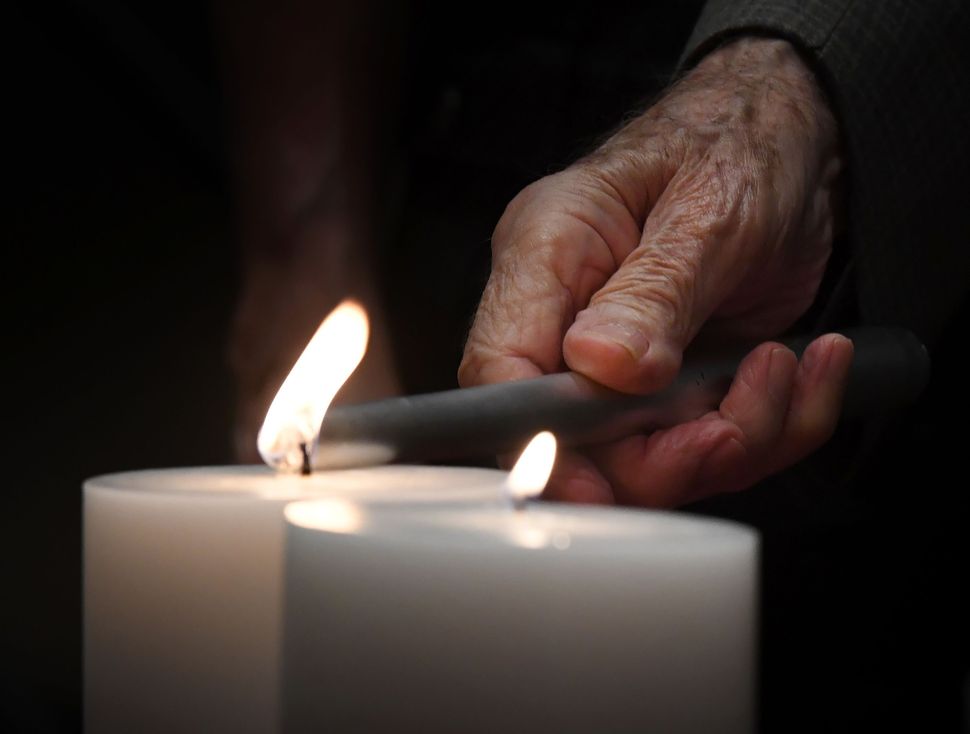 Avram “Avi” Lyon, who died on April 1 at age 76, was more than just a labor activist defending the rights of downtrodden workers. He epitomized a holistic approach to Jewish ethics and culture. With crystalline clarity, he linked Jewish ethics as an indissociable element of Jewish ritual. As former head of Jewish Labor Committee, he continued in the tradition of this organization founded before World War II to assist Jews and others persecuted by Fascism, as explained in a prize-winning history by the French author Catherine Collomp, overdue for translation into English.

Serving on the boards of the Forward Association and Ameinu (Our People), a community of progressive American Jews seeking social and economic justice in Israel and the United States, Lyon possessed an ear for the snappy journalistic sound bite. In a March 2005 interview in “Jewish Currents,” he observed, “The AFL-CIO is more of a confederation than a federation and cannot impose its will on its member unions. It’s is very much like herding cats.” His sometimes wry wit combined with acute family consciousness was likewise on display in “My Grandfather, the Horse Thief,” an article recounting how Lyon’s grandfather stole a horse in Russia to get the money to pay for his passage to the United States, thereby fulfilling his dream.

In 2008, as a union consultant monitoring the notorious Agriprocessors slaughterhouse and meat-packaging factory based in Postville, Iowa, Lyon’s empathy extended to new immigrants abused by an employer. Once the largest kosher meat-packing plant in the United States, Agriprocessors faced accusations of mistreatment of cattle, pollution, and a series of alleged violations of labor law. About what he saw there, Lyon told The Jerusalem Post in June 2008: “It’s proof you can’t separate one part of Jewish law from other parts of Jewish law.”

His holistic view of Jewish life brought a refreshing clarity to such distressing circumstances. Asked whether the plant could regain its former production schedule, he told the Des Moines Register in November 2008: “I’ve seen rabbits get pulled out of hats before… But it would have to be an awfully big hat and a big rabbit to keep this plant going.”

His heritage gave him a profound and constant understanding that for Jews, as for non-Jews, earning a living without threat to life and limb was an essential goal of life. The media’s fascination with industry kingpins rarely allows room for light to shine on the fates of the vast majority of workers, vulnerable to the vagaries of employers. Immediate empathy of the kind the Chicago-born Jewish journalist Studs Terkel displayed in his classic “Working” is not given to every labor activist.

Lyon’s own understanding of the human dimensions of the issue may have been influenced by his family experiences in the world of Jewish food preparation. As he wrote in The Forward in December 2007, he was an enthusiastic home cook inspired by his mother’s expertise in traditional Southern cooking. Yet he stopped watching the southern cook Paula Deen’s Food Network TV show six years before Deen was removed from the air after accusations of racism. Even before this, Lyon objected to Deen’s endorsement of Smithfield products, since he was well aware of how the Smithfield Foods meat-processing company treated its workers. Lyon informed Forward readers, “I come by my love of southern cooking genetically.” He silently implied that his strong sense of ethics related to food also emerged from the same source.

Connecting the way animals are handled to the way people who work with them are treated possibly demands a certain philosophical sophistication, as seen in the works of the French Jewish animal rights campaigner Élisabeth de Fontenay. Yet Lyon was more preoccupied with ethics. In July 2008, he told the blogger Leah Koenig: “Ultimately, the entire kashrut industry is built on trust.” As a result of the Agriprocessors scandal, he asserted, “What’s really gone on here is that trust has been shaken to the core. People are suddenly saying, ‘We don’t trust.’”

Building and maintaining that sort of trust over generations was a demanding project, requiring the involvement of young people. After his childhood in Washington, D.C., he worked with the Jewish Agency for Israel at the time of the 1967 Six-Day War. Lyon helped to place some of the 7500 or so volunteers who rushed to Israel to help. With typical practical-mindedness, Lyon saw that good intentions were not enough. Decades later, he continued the outreach to the next generation, and also to non-Jews, by initiating a labor Haggadah.

As he told Jewish Currents, “We’ve also started a program of labor seders using our labor Haggadah — which is traditional in format, but incorporates quotes from labor leaders, civil rights leaders, and social justice thinkers. The purpose of the seders is to bring Jewish community leaders and labor leaders together. They have to pass food to one another, read and take part, and each sees that the other doesn’t have horns…. You always have to have a broader base of support built on a community of interests, and the only way to have that is by really working at it and getting involved with other ethnic and coalition groups in a major way. The labor movement is an important part of the Jewish past and the Jewish present, and is an important ally to the Jewish community.”

Strength derived from unity, to be sure, but also from an integral view of Jewish life, where interconnectedness between ritual and ethics reflects empathetic links between people. Essential renewal and continuity in Lyon’s life and thought remind us of the High Holy Day liturgy from the Book of Lamentations: Chadeish yameinu k’kedem(Make our days new, as they were in the past). Empowered by rare empathy and understanding, Avi Lyon represented this kind of renewal.