At Henry Street, The Fight For Immigrant Rights Endures 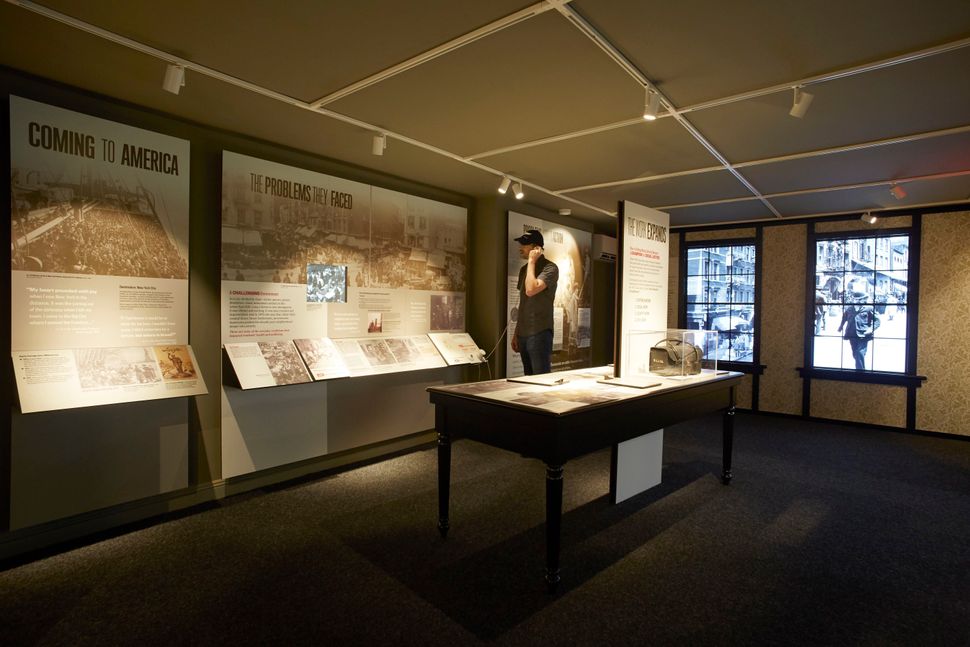 “Scorn of the immigrant is not peculiar to our generation,” the progressive reformer and nurse Lillian Wald wrote in “The House on Henry Street,” the memoir she wrote in 1915.

That was 22 years after she had traded in her plan to become a doctor for a life spent helping the polyglot residents of the crowded tenements of Manhattan’s Lower East Side. At the Henry Street Settlement, which she established 125 years ago, she both ministered to scores of newcomers who settled in the ever-industrializing neighborhood through the visiting nurse service, which she founded, and pioneered an array of social programs and initiatives that so many now take for granted.

“We extrapolated that one in six Americans has been impacted or touched by a program that was pioneered at Henry Street,” said David Garza, the organization’s executive director. “You see something like a playground — how many of us have been in a playground? How many have had a lunch at school that was free? How many have had a nurse visit someone who needed homecare?”

Conditions on the Lower East Side in Wald’s day were squalid and, Garza said, Wald felt “that if people only knew, they would surely do something about it. So we’ve really internalized that responsibility.” 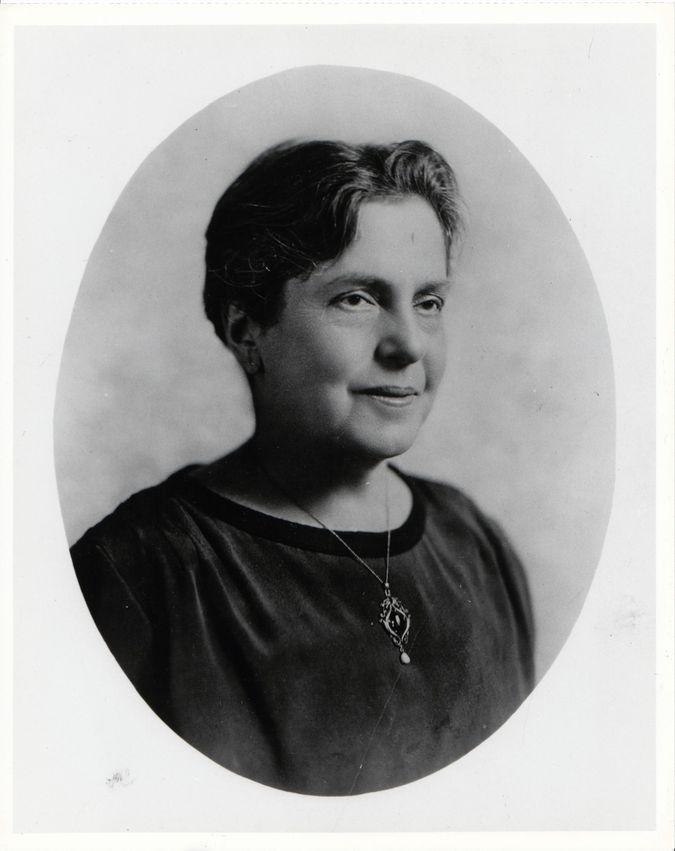 To that end, the Henry Street Settlement launched a permanent exhibit last fall. It celebrates Wald’s commitment and achievements as well as those of the still-thriving settlement house. It now serves more than 50,000 people each year through offerings that range from arts programming to transitional housing to computer access to Meals on Wheels. In 2018, it raised $20 million in its capital campaign, and this spring it is expanding its footprint with the addition of a renovated firehouse next door. Abandoned after the 9/11 attacks, the fire house was sold by the city to the Henry Street Settlement for $1.

Funded in part by a grant from the National Endowment for the Humanities, the interactive exhibit details, among other things, how Wald came to be located at the forefront of the progressive movement in America.

Born in 1867 into a middle- to upper-class Jewish immigrant family, she moved to New York City from Rochester, New York, to do “serious, definite work,” she wrote in a nursing school application in 1889. She was set on leaving the path of “a type of modern American young womanhood, days devoted to society, study and housekeeping duties.”

Nursing “was an alternative for her to getting married and having kids. It was a sanctioned option for women,” according to Katie Vogel, a public historian in residence at the settlement who gives tours of the exhibition and who oversaw the creation of a parallel online exhibition.

Vogel says Wald had set her sights higher still, hoping to become a doctor, a rarity at that time for a woman, and that she was enrolled in medical school in 1893 when she made a fateful pivot.

A young girl had broken the into Lower East Side classroom where Wald was teaching home nursing and begged her to come to the dirty, unheated nearby tenement where the child’s mother was near death. The mother had just given birth, and the physician who had attended to her fled when it became clear that the family had no money to pay him.

“She calls that her ‘baptism of fire’ moment,” Vogel said, “because it was the first time that she witnessed those conditions up close in a way that she understood how all the factors of poverty all come together.”

In short order, Wald ditched her studies and became a settlement movement pioneer.

In her high-ceilinged dining room, she seated New York elites at the same table with impoverished neighbors in the hope of achieving better mutual understanding. When she saw children playing on a sewage-streaked street, she turned her backyard into a community garden. When she realized that children lacked a quiet room for school work because tenements were filled with piece workers, she created study halls.

She took pains “to provide English classes or cooking classes so people had the skills to thrive and succeed here in their new country,” Vogel said. “Where she differed and had a more progressive approach was, she didn’t think that [this] required people giving up their culture, as well, and thought the contributions of immigrants should be celebrated.”

Opposing “Americanizing” newcomers at that time was a bold stance, but Wald “thought immigrants’ culture should be valued.”

In addition, Wald was an outspoken proponent of equal rights and justice for women and people of color, and she was a founding member of the NAACP. She established settlement house branches in neighborhoods that had larger African-American populations so that they, too, would have access to her organization’s services. 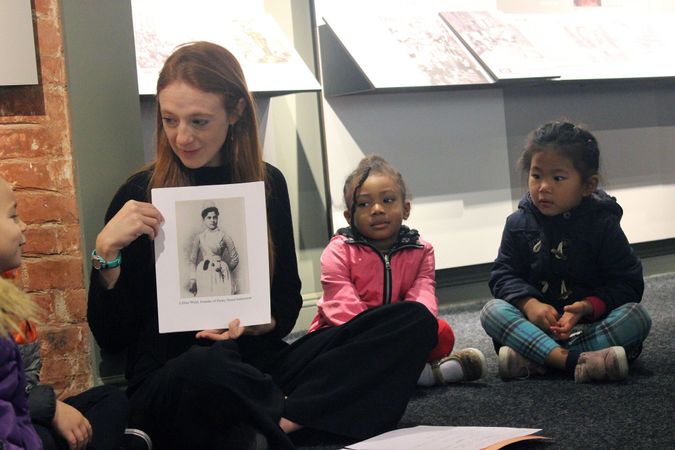 And, perhaps most radical of all, she rejected the dominant idea of her time: that poverty is a personal moral failing. Instead, Wald believed that it results from an ecosystem that encompasses everything from access to clean drinking water to, these days, access to the internet. She embraced a holistic approach to serving others, one that acknowledged the interdependence of physical, mental and spiritual health, and she took great responsibility for those less fortunate than she was.

“As a nation, we must rise or fall as we serve or fail these future citizens,” Wald wrote, and her words remain eerily salient as debates rage over the morality of a wall on America’s southern border and over the detainment of immigrant children. Elsewhere, Wald observed that “only through knowledge is one fortified to resist the onslaught of arguments of the superficial observer who, dismayed by the sight, is conscious only of ‘hordes’ and ‘danger to America’ in these little children.”

“Sometimes the fact that we’re working on the same issues — immigrant rights, access to affordable housing, access to health care — it’s inspiring and it’s daunting,” Garza said. “Using our history and level of commitment and depth of conviction to fight for these important human rights and progressive ideals — these are the most important things that define human dignity.”

This article was sponsored in part by the generosity of the 21st Century ILGWU Heritage Fund.

*The Fourth Annual Lillian Wald Symposium: “A City of Extremes: Can New York’s Housing Affordability Crisis Be Solved?” will be held on April 10, 2019, from 6 to 8 p.m

At Henry Street, The Fight For Immigrant Rights Endures