Adult Swim’s ‘Lazor Wulf’ Is A Show About A Laser Wolf, Not The ‘Fiddler’ Butcher, Lazar Wolf 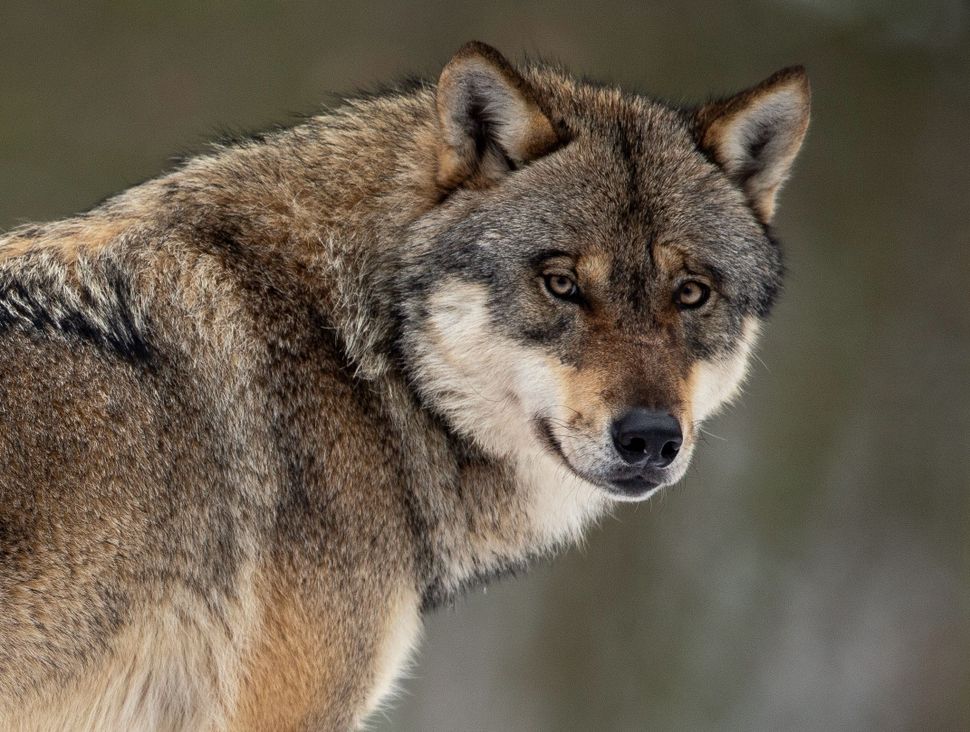 Lazar Wolf is a creation of the great Yiddish fiction writer Sholem Aleichem. He is Anatevka’s village butcher. In “Fiddler on the Roof,” the 1964 musical treatment of Aleichem’s Tevye the Milk Man stories, Wolf is best remembered for being a wealthy older suitor to Tevye’s daughter Tzeitel. He doesn’t end up marrying her (Motel the tailor does), but he has bragging rights. Lazar Wolf’s name is easily the sickest one in the shtetl, redolent of both a cool future-weapon and a rad animal.

“Lazor Wulf” is a new Adult Swim series about an animated blue wolf with a laser mounted on his back. Show creator Henry Bonsu has yet to reply for comment about whether “Fiddler” or Aleichem’s writings inspired his cartoon or if this is all simply some grand conspiracy by the collective unconscious to take a Yiddish given name to its most absurd extremes.

In an interview with Animation Magazine, Bonsu (who himself shares the name of an English radio broadcaster fired for the BBC for being “too intellectual”) claimed the idea for “Lazor Wulf” came from a dream he had “about making a cartoon about a wolf with a laser on his back…. It just grew from a joke and became this Tumblr comic.”

From Tumblr, the show – which does not star a Jewish butcher, but does feature God, a bigfoot (King Yeti), a teal wolf with a Geordi La Forge-style visor and a cannon on his back (Canon Wulf) and a dumb horse (Dumb Horse) in addition to the title character – earned a Sunday slot on Cartoon Network’s adult programing block.

What’s it about? In the first episode, the aforementioned ensemble eats a lot of mozzarella sticks at a restaurant called “Esther’s” which Canon Wulf winds up destroying in a rage when he learns that Dumb Horse stole one of his appetizers. Dumb Horse gets blamed and recreates Esther’s after viewing LaserDiscs of the restaurant’s old training videos. While that happens, Lazor Wulf plans a pre-death party, anticipating his starvation from the unexpected closure of Esther’s (he claims he’s allergic to all food that doesn’t come from there). Meanwhile, God and His companion, a guy in shades named Wallace, try to order takeout.

In the second episode, God, here a disembodied bald head with a beard composed of cumulus clouds, receives a physical from a black cartoon version of Kelsey Grammer, whom God mistakes for the thespian’s longtime character Frasier Crane. The physical determines that God has “No Chill” and needs a vacation. God then orders a Sabbath in the form of “Bike Week for a Day,” stating “When I vacation the whole damn world vacations.”

God transforms the world into a Dikembe Mutombo-themed beach destination. Lazor Wulf, upset that he’s being made to relax, flaunts the day’s work prohibition, which leads to a confrontation with his maker. All of this is presented with pops of vibrant 1980s palette colors; hip-hop fashion; winsomely round-edged character designs; and the voice talents of rapper Vince Staples, wrestler Big E and Reginald VelJohnson of “Family Matters” fame.

So what’s Jewish here? Well, God’s Sabbath and His decidedly Torah-forward presentation. The God of the Gospels is comparatively chill and this God only remembers His more forgiving Christian mode after exacting some vengeance on mankind. “Back in the B.C. I would have turned all you asshats into salt,” God declaims, annoyed by the bikers celebrating the day off He granted them.

There’s also the name Esther, some Jewish producers who can be spotted in the credits and Lazor Wulf’s Eugene Levy-esque eyebrows. All this and the perhaps entirely coincidental homophonic name of two characters: one a widower and kosher butcher, the other an inexplicably-weaponized canine who likes getting stoned with his friends and gorging on fried food. (The fact that Lazor Wulf lost his treyf meat product friend, “Battle Ham,” in the jump from Tumblr comic to cartoon does help the resemblance somewhat).

Though it’s still early in its run, “Lazor Wulf” has been getting some positive reviews for its first season – a season so far laden with more happiness than tears.

Adult Swim’s ‘Lazor Wulf’ Is A Show About A Laser Wolf, Not The ‘Fiddler’ Butcher, Lazar Wolf