After The Revolution, Joshua Furst Finds The Cost Of Freedom 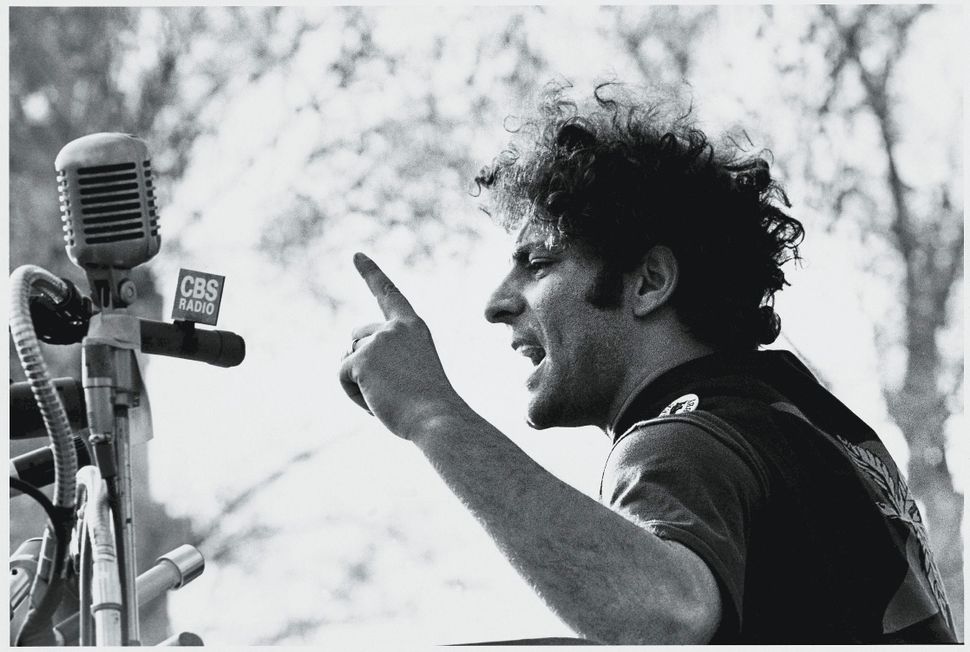 It’s hard to write historical fiction about recent history. That’s because history itself is, or has become, its own kind of fiction, told and retold, preserved in sound and image, as if these were windows we might open and climb through. Want to see Abbie Hoffman at the 1968 Democratic National Convention? Just type the words into a search engine, and there he is, looking as if he never died. Phil Ochs at Folk City? A finger stroke or three, and you have traveled back in time. This is less of an issue when engaging with an era before our mania for electronic preservation began to overwhelm the present with the past. But in an age in which memory has grown collectivized, “a dream dump. A Sargasso of the imagination,” to borrow a phrase from Nathanael West, we know too much and also too little. Or, maybe it’s that the strands — what we can look up and what we think we remember — get jumbled inside us, until the border between history and fiction is irrevocably blurred.

This is both the challenge and the problem faced by Joshua Furst’s second novel, “Revolutionaries.” Narrated by the adult son of a 1960s radical named Lenny Snyder, the book operates almost entirely in retrospect, both for us as readers and for its narrator. Lenny is a Hoffman proxy, sharing large chunks of the late Yippie movement leader’s biography, and his son, now known as Fred, short for Freedom — “Call me Fred. I hate Freedom,” he announces in the opening sentences of the novel, a revealing double meaning — is desperate to come to grips with the father he never truly knew. Furst, a Forward contributing editor, telegraphs these intentions with his epigraph, taken from Che Guevara: “The true revolutionary is guided by a true feeling of love.” That’s the conundrum of the book right there, and it suggests that the title is both ironic and utterly unironic, setting up a story that will use politics to explore the inadequacies and complications of the heart. As Fred observes matter-of-factly, reflecting on his parents: “[T]he truth was always the opposite of whatever you were told it was supposed to be.”

The idea of reframing the radical sensibilities of the 1960s through a novelistic lens is not a new one; I think of Dana Spiotta’s “Eat the Document,” Hari Kunzru’s “My Revolutions” and Christopher Sorrentino’s “Trance,” all of which examine revolutionary politics as almost an existential search for meaning, the stuff of a personal transformation as much as a public one. Like the first two of these books, Furst’s novel seeks a kind of context, that of the survivor looking back. Like the third, it conflates fictional characters with historical personalities: Allen Ginsberg, William Kunstler, Bobby Seale. But if Sorrentino had a narrative reason for this sort of blending — in his novel, which reimagines the kidnapping of Patty Hearst, those who lived through the tumult have been reimagined, whereas those who died have not — Furst never quite makes a similar aesthetic case. Rather, his real-life figures appear to be included mostly for the sake of verisimilitude. Even when they factor into the narrative (Kunstler, for instance, becomes Lenny’s attorney), it is more or less as window dressing, or perhaps as a set of reference points. 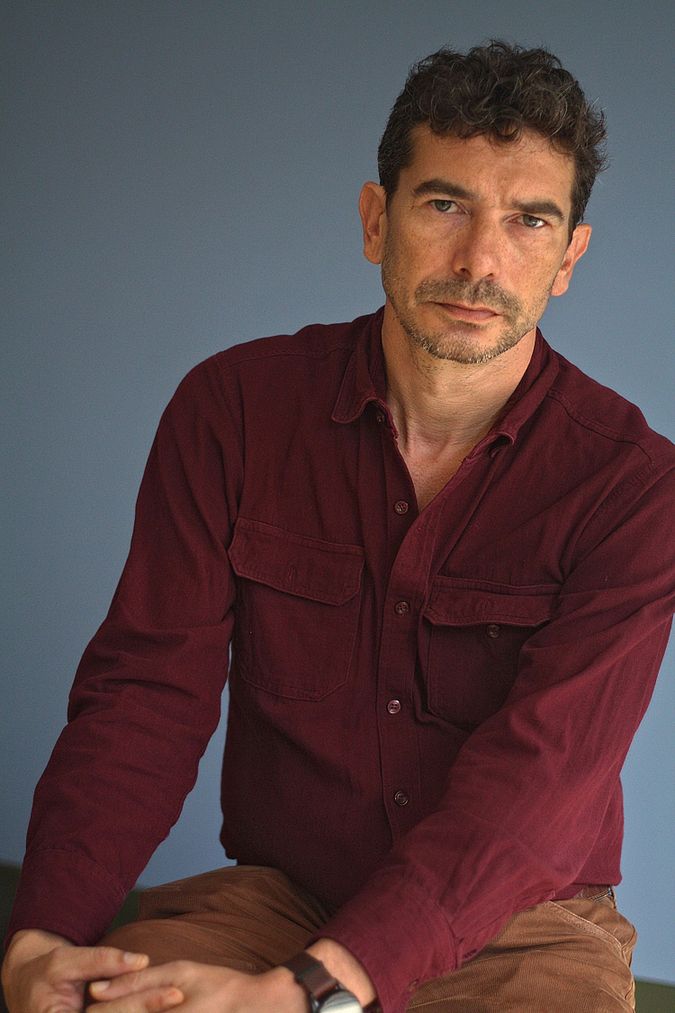 Joshua Furst, author of ‘Revolutionaries’ Image by Courtesy of Knopf

That’s especially true of Ochs, the pioneering folk singer who, along with Hoffman and Jerry Rubin, helped to found the Yippies, and hanged himself in 1976 at the age of 35. Throughout “Revolutionaries,” he functions as something of a surrogate father to Fred after Lenny (not unlike Hoffman) is arrested on what he always claimed were trumped-up cocaine charges and then goes underground. For Hoffman, the arrest represented a kind of fulcrum, a turning point. It was the 1970s, and the revolution had dissipated; drugs were less a source of liberation than they were another yoke of servitude. Lenny, on the other hand, is not so nuanced. He has no defense other than to justify himself. “Like they weren’t coked up too,” he grumbles to his son late in the novel. “Like the whole world hadn’t been coked up back then.”

What makes such an exchange stand out is that it is among the few moments in “Revolutionaries” during which Fred and Lenny interact as adults. For the vast majority of the novel, the perspective is far tighter: Fred recollecting the events of his childhood with no real indication of what has happened in the decades since. It’s unclear whether such a strategy is meant to engage us as collaborators, completing the gaps in the story — which represents a blurring of a different sort. The more we see Hoffman in Lenny, or Rubin in the character of Sy Neuman, the more we read with a double vision, layering the actual person over the fictional one. Whatever the intention, the effect is to leave us in an uncertain middle territory in which neither the history nor the fiction is sufficiently enlarged. The same is true of the book’s close focus, the way Fred barely comments on his story, even as it is clear that he is telling it from the perspective of a present moment in which he seems to want nothing so much as to set aside his past. “By the time Lenny was the age I am now,” he acknowledges, “he’d changed the world — or, anyway, that’s what he would have claimed. And me? I’m just some dude who’s done some carpentry. Some bathroom restoration. Sustained myself by staying out of sight.” 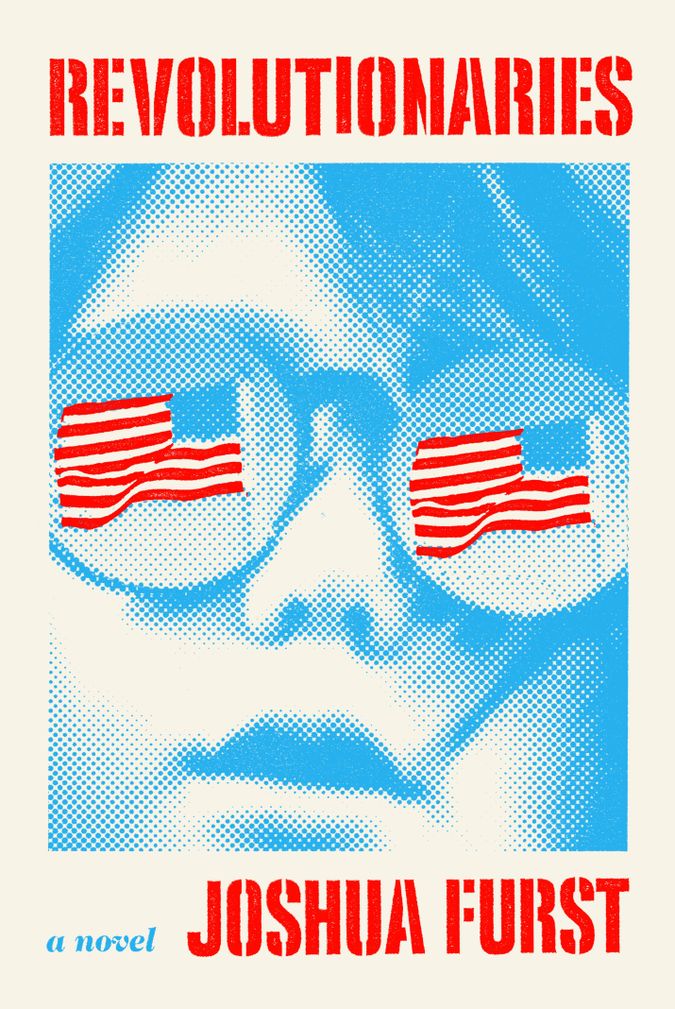 All this raises a set of necessary questions: Why is Fred telling us about it now? Even more: Where is he as he unburdens himself? Also: Who is asking him to discuss his father’s life? On a certain level, these inquiries sit at the center of any first-person fictional narration; believing the voice is the first in a series of necessary suspensions of disbelief. At the same time, the fact that we never get the answers reduces the scope, the perspective, of the novel, making it feel a little bit claustrophobic, a little bit small. The difficulty isn’t the story, which — like the life of Hoffman — is, by turns, romantic and overplayed. Here, we see the price of becoming an icon: that your identity can fall away beneath the projection of all those who hold you in their gaze. It’s as true of Lenny as it was of Hoffman; it is even true, to some extent, of Fred.

Without that broader sense of context, of Fred’s motivation, what it means to him, “Revolutionaries” never quite transcends itself. “[M]aybe,” he reflects, “this was the freedom Lenny and my mother had dreamed of, but it felt to me more like a wasting away into nothingness.”

David L. Ulin is the author or editor of 10 books, including “Sidewalking: Coming to Terms With Los Angeles.” He is the former book editor and book critic of the Los Angeles Times.

After The Revolution, Joshua Furst Finds The Cost Of Freedom