This Haggadah Is Different From All Other Haggadot 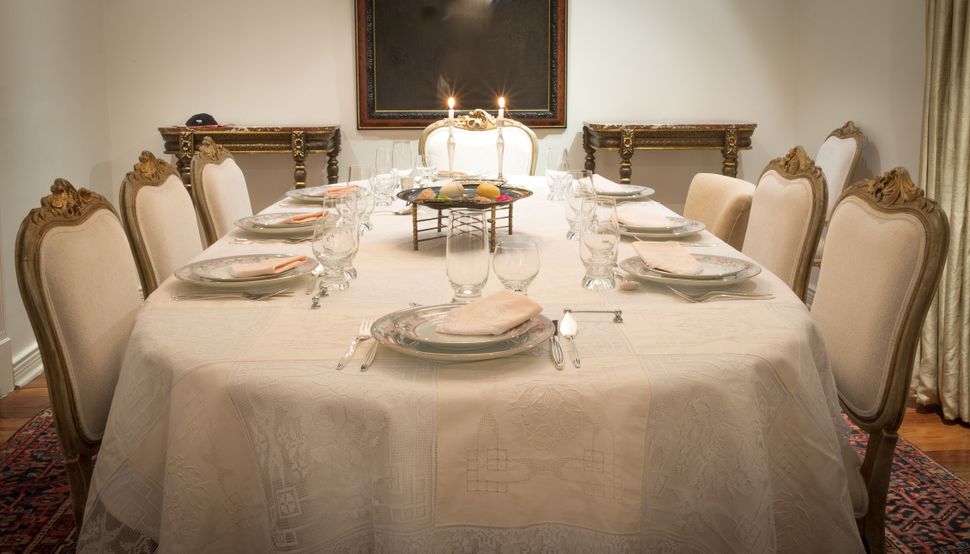 The Seder Table Image by iStock

Faith and Freedom: Passover Haggadah with Commentary from the Writings of Rabbi Eliezer Berkovits

“What is Freedom?” is a good question for Seder night. A new Haggadah offers a surprising answer.

“Faith and Freedom” — compiled by Reuven Mohl, a dentist (full disclosure: he’s my dentist) with a passion for the philosophy of Rabbi Eliezer Berkovits — pairs prominent ideas from the twentieth century Orthodox rabbi, theologian and educator with prompts from the text of the Haggadah itself.

Berkovits is an intriguing choice for a Haggadah commentary precisely because his thought about God’s role in history runs counter to the basic thrust of the Haggadah. On Seder night, we read of God’s direct intervention in the affairs of the Egyptian empire in order to spare the Israelites. And we may make no mistake about it: Ani v’lo malach, Ani v’lo saraf – “I, God, did this, and not any type of intermediary,” the Haggadah reminds us. Even the name of Moses, the human leader most responsible for the exodus (see “Prince of Egypt!”) is all but omitted from our Seder guidebook.

The post-Holocaust theologian, Berkovits, on the other hand, is best known for arguing that human suffering is a necessary possibility when God gives humans free will. In “Faith After the Holocaust,” he asserts that the decimation of six million Jews was not an act of Divine punishment; nor should it be the subject of theodicy, that is, it’s not relevant to the usual question of why bad things happen to good people. Instead, he responds to the profound challenge to faith that the Holocaust presents by arguing that it reveals a deep truth: humanity itself cannot exist without innocent people getting hurt. 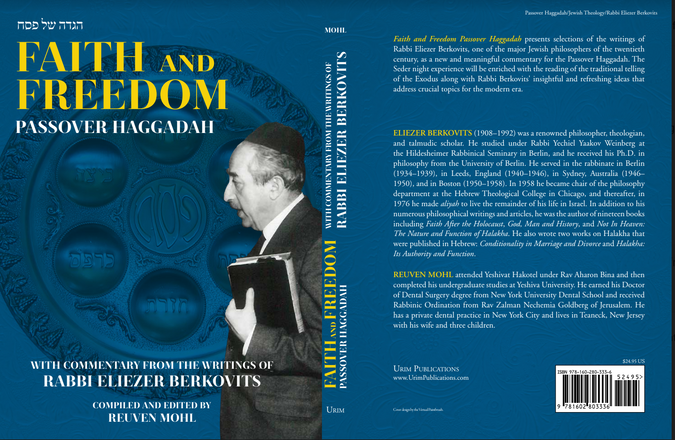 The argument goes as follows: in order to achieve goodness, people must have freedom of choice. God cannot force people to be good because with no agency, human actions are not proof of goodness. So, if humanity is to have free will, then God must allow victims to suffer at the hands of those who are evil, waiting for the wicked to turn from their ways. Human suffering, in other words, is inherently connected to human freedom. Or to be more provocative about it, human suffering is a result of God’s beneficence, God’s willingness to allow humans to exist.

Imagine the juxtaposition of ideas, the tension created by placing the text of the Haggadah at the top of a page and Berkovits’s thought as commentary underneath. At the top of the page, in the text of the Haggadah itself, we extol God’s miraculous interference in history to save us; this is God’s goodness. And at the bottom of the page, in the Berkovits commentary, we read how important it is for God generally not to intervene in history! Mohl does not shy away from creating this tension. Commenting on Hallel’s declaration that God is good — Hodu La-HaShem Ki Tov — Mohl cites the following passage from “Faith After the Holocaust”:

God cannot as a rule intervene whenever man’s use of freedom displeases him… If there is to be man, he must be allowed to make his choices in freedom. If he has such freedom, he will use it. Using it, he will often use it wrongly… As he does so, there will be suffering for the innocent. (“Faith After the Holocaust,” 104-5; Mohl, 126)

While this perspective shows profound faith — asserting that God sees and chooses not to intervene, not out of cruelty or ineffectiveness, but out of a desire to allow humanity to exist — it is a different type of faith than that which rings loudest in the Haggadah’s text.

And yet Berkovits’s theology also recognized open miracles; he believed that God does intervene in dire circumstances, and the exodus from Egypt is in fact the archetype of such explicit Divine involvement. This too can be found in the pages of Mohl’s Haggadah. Appropriately, Mohl places this aspect of Berkovits’s thought as the commentary to the Dayenu hymn, celebrating the many miracles of the exodus:

Man’s own exercise of his freedom may at times necessitate God’s corrective intervention. When does this happen and when does it not happen? Only one who was admitted into the divine council at the time of creation, and to whom the divine purpose is known, would know the answer. (“The Miracle: Problem and Rationale,” Gesher, 13-14; Mohl, 77)

Consequently, there is no direct contradiction between the Haggadah and Rabbi Berkovits’ views, though the latter emphasizes that the exodus is not and should not be the norm for Divine involvement in history, except in true emergencies, because it negates human freedom. It negates the ability for humans to choose to do good.

But a neat distinction between moments of explicit Divine intervention and complete self-restraint, is also incomplete. Because Berkovits also believed that even where God does not affect intra-human affairs explicitly, God somehow guides the direction of history. How else, he wonders, could the Jewish People have survived this long? And this nuance, Mohl appropriately includes next to the introduction to the recitation of Hallel — the song of joy and gratitude to God:

Yet He is present in history. He reveals His presence in the survival of His people Israel. Therein lies His awesomeness. God renders Himself powerless, as it were, through forbearance and long-suffering, yet He guides. How else could His powerless people have survived! God protects, without manifest power. Because of that, Israel could endure God’s long silences without denying Him. (“Faith After the Holocaust” 109; Mohl, 88)

Mohl never directly addresses the dynamic between the main texts of the Haggadah and Berkovits’s layered theology; he does not aim to comment on the thought of Berkovits. Instead, the Haggadah’s value is in allowing this scholar’s words to speak for themselves in a provocative way that inspires the reader’s own reflections. These different facets of Berkovits’ thought regarding Divine self-limitation, power and guidance of history are, in fact, scattered in different sections of this Haggadah. And unless you read through the commentary in full, you may miss them. But just as reading the full text of the Haggadah itself — with its disparate parts accrued over centuries — demands that the reader make the book whole, reading through the Berkovitsian interpretation of the Haggadah makes a similar demand. And the reward is a rich portrait of a prolific thinker.

To be sure, there are other stimulating dimensions of Rabbi Berkovits’ philosophy in this Haggadah, and Mohl has truly done a yeoman’s job of filtering the main aspects of Rabbi Berkovits’ thought into accessible snapshots. Read compositely, it is a brief tour of his philosophy as a whole. And read in pieces at the seder table, each snippet provides fodder for profound discussion.

Nonetheless, the very use of a theologian whose post-Holocaust notions of faith and freedom are so iconoclastic to understand the exodus is a major contribution in itself. Studying this Haggadah, you won’t be able to take the yad hazakah, the strong and outstretched hand that saved the Israelites from bondage, for granted ever again.

Dr. Elana Stein Hain is Scholar in Residence and Director of Faculty at the Shalom Hartman Institute of North America.

This Haggadah Is Different From All Other Haggadot