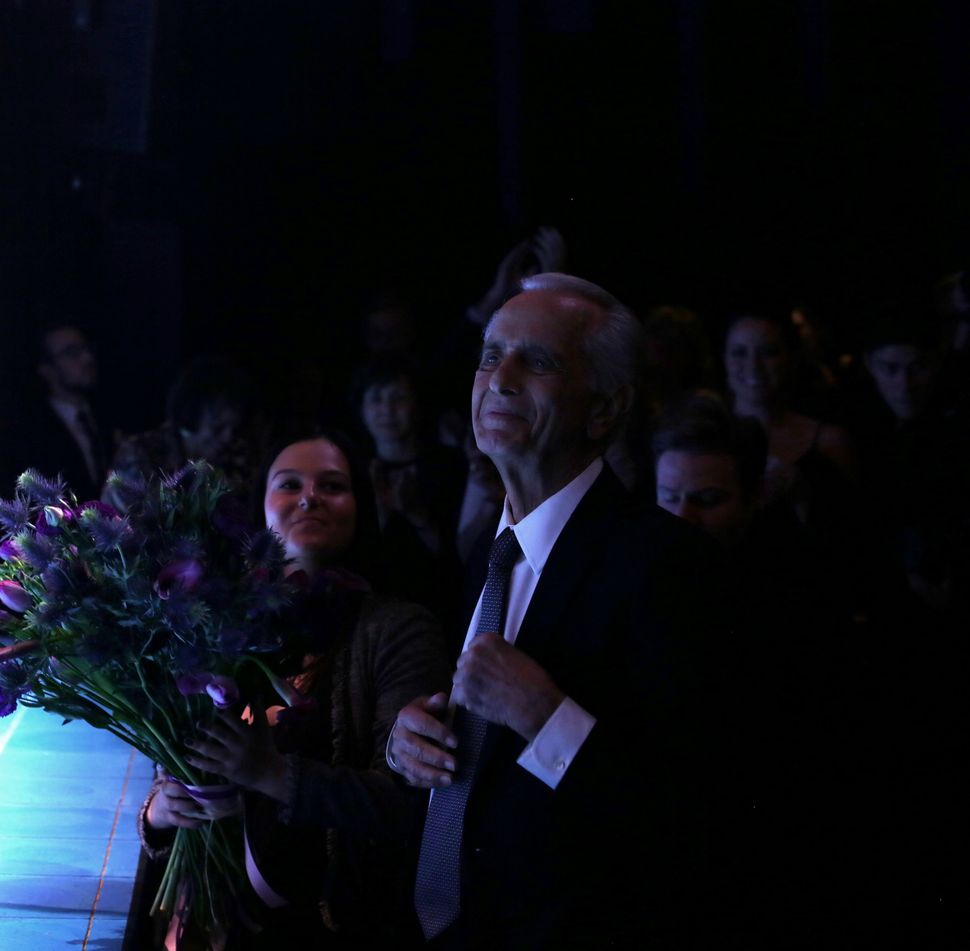 Playwright Mark Medoff during the Broadway opening night performance for ‘Children of a Lesser God’ at Studio 54 Theatre on April 11, 2018. Image by Getty/Walter McBride/Contributor

“Children of a Lesser God” playwright Mark Medoff, whose work elevated deaf actors on stage and screen, died April 23 at the age of 79. Medoff had been battling cancer and passed away in hospice care, Las Cruces Sun News reported.

Medoff was born to Jewish parents in Mount Carmel, Illinois on March 18, 1940. He was raised in Miami Beach.

The playwright had an early run of successes on the 1970s Off-Broadway circuit, including “When You Comin’ Back Red Ryder,” which won Drama Desk, Obie and Outer Critics Circle awards in 1974. But Medoff’s biggest career success came from his Broadway debut.

“Children of a Lesser God,” which won the 1980 Tony Award for Best Play, tells the story of a hearing speech therapist, James Leeds, and a cleaning woman at a school for the deaf, Sarah Norman, who rejects his efforts to teach her to speak. Medoff was inspired to write the play after meeting Phyllis Frelich, a deaf actress, and her husband Robert Steinberg, an actor and lighting designer. Frelich debuted the role on Broadway and won a Tony for Best Actress, becoming the first deaf actress to do so.

In 1986 the play was adapted into a film by Medoff and Hesper Anderson. It made a star of Marlee Matlin, who, like Frelich, made history by winning the Best Actress Oscar for her performance. She was the first — and so far only — deaf actor to take home an individual Academy Award.

The play was revived on Broadway in 2018 in a production starring Joshua Jackson and Lauren Ridloff. Ridloff received a Tony nomination for her performance.

Stars and public figures including Matlin paid tribute to Medoff on Twitter after news of his passing became public.

Mark Medoff, the brilliant mind behind the Tony Award winning play, “Children Of A Lesser God,” has passed at 79. He insisted and fought the studio that the role be played by a deaf actor; I would not be here as an Oscar winner if it weren’t for him. RIP Dear Mark. pic.twitter.com/wpIJJqW00x

Playwright Mark Medoff passed away today. He essentially discovered me, I owe my career to him. Wrote Clara’s Heart, championed me for the role. Without him, I’d be nowhere. RIP, Mark. Thank you. Sending love to his amazing family. pic.twitter.com/H6VhNtJzyV

Mark Medoff leaves a tremendous legacy. My deepest condolences to his family and the students who loved him. pic.twitter.com/3uoPfttWXt

For over 50 years, beginning in 1966, Medoff was a professor at New Mexico State University, where he first workshopped “Children of a Lesser God” and co-founded the university’s American Southwest Theatre Company. He is survived by his wife, Stephanie Thorne, three daughters and eight granddaughters.