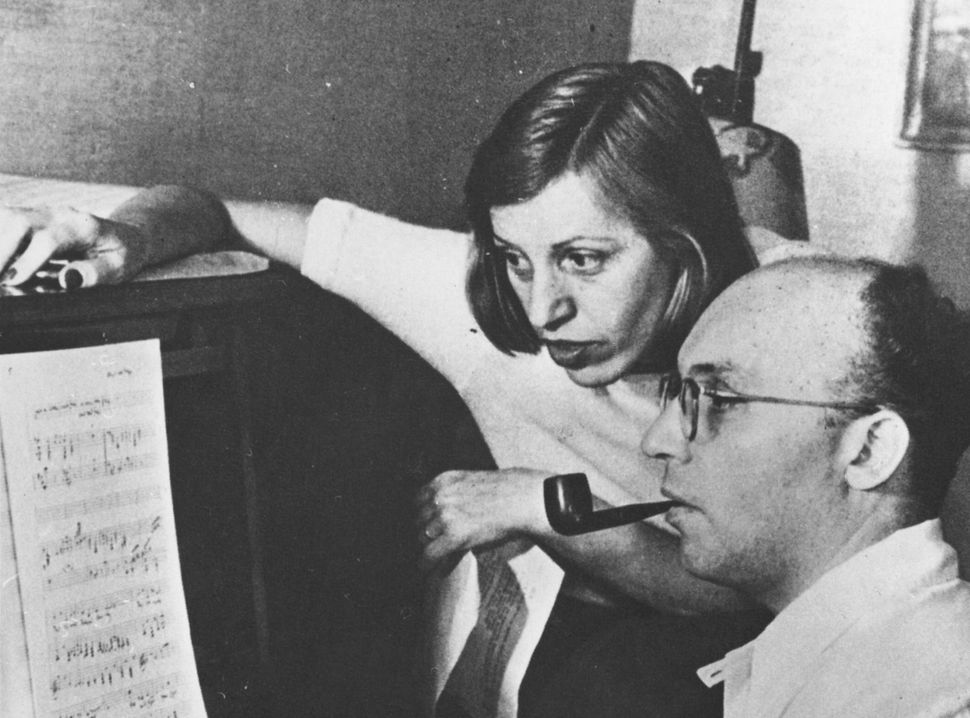 A little-known — and very Jewish — opera by Kurt Weill is scheduled to debut in a fresh translation prompted by new insight into why the work remained obscure.

Weill, a composer known for his collaborations with the playwright Bertolt Brecht, wrote the comic opera “The Tsar Wants His Photograph Taken” with librettist Georg Kaiser in 1927. But it stopped being performed just a few years after its premiere, when, starting in 1933, the new Nazi government of Weill’s native Germany began a campaign to stifle Jewish artists.

The opera — an example of Zeitoper, a genre of contemporary satirical musical theater — deals with a bungled assassination attempt on a fictional tsar. It was first performed in Leipzig in February 1928, with a later production in March of that same year in Altenberg. Other notable performances are few, including a 1993 production at Santa Fe Opera in New Mexico and the opera’s 1986 U.K. premiere at Bloomsbury Theatre in London. According to new research from University College London, which is returning the show to Bloomsbury Theatre for a one-night-only performance May 4, the Nazis labeled the work “degenerate” due to its inherently Jewish concerns.

“The plot deliberately revolves around what a European audience would have assumed were a set of really stock Jewish characters, not only a pioneering woman photographer, who were nearly all Jewish then, but also a group of anarchist terrorists,” Michael Berkowitz, a professor of Jewish history at UCL who has conducted new research into the opera, told The Guardian. Citing such groundbreaking female photographers as Lotte Jacobs and Elli Marcus, Berkowitze added that “Portrait photography was done by Jewish women because they were educated, yet lower class enough for a job seen as slightly distasteful, since you had to deal with sitters.”

“The Nazis stopped it being performed not just because of what then would have been its obvious Jewishness, but because it was not a black-and-white story,” Berkowitz said. “They liked straightforward morality.”

In the opera, which UCL is producing in a new translation by the show’s director, Leo Doulton, an unnamed tsar arrives in Paris to sit for a photographer named Angèle. (The last tsar, Nicholas II, was murdered with his family in 1918; the opera is set in 1914.) A quintet of anarchists swaps Angèle out for one of their own and plants a gun inside her camera with the aim of killing the tsar. Comedy ensues when the fictional Russian autocrat falls for the fake Angèle. It all ends with the tsar escaping unscathed — and with a handsome portrait of himself, to boot.

Doulton told The Guardian that the opera’s madcap plot reflects the cultural presence of anarchists at the time of its writing, but seeks to lessen anxiety around their actions by presenting them as inept. (Jewish anarchist leaders like Gustav Landauer and Erich Mühsam, active in the 1918-1919 German Revolution that led to April-May 1919 Bavarian Soviet Republic, may have served as inspiration.)

Unlike later works by Weill, including “The Threepenny Opera” — which launched the jazz standard “Mack the Knife” — the music of the show is continuous, rather than separated into discreet musical numbers. It also has a tango portion that provides a foretaste of Weill’s later, jazzier work.

“It is a gorgeous opera,” Berkowitz said, “and it has made me wonder what other pieces were lost when they fell out of favor with the political regime.”