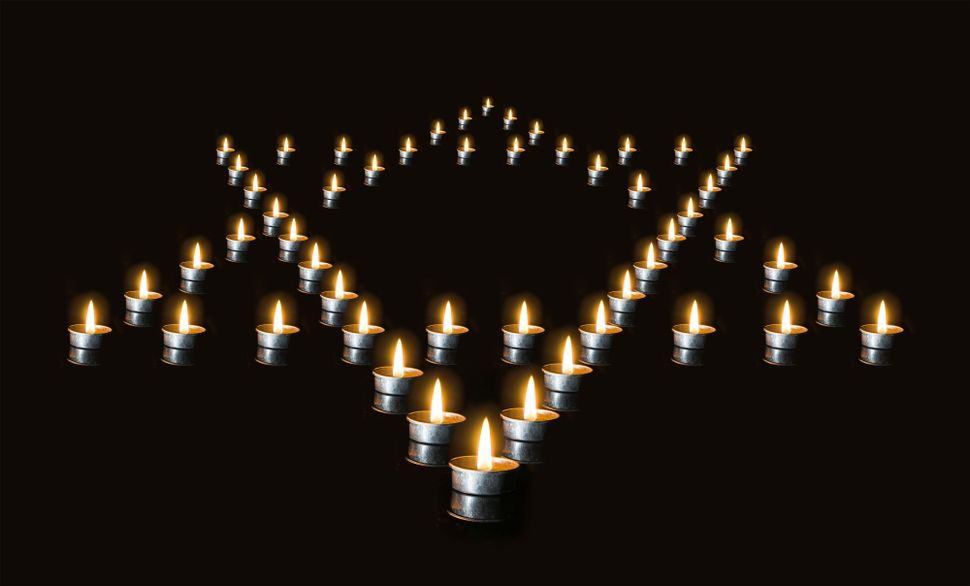 Vivian Beth Mann, who died on May 6 at age 75, exemplified the moral duty of art historians by rediscovering the cultural and religious past of the Jewish people. Her pioneering studies of Jewish culture in the Middle Ages in Spain; Italy; Turkey; and Morocco continue to inspire younger scholars. Whether writing on court Jews or silver Torah ornaments she was always innovative.

Paradoxically, her diligent productivity partly originated in woefulness. Before working as curator of Judaica at New York’s Jewish Museum and professor at the Jewish Theological Seminary (JTS), Mann grew up in an Orthodox family. In 2011, she posted on the JTS website about a key early experience:

“Throughout my youth, I sat next to my grandmother in the synagogue. When we recited the Blessing Over the New Moon, in which we beseech God for a spiritually rewarding life that knows no physical impediments, my grandmother would cry. Each month, I remember her tears and they deepen my understanding of the prayer.” 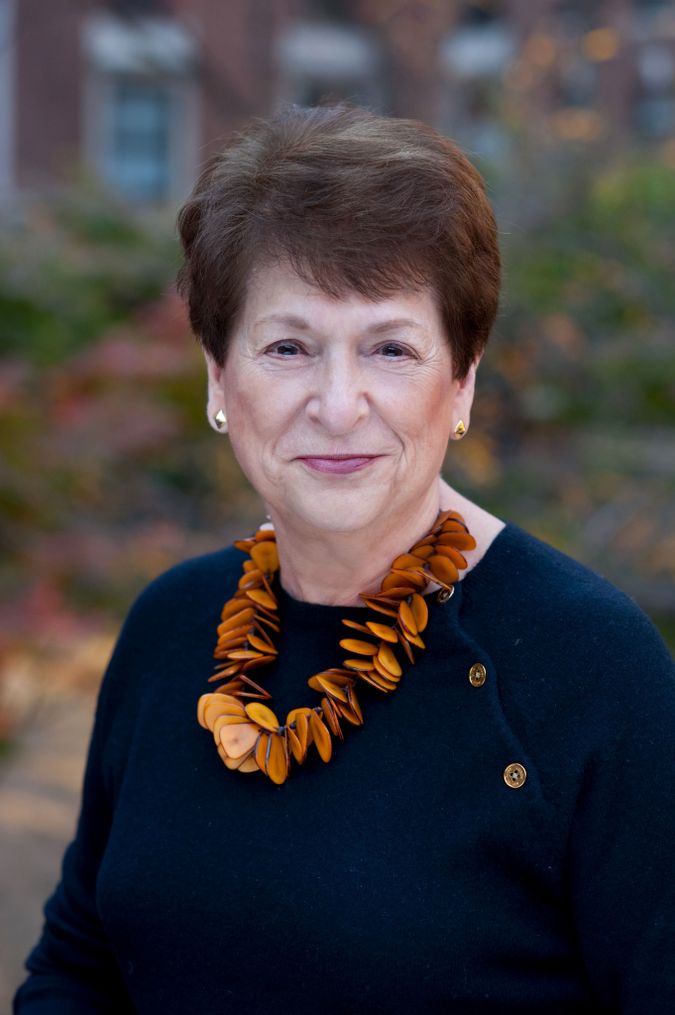 Vivian B. Mann Image by Courtesy of JTS

Mann herself would begin to weep at the start of Va’et’hanan, the Torah reading from Deuteronomy in which, as she put it, “God denies Moses’s request to enter the Land of Israel and will allow him only to see its full extent from Mount Nebo… It has always seemed tragic to me that the man who performed such a heroic role in the history of the Jewish people—who had the leadership capability to create a nation out of a group of slaves and became their lawgiver, judge, and intercessor before God, and who guided them through a very difficult physical and spiritual journey of 40 years’ duration—should be denied his last wish because of one misstep, striking the rock at Kadesh to obtain water instead of following God’s command and talking to it.”

Mann related the biblical citation to her own experience as educator and art historian; she likened God’s holding Moses to a high standard of conduct to the way a “teacher expects more from the brightest students,” while comparing Moses’ witnessing the Promised Land from a distance to the “difference between seeing the reproduction of a work of art that can never encapsulate its totality – especially for a three-dimensional work like land – and experiencing the actual artwork.”

Someone who took the Torah so personally might naturally gravitate to a career-long concentration on Jewish art. Yet her doctoral thesis at New York University contained little, if any, Yiddishkeit. Mann wrote on mythological subjects in Northern French tablemen, carved ivory disks used as game pieces in tables, the medieval precursor of backgammon. She noted that these objects carved from the tusks of elephants and walruses “have received little notice in art historical literature, perhaps because of their mundane use and small size.”

More Jewish inspiration was likely obtained from her thesis advisor Harry Bober (1915-1988), a pupil of the renowned iconographer Erwin Panofsky. Born Abraham Herschel Bober in Brooklyn, this inspirational pedagogue wrote in an essay in 1962: “There is not much more to explore on the surface of the earth … What is left are the great things of art, music, literature, the performing arts. These ‘useless’ things are to be enjoyed. That’s what we are living for.”

This quality of intense enjoyment in culture and scholarship was transmitted to Mann by Bober, about whom the Metropolitan Museum’s Barbara Drake Boehm wrote in 1989:

“Harry Bober believed in the medieval concept of a synthesis of science, history, and faith… As his principal legacy, Harry Bober passed on to generations of students his joy of discovery and learning, and his passion for objects; these are truly rare and undying gifts.”

Likewise, although the subjects of her research often involved much contemplation of suffering, Mann sometimes included a freilich celebratory quality in her books. “Gardens and Ghettos: the Art of Jewish Life in Italy” found space for Allen Mandelbaum’s translation of a drunkard’s droll epitaph by Immanuel ben Solomon ben Jekuthiel of Rome, a 14th century Italian Jewish scholar and poet: “Lifelong, no water touched my lips; / it’s wine that quenched me all my years / therefore, o reader, I beseech / you – water not my grave with tears.”

Mann indicated that she was also energized by the precedent of Rachel Wischnitzer (1885 –1989), an expert in Judaica who had studied non-Jewish subjects at first. In an appreciative essay from 2009, Richard I. Cohen agreed, likening Mann to Wischnitzer and other early 20th century German Jewish scholars, including Stephen S. Kayser, and Franz Landsberger, none of whom had initially planned to be experts in Judaica.

Mann’s perspicacity in acquiring this mastery led Vanessa L. Ochs of the University of Virginia to laud her as “an expert and relentless sleuth with a consistent research methodology.” Unusual observational powers were needed to rediscover long-neglected, and sometimes suppressed, evidence of medieval Jewish artists working as silversmiths and manuscript painters in Europe. Mann pointed out that one “factor leading to the denial of Jewish participation in the arts was the linking of nationalism and art history in the nineteenth century. Without a country of their own, Jews were deemed to lack an artistic sensibility.”

Her analysis of paintings and art objects demonstrated that some European Jews of the Middle Ages worked as artists for Christians, and some Christian artists showed a surprising amount of knowledge of Jewish life, ritual, and architecture. In certain paintings, correctly written Hebrew letters appear as well as other liturgical details, suggesting that a Jewish artist, or one who had been forced to convert to Catholicism, was involved.

One of Mann’s most intriguing assertions was that these Jewish artists, or Christians familiar with Jewish observance, depicted biblical scenes by reproducing detailed images of otherwise long-vanished synagogues. So Christian art of the Middle Ages can actually tell us quite a bit about Jewish history. The historian Thomas Glick referred to this intermingling of Jewish and Christian inspiration as “coexistence,” (convivencia in Spanish). It amounted to a fraught, often violent situation where Jewish artists in Spain, amid horrific pogroms, could express themselves culturally at times, if they agreed to convert to Catholicism and paint scenes from the life of the Virgin Mary.

While not soft-pedaling horrors of the era, Mann managed to focus on discovering remarkable achievements by Jewish craftspeople. Doubtless her grandmother would have been proud of her solution for drying the tears caused by historic injustice. One root of Mann’s efforts, as she implied during a 1995 Bard Graduate Center symposium on art looted during World War II, was admiration for the courage of wartime Jewish historians who kept records of Nazi depredations at the risk of their own lives. Mann described these records as “mute but compelling testimony of a persecuted people.” Unearthing evidence from more distant epochs, Vivian Mann was a resolute follower of this example.