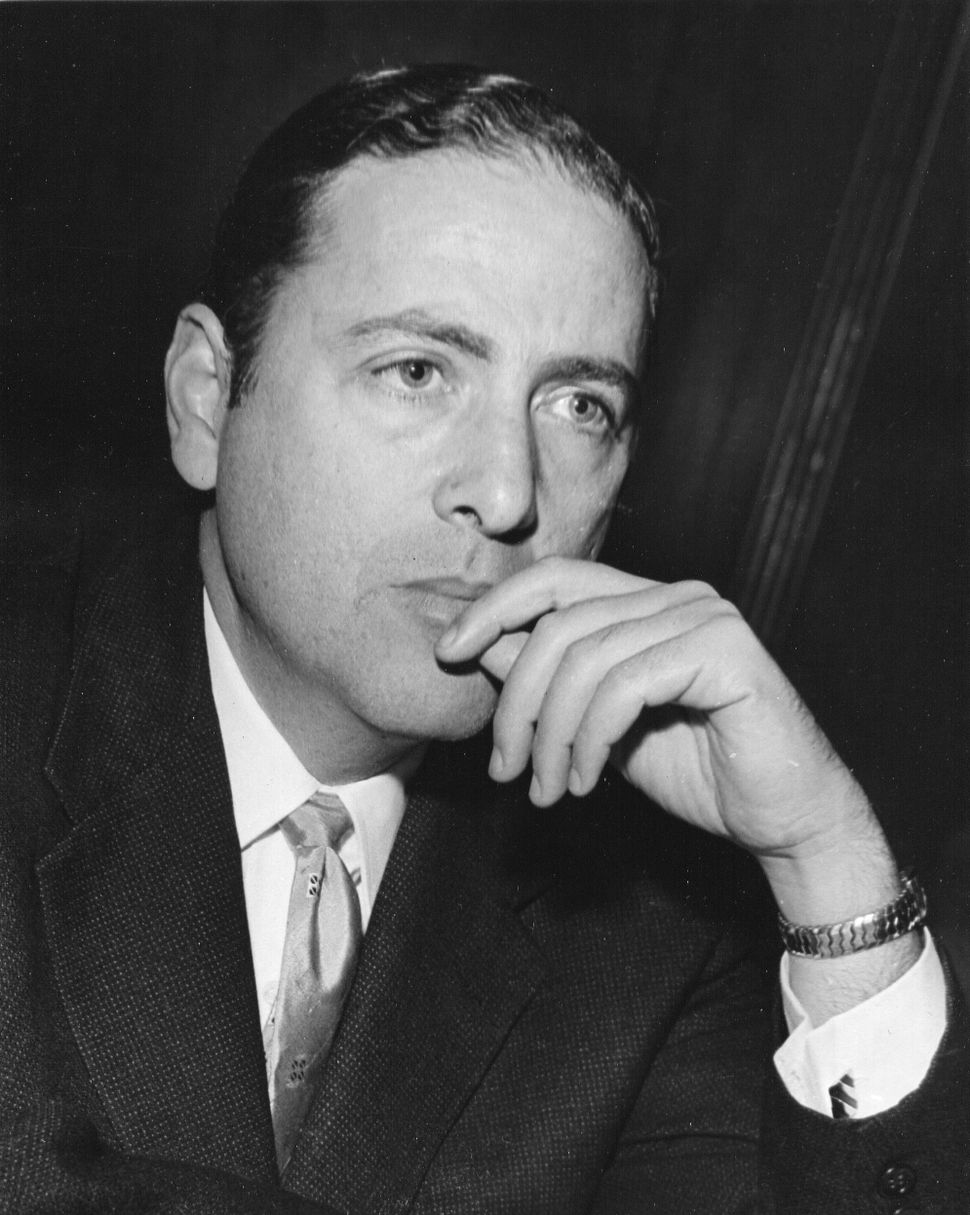 In the annals of best-selling authors, modesty is a rare element. The American Jewish writer Herman Wouk, who has died at the age of 103, is a happy exception to this rule. Despite his fame for the novel, play, and filmed versions of the “Caine Mutiny,”, “The Winds of War,” and “Marjorie Morningstar,” Wouk repeatedly expressed humility, as in “This is my God,” a description of his own personal understanding of Orthodox Jewish belief which mentions the much-lauded biblical scribe Ezra:

“Now my hand slows. The task needed an Ezra, and it found only this poor pen. I have done the best I could to tell my brothers that our law of Moses is great and honorable, now as when it first came to us.”

Nor was Wouk’s self-deprecation limited to religious subjects. In the preface to “The Winds of War,” Wouk quotes from the French Jewish philosopher Julien Benda’s “The Betrayal of the Intellectuals” (La Trahison des Clercs;1927):

“Peace, if it ever exists, will not be based on the fear of war, but on the love of peace. It will not be the abstaining from an act, but the coming of a state of mind. In this sense the most insignificant writer can serve peace, where the most powerful tribunals can do nothing.”

Wouk never saw himself as one of the “most insignificant” among writers, as his self-confident production of thousands of pages of fiction attests. Benda accused 19th and 20th century European intellectuals of embracing racism, nationalism, and war; Wouk was unafraid to be classed as an anti-intellectual. The historian Arthur M. Schlesinger, Jr. termed “The Caine Mutiny” the “great anti-intellectual novel,” pointing to Wouk’s coda to the court-martial trial, when the Jewish defense lawyer Barney Greenwald charges that the overeducated, mutinous officers of the Caine, and not the psychotic Captain Queeg whom they deposed, were in the wrong. Greenwald explains that fighting Nazis was paramount, and “Proust ‘n’ ‘Finnegan’s Wake’ and all” was less urgent. In wartime, when Nazis were rumored to produce soap from Jewish corpses, Queeg “deserved better at my hands. I owed him a favor, don’t you see? He stopped Hermann Goering from washing his fat behind with my mother.”

Wouk knew that his blunt, middle-brow prose style would never enchant readers in search of higher esthetic sensations. Critic Paul Fussell, while slating Wouk’s “War and Remembrance” as literature for its lack of the “crucial dimension of the lunatic, the cruel, and the self-destructive,” ranked Wouk alongside the acclaimed historians Samuel Eliot Morison and Basil Liddell Hart as a describer of battles. The historian Thomas Cutler wrote with quasi-embarrassment in his “The Battle of Leyte Gulf” (1994):

“My former colleagues in the Naval Academy’s history department and professional historians everywhere will cringe at what I am about to say, but a truly wonderful (accurate and insightful) account of [The Battle of Leyte Gulf] is included in Herman Wouk’s novel ‘War and Remembrance.’”

In an essay, even the permanently snooty Gore Vidal had to admit discovering unsuspected (for him) qualities in Wouk’s plain descriptions of historical characters in “The Winds of War”:

“I have never before read a book by Herman Wouk on the sensible ground that I could imagine what it must be like: solid, uninspired and filled with rabbinical lore…To my astonishment, [“The Winds of War”] is splendid stuff. The detail is painstaking and generally authentic. The naive portraits of the great men convince rather more than subtler work might have done…. This is not at all bad, except as prose.’”

Only rather late in life – he was born in New York in 1915 to a family of Russian Jewish origin – did Wouk express some restive rivalry with more highbrow writers. His novel Inside, Outside (1985) about four generations of an American Jewish family features a character, Peter Quat, who wins fame by writing objectionable novels about Jews with titles like “Onan’s Way.” This allusion to Philip Roth’s “Portnoy’s Complaint” surely did not discourage Roth, who despite being eighteen years younger than Wouk, retired from novel writing before his elder contemporary. Yet it is a rare example of Wouk’s usually reticent literary persona, aware of his flaws and limits, reaching to mock another writer’s literary posterity which he never aimed for.