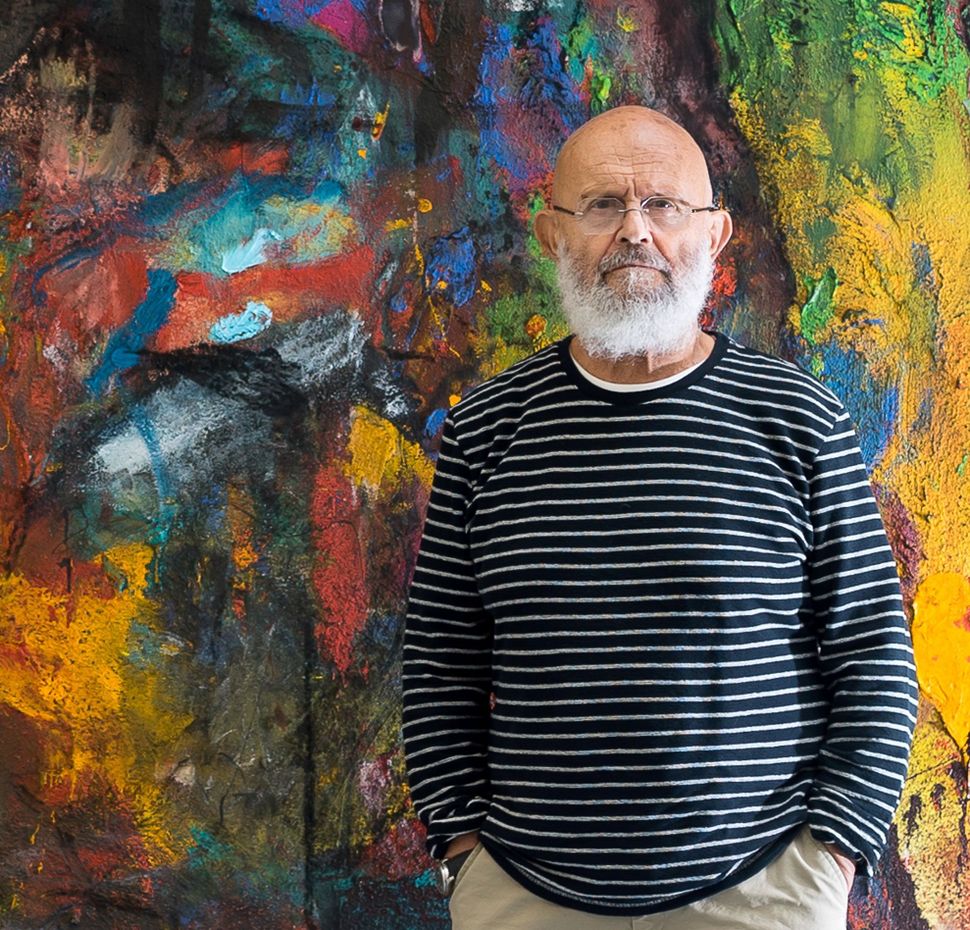 The American artist Jim Dine, who will be 84 on June 16, has just produced a new book, [“Jewish Fate” (Steidl Publishers)](Steidl Publishers ““Jewish Fate” (Steidl Publishers)”) an evocation in free verse and imagery of his boyhood, working in the Cincinnati hardware store of his grandfather, Morris Cohen.
Emerging from the generation of U.S. pop artists, but avoiding their glorification of impersonal consumer products, Dine invested his art with autobiographical elements. In 1967, Alan Solomon, ex-director of the Jewish Museum, called Dine a “hot artist in a cool time.” Of Lithuanian, Polish, and Hungarian Jewish origin, Dine lives in France, where he has a studio outside Paris, and also in Walla Walla, Washington. Recently, from his home in Paris he spoke with The Forward’s Benjamin Ivry about the Yiddishkeit in his artistic inspiration.

“Jewish Fate” might be the title of a play from the Yiddish theater. The catalog for an exhibit at New York’s Guggenheim Museum in 1999, quoted you as saying that your mother was “totally theatrical.” Did the tradition of Jewish family drama influence your participation as one of the pioneers of happenings as performance art in the 1960s, along with Allan Kaprow and others?

No, not at all. The family drama was the family drama. It was a very dysfunctional, unpleasant gift to a young boy. I wrote the poem “Jewish Fate” in France in a print shop, where I asked what the French translation would be: le destin juif. I think that sounds even more like what I got from the people I was related to, what I got from being Jewish, which was terrible and wonderful in so many ways, the richness and the tragedy of it. 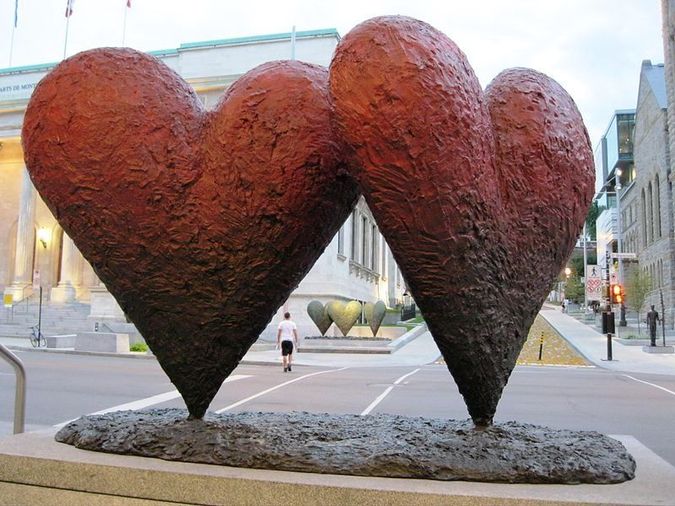 Twin Hearts: A sculpture by Jim Dine in Montreal. Image by Wikimedia Commons

You added that your mother was “ashamed of being Jewish, and on the other hand, my grandfather cried in the synagogue.”

My grandfather cried when his daughter insisted they leave the little Orthodox synagogue which had people from the Pale of Settlement and went instead to the Reform Temple, which was almost like an Episcopal Church. That was being less Jewish, and don’t forget we were in Ohio with a bunch of rednecks. Anti-Semitism was palpable in my grade school.

You described your grandfather Morris Cohen as a “very large man, and he felt he could do anything with his hands. He made tables, he fixed automobiles, he was an electrician, and he was lousy at all of it. But through sheer force of will, he forged ahead.” Was he a sort of Samuel Beckett character, doomed to fail but hoping to “fail better”?

No, he was nothing like a Beckett character. He was a very expressive, deep-feeling man with a will. After all, he had walked across Europe as a teenager to get to America.

In the 1960s, along with other artists, you worked with Tatyana Grosman, the Russian Jewish printmaker who operated Universal Limited Art Editions from her home in West Islip, Long Island. What made her printmaking so attractive?

With [Grosman] and her husband, I had my relatives back from my grandfather’s generation. I had these Eastern Europeans who behaved in a different way. They weren’t the goyim. What made the printing particularly interesting is that she demanded a certain high level of printing ability from her artists, which she didn’t always get from her artists, but she worked around that, and had a way of hustling and selling the work. It was a pleasant bucolic experience if you lived in [New York City], plus it was shtetl-esque. 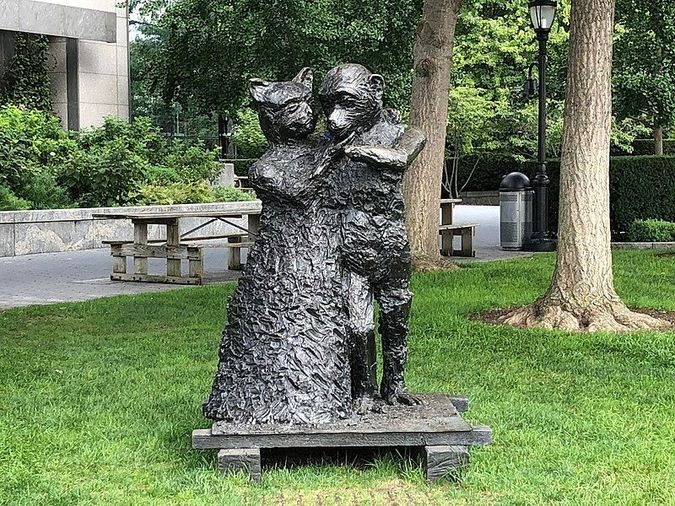 How did your photogravure print “Tel Aviv” (2001), showing a hammer and other hardware, get its title? Was the image created in Tel Aviv?

I think it was done in Tel Aviv. I’ve spent a good deal of time in Israel, printing. Early on, I was invited by Nehama Hillman, Director of the Burston Graphic Center in Jerusalem. I worked there because my son wanted to go to Jerusalem to study with the great oboist George Haas. [Haas] was very great, but very strange, so I wanted to go there to protect [my son]. I printed all summer there. There was a wonderful community of people around Nehama, and she was a big hostess.

Was there a possible association in the print “Tel Aviv” between the hammer and Judah Maccabee or Judah the Hammer, the iconoclastic revolutionary leader?

In 2003, the romance novelist Danielle Steel of German Jewish origin, opened an art gallery in San Francisco in 2003 and gave an interview stating that she has one of your paintings “over the bathtub at my beach house. It has lots of hearts, and I love it. I love the colors. They’re exciting and happy.” Do you feel any interest in collectors, why some people might be drawn some of your artworks and others not?

I’ve hardly ever met a collector in my life. I’ve tried to stay away from it. It’s not my business. That’s why I deal with galleries. It’s their business. I’m happy that some people buy [my work]; it’s afforded me a way to educate my grandchildren.

Your friend the Romanian Jewish illustrator Saul Steinberg wrote that he was forced to renounce his native country because the “anti-Semitism of the place” made him feel “embarrassed to be part of a primitive civilization.” Is there any chance that America will become something like that for U.S. artists if the current White House occupants are reelected next year?

It is embarrassing. It’s one of the reasons I live in Europe. I can’t take it. It’s futile, when so many morons voted for [the President]. So many white supremacists. I’m lucky at this late date to be able to live somewhere else and get away from these hillbillies.

I know that Rivers and was shocked by it. I’m indebted to him, and got so many ideas from him. We all know about the Me Too movement, but let’s also look at the art. It’s like the French artist André Derain, who was a [Nazi] Collaborator but nobody even talks about it any more. It’s horrible that [Derain] was [a Nazi supporter], but he left a body of work that enriched people. Coming from a century that was nothing but genocide, you can hardly eliminate the artist. We sit now with this [president] in the White House, and he abused everything, and why isn’t he in jail? And shame on the Jews who supported him. Shame on Steven Mnuchin. This [president] would have [Mnuchin] in the boxcars too, I assure you.