His Father, The Communist 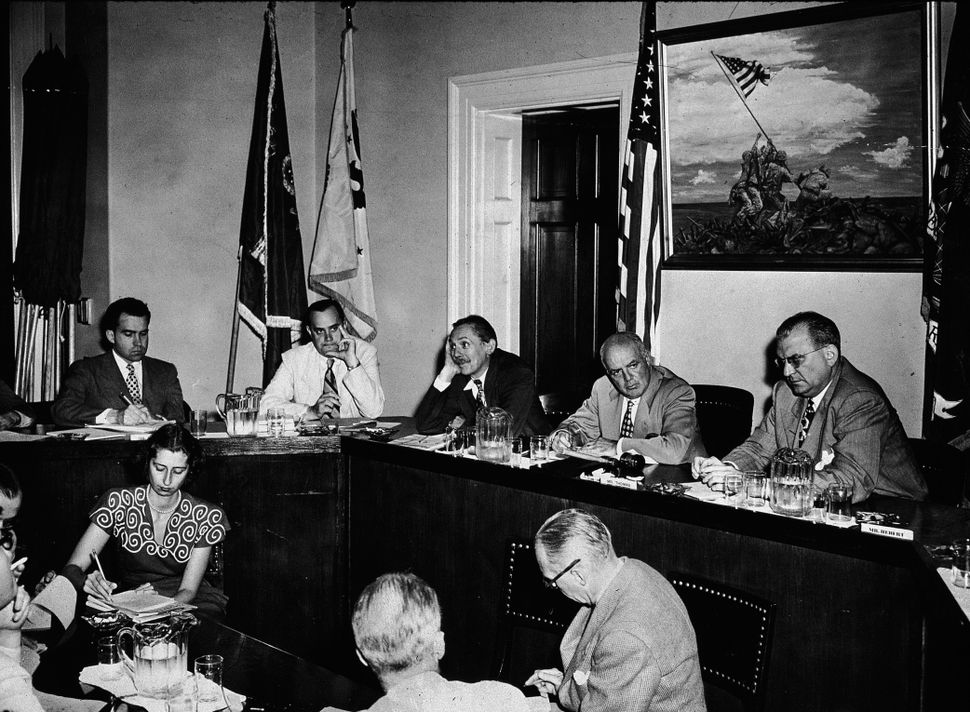 A Good American Family: The Red Scare and My Father

As a biographer, the Pulitzer Prize-winning journalist David Maraniss has trained his eye on U.S. presidents (Bill Clinton and Barack Obama) and sports icons (Roberto Clemente and Vince Lombardi). In “A Good American Family,” he burrows into a more personal story: his family’s encounters with the anti-communist fervor of the 1940s and ’50s.

For both better and worse, he writes with an eye to the broader historical and political picture, contextualizing the upheavals of his parents’ lives and his own childhood.

In an author’s note, Maraniss, an associate editor at The Washington Post and a distinguished visiting professor at Vanderbilt University, advises: “Think of this story as a wheel. The hearing in Room 740 is the hub where all the spokes connect.” His epigraph, from the playwright Arthur Miller’s 1987 autobiography, “Timebends,” advances a related notion: “But the truth, the first truth, probably is that we are all connected, watching one another….”

Together, the quotations justify the memoir’s non-chronological, vaguely circular structure. Maraniss meanders back and forth among characters, time frames and locales. He touches on the lives of relatives, friends, congressional investigators, lawyers and witnesses, moving (for example) from Brooklyn to the University of Michigan’s Ann Arbor campus to the Spanish Civil War to the Leo Frank lynching in Georgia to congressional hearings in Detroit.

Maraniss’s title, “A Good American Family,” reflects his abiding fondness for his parents, but also contains a hint of irony. It references a quote by Charles E. Potter, a Michigan Republican on the House Committee on Un-American Activities (HUAC). Potter — who came to regret his role on the committee — expressed surprise that some of the communists under investigation came from “good American families.”

The story’s centerpiece is Elliott Maraniss’ March 12, 1952 testimony before HUAC, during which he took the Fifth Amendment numerous times to avoid incriminating himself. He had already been fired by the Detroit Times after receiving a subpoena. After his testimony, his family’s life was entirely upended, as Maraniss, a talented newspaperman dogged by an informal blacklisting, kept moving from city to city in search of work.

The book begins with the author’s mining of the HUAC files. Examining the statement his father was never permitted to deliver, Maraniss writes, “I started to absorb, finally, what I had never fully allowed myself to feel before: the pain and disorientation of what my father had endured…living through what must have been the most trying and transformative experience of his life.”

Maraniss portrays his father, who died in 2004, in loving terms as “a liberal but undogmatic optimist…generous with money, affection, encouragement, and the benefit of the doubt.”

Nevertheless, Maraniss says forthrightly, his father was indeed a communist, an admission the author says he makes “without shame or pride.” While his father’s initial motivations — including his belief in economic and racial equality — were clear, his choice to remain an adherent despite Stalin’s 1939 pact with Hitler and his tyrannical, murderous regime remained confounding. Still, was his father ever truly un-American? Maraniss thinks not.

Elliott Maraniss grew up in Brooklyn’s Coney Island, a descendant of Marrano Jews from Spain who had migrated to the Odessa region, then the United States. (Marranos were forced Christian converts who practiced their Judaism in secret, and the Maraniss name may derive from the term.) Elliott attended Abraham Lincoln High School around the same time as Arthur Miller (and a few years before my parents). Like Miller, he matriculated at the University of Michigan, drawn by the reputation of its English department and the student newspaper.

In one of his more interesting historical tangents, Maraniss probes the checkered past of HUAC chairman John Stephens Wood, a Georgia Democrat. Drawing on Steve Oney’s “And the Dead Shall Rise” (2003), he notes that Wood was present at the 1915 lynching of Leo Frank, a Jewish factory superintendent wrongly convicted in the rape-murder of a 13-year-old girl. Wood later joined the Ku Klux Klan (and was rejected by his own wife for having Cherokee ancestry).

Another section of the book describes the heroics of Maraniss’s maternal uncle, Bob Cummins. Along with two friends, Cummins traveled to Spain in 1937 to join the fight against Franco. One friend never returned, and Cummins later invoked the Fifth Amendment when HUAC asked him to discuss that period of his life.

Elliott Maraniss’s college writings involved what his son calls an “exploration of the meaning of America,” which he saw in democratic and idealistic terms. When World War II broke out, he advocated neutrality. But when the United States declared war, he enlisted and (notwithstanding a military intelligence investigation into his politics) served honorably as the commander of an “all-Negro company.” In one letter home, he described his desire to return to “a country dedicated to the task of making all of its people prosperous and happy.”

Back in Michigan, the FBI shadowed him, observing his work for a radical newspaper and support for Progressive Party presidential candidate Henry Wallace. In 1952, Elliott Maraniss was called to account before HUAC — an event that precipitated five years of disruption: moves and job switches that ended only when he found employment at the Capital Times in Madison, Wisconsin.

The statement that his son unearths decades later turns out to be an eloquent attack on HUAC, charging the committee with proceeding “by force, terror and threats to overthrow the rights of the American people.” As for his own culpability, Elliott Maraniss writes, “to properly measure a man’s Americanism you must know the whole pattern of his life.” It is this phrase that seems to have inspired his son’s quest — to know his father better and to understand the history that made and almost unmade him.

His Father, The Communist