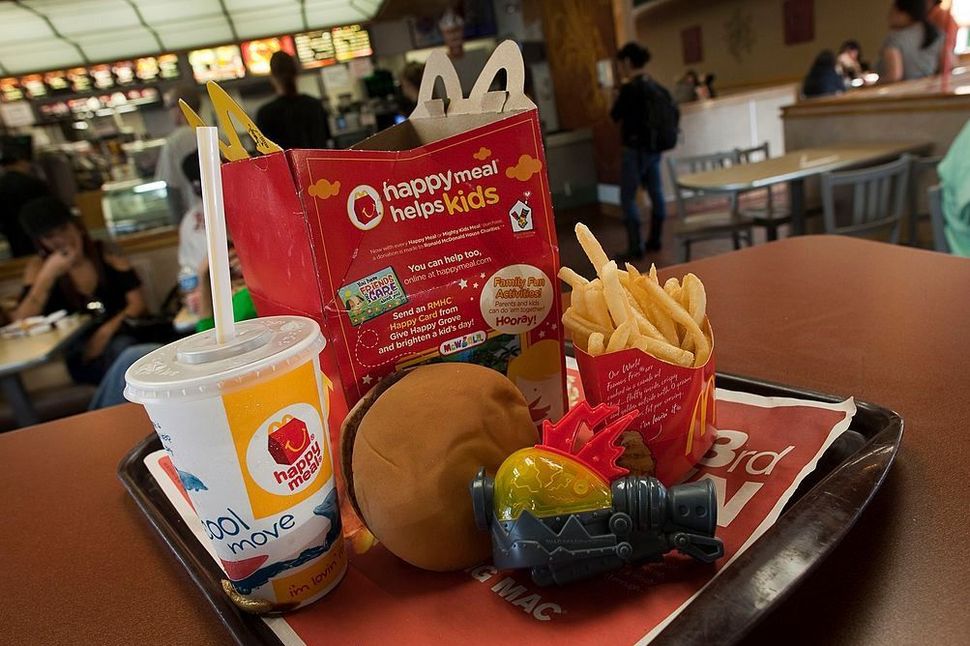 In June of 1979, 40 years ago, the world of picky eaters experienced a total game changer. That month, McDonald’s went national with a cardboard clutch containing a choice of hamburger or cheeseburger, a small drink, cookies, a small bag of fries and — of course — a toy.

The Happy Meal, like the fast food chain’s storied inside playgrounds, transformed the Golden Arches into a kind of rave scene for the under-twelve-set.

While McDonald’s holds that a St. Louis ad manager named Dick Brams is the “father of the Happy Meal,” the kid-friendly offering’s origins are in fact more obscure. By some accounts, the earliest form of what we’ve come to know as the Happy Meal was developed by a Guatemalan franchiser named Yolanda Fernández de Cofiño, who conceived of the “Menu Ronald” as a limited-menu choice for mothers looking to feed their children with minimal fuss.

McDonald’s caught wind of de Cofiño’s idea, and Brams commissioned the Kansas City advertising firm Bernstein-Rein to further develop it. The company’s founder and CEO, Bob Bernstein, took the idea to another level.

Bernstein observed that his nine-year-old son would sit around the breakfast table each morning and stare at his cereal box. The food in the child’s bowl was less absorbing to him than the copy on the box, which included mazes and jokes. Bernstein recognized, as he would later tell a local Kansas City outlet, that “kids want something to do while they’re eating.”

The meals were released to a test market in Kansas City in 1977 before a nationwide launch in 1979, which introduced another favorite staple of the cereal box: prizes.

Toys for the meals were initially Cracker-Jack-caliber items like tops and McDonald’s-brand stencils and bill folds. But by Christmas of 1979, the chain had introduced a meal with toys and box art promoting “Star Trek: The Motion Picture.” That first foray into cross-branded toys opened a surprisingly lucrative door, with even adult Trekkies flocking to the chain to amass the whole crew of the Enterprise. The cult of collecting only grew in the following years, with Mickey D’s adding partner franchises like “Star Wars,” Nintendo and the and the gender-binary-reinforcing options of Hot Wheels or Barbie, which were offered concurrently.

The menu expanded in the 1980s to include McNuggets, and that wasn’t the only change. In the aughts, concern over childhood obesity spelled dips in sales for McDonald’s one-time cash cow. By 2011, a year after San Francisco’s board of supervisors voted for a “Happy Meal Ban” to take effect until the restaurants included a fruit or vegetables to any meal packaged with a toy, the chain added apple slices, milk and apple juice as a healthier options.

Four decades later, with the first Happy Meal generation safely in middle age, we can thank Bob Bernstein for his canny understanding of how to bribe children with trans fats and tchotchkes. Of course, we should also remember the vision of Yolanda Fernández de Cofiño, who sought to give mothers a fighting chance at a peaceful meal with the family.