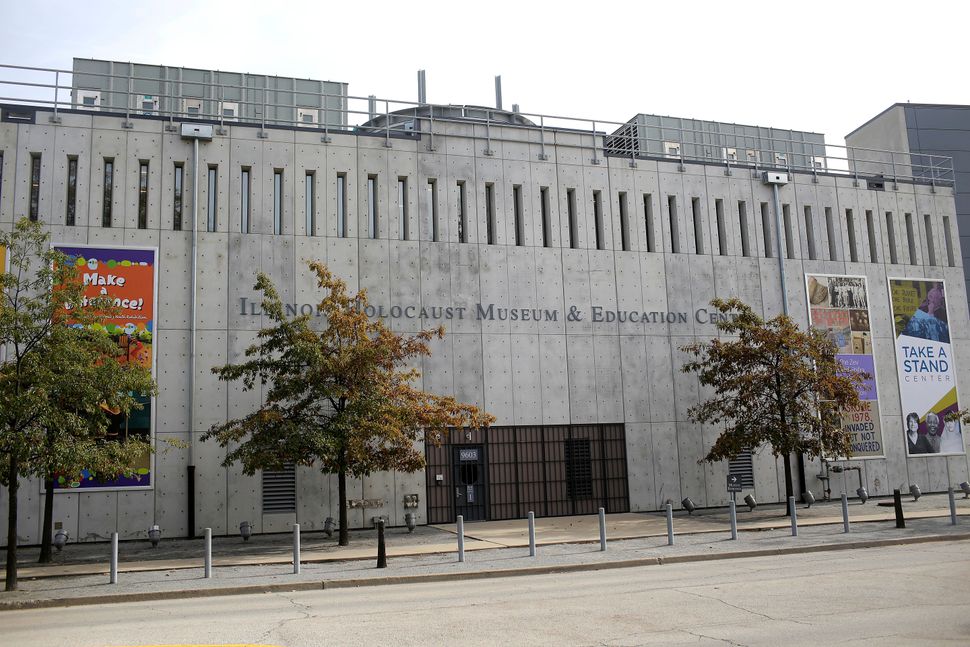 In his nearly 60-year-career, Tigerman designed over 450 buildings and installations, ranging from a glass facade Arby’s restaurant to a hot dog-shaped residential home to civic institutions like the Pacific Gardens homeless shelter and the former Illinois Regional Library for the Blind.

Among his best-known work is the Holocaust Museum in Skokie. Completed in 2009, the building was lauded for its architectural storytelling. Tigerman built an industrial structure in two tones — gray for the entrance, white for the exit — leading visitors from darkness into light through an entryway modeled off of the gateway to Nazi death camps.

It was a bold design that didn’t cushion the horrors of the Shoah, but then, Tigerman was never known for being politic when he had something important to say.

Throughout his career, Tigerman objected to the forces of marketing and cultivated a reputation for brutal honesty. The result of this frankness can be seen in the title of his 2011 autobiography, “Designing Bridges to Burn.”

Tigerman was never afraid to do what he felt was right, whether that meant leaving the firm of Skidmore, Owings & Merrill to hang his own shingle in 1962 — a year after he graduated from the Yale School of Architecture — or being attuned to the needs of the disabled in his design for the library of the blind, well before the Americans with Disabilities Act enshrined settled standards into law.

Despite his public rows with the American Institute of Architects, he was awarded the Lifetime Achievement Award by the Chicago chapter in 2013. Tigerman was shocked to hear the AIA’s decision as he had been “giving them tsuris, for decades and decades,” he told Chicago Magazine at the time.

In the 1990s, Tigerman, who served as director for the University of Illinois at Chicago’s School of Architecture from 1985 to 1993, formed Archeworks, a design school focused on socially-aware projects in Chicago.

Toward the end of his life, Tigerman was thinking of green design, adding to his long-standing interest in sustainable architecture. But his proudest accomplishment was his small team and his service to the city he called home.

“That’s my biggest success, keeping a small firm,” Tigerman told Chicago Magazine of his eight-person team. “We’re not payroll driven. We don’t have the temptation to follow the money. So we’re not in China. We’re building right here, close to home. That’s my end game. I love working in Chicago.”

PJ Grisar is the Forward’s culture intern. He can be reached at Grisar@Forward.com