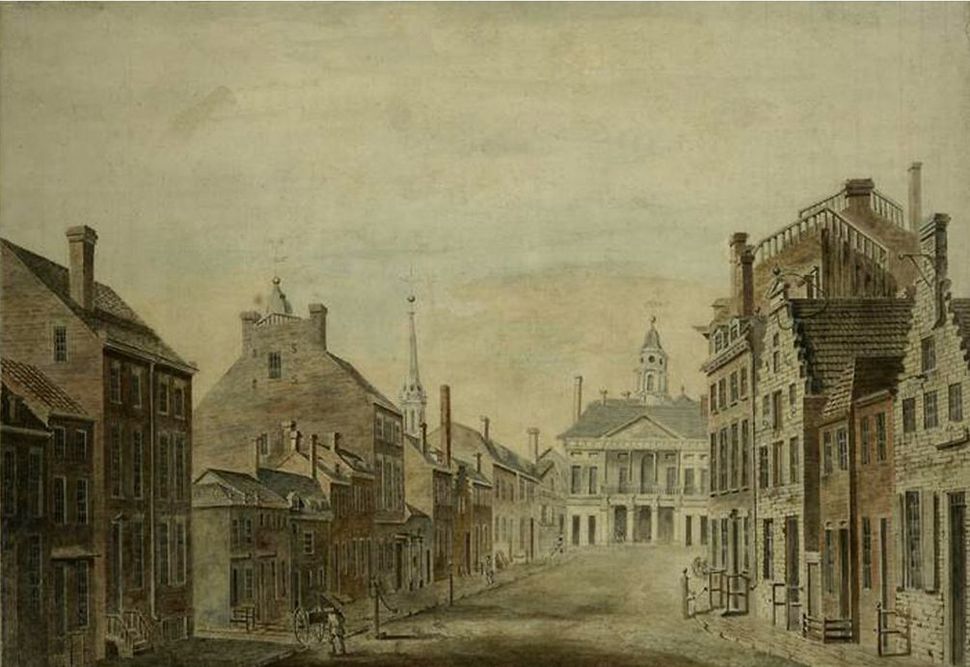 In the early years of the American republic, cities were different. Most of the young nation lived outside of urban areas, and at the turn of the 19th century, the now-sprawling metropolis of New York City contained a mere 60,000 souls mainly clustered at Manhattan’s southern tip. A modest city meant a modest form of law enforcement.

Before 1845, when the New York Police Department was established to bring oversight and structure to the city’s laws, order was maintained by an informal and unprofessional class of constables — two elected for each ward with one high constable for the whole city selected by the mayor. These men, who took turns in the unpaid offices while keeping their day jobs, were mostly a far cry from police academy material, seeing the job as a chore or opportunity for enrichment by way of collecting rewards on stolen goods. The remarkable exception to this rule was Jacob Hays, a native New Yorker of Jewish extraction who invented his own form of police work and transformed the menial — if impressive to contemporary ears — post of high constable into a position of authority. Hays made police work a career before such a vocation was conceivable and achieved an international profile in the process. 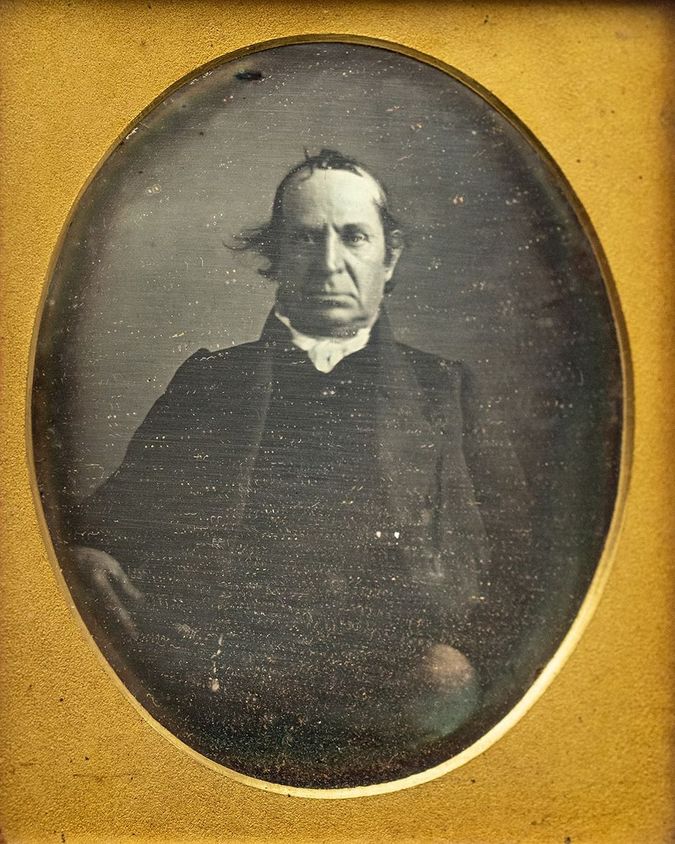 Despite contemporary praise for his probity and efficiency, and a retrospective (and largely fabricated) 1932 write-up in The New Yorker by Herbert Asbury — best known for his book “The Gangs of New York” — Hays is a mostly-forgotten figure in the annals of law enforcement. Our collective cultural amnesia of Hays’ deeds is largely due to the very different world he occupied.

“His style of policing is so alien to our understanding of it,” said Patrick Bringley, a scholar who wrote his master’s thesis on Hays. “Hays was really a sort of medieval village constable, except his village kept growing and growing.”

But even as the city became more populous, Hays’ duties were not what one might expect.

“When he came on he was one of the ward constables doing these part-time, bureaucratic small-time tasks. The peacekeeping of whatever comes up whether a tavern brawl or loose pigs that bothered people,” said Edward Conlon, the director of communications for the police commissioner and the author of the bestselling biography “Blue Blood” and the newly-released novel “The Policewomen’s Bureau,” who recently wrote about Hays.

Interestingly given our subject’s background, the high constable was also charged with enforcing “Sabbath laws,” forbidding citizens from selling alcohol, setting off firecrackers or even ice-skating on Sundays.

Both Bringley and Conlon noted a paucity of violent crime in Hays’ Manhattan; the bulk of illegal activities recorded in the papers and Hays’ prison logs reflected a city whose miscreants were involved primarily in property crimes. Because the city’s population was neither particularly large nor widespread, Hays was familiar with offenders and built up an impressive index of criminals and contacts. It’s likely he knew them all, andthey certainly knew and feared him.

Hays was born in 1772 into a Jewish family one generation removed from Holland. Family lore had long speculated that the Hayses, like most Jewish immigrants at the time, were Sephardic, (originally Diaz in Spain, then De Haas in the Netherlands before landing in America as Hays). But Baila R. Shargal and Harold L. Drimmer’s 1994 book, “The Jews of Westchester: A Social History,” a major source for Bringley’s research, found Yiddish writing among the Hays family documents. Bringley believes that the clan was originally from Germany or Austria but passed as Sephardic, joining the Shearith Israel synagogue in Manhattan, the oldest Jewish congregation in the United States and the only synagogue in New York until 1825.

It appears that Hays’ paternal grandfather, also named Jacob, was supported by the synagogue, for which he worked as a ritual slaughterer when his plan to mine for silver on a tract of land in Rye went bust. Hays’ father, David, met with more success, running an inn and general store in Bedford, New York and, it appears, switching loyalties in the Revolutionary War at the eleventh hour when the United States’ victory seemed assured. (There are dissenting accounts that paint David Hays as a wealthy patriot who was present at the defeat of British General Edward Braddock, but Bringley couldn’t find his name on the relevant records of enlisted men.)

The members of the Hays family in New York were mostly inn proprietors and tavern keepers, which makes Jacob Hays’ decision to devote his life to crime-fighting a curious one — the choice comes with an equally curious champion.

Aaron Burr, then New York’s attorney general, seemingly arranged for Hays to be installed in the unsalaried position of marshal in 1797. Burr was well-connected to the Jewish community, and it’s possible he knew Hays and his father through his dealings with Shearith Israel. But Jacob Hays broke with family tradition in another way the same year he became marshal; he married a Christian woman, Catherine Conroy, in a Christian ceremony and almost certainly converted, having 10 children with her.

Only four years into the job of marshal, Hays was elevated to constable of the Fifth Ward and, in 1802, was named high constable of the city by Mayor Edward Livingston. The post sounds lofty and was, in its way, a promotion. Effectively, though, the rank did not come with any more authority or resources.

“He made less than the police clerk did,” Bringley said. “He was ‘high’ in the sense that he served the high court as their sort of handmaiden.”

But Hays soon exceeded expectations, elevating high constable to a higher plane of power by, among other feats, serving as a model of decency.

Both the high and ward constables received no salaries for their service, though they would receive small fees for serving writs and warrants. But constables could stand to profit considerably by collecting rewards on stolen and lost items. In this climate, where a lawman might do better to encourage theft, Hays petitioned for a salary. He received it in 1812, lost it in 1816 and was granted one again in 1825. He supplemented his income through the years as a captain of the Night Watch.

The papers reported on Hays’ courage, honesty and preternatural ability to recognize the faces of repeat offenders (“Half a look is enough for old Jacob” as one newspaper had it), but it was his single-minded ability to pursue a lead to its end that made him legendary.

Going far beyond his supposed jurisdiction, Hays tracked counterfeiting rings across state lines and even past the Canadian border.

Counterfeiting, Bringley noted, was the “grand daddy” of property crimes and regularly led to a life sentence. This brand of criminality was pervasive because it was easy. It was only in 1862 that a national currency was established, jettisoning earlier paper notes issued by innumerable private banks.

In 1818, Hays’ knack for detective work led him to bust up a group of forgers in rural Ontario responsible for a huge influx of fake bills into the United States. He worked with Canadian authorities to lead raids and seize phony bills and engraving plates. That wasn’t the end of his battle against counterfeiting, but it was, Bringley agrees, his biggest case.

He did it all with no mentor to speak of, developing a method in a vacuum. His success was singular.

“Before him there wasn’t ever someone who said ‘I’m going to go out there and be a super cop, do it for 30 or 40 years and amass an incredible granular knowledge of the criminal networks and go to Canada to chase down the production centers for the counterfeiting were,’” Bringley said. “That struck people in the city and the nation as a whole as highly unusual.”

Because the high constable excelled at making arrests and combating the untenable nuisance of counterfeiting (often confiscating false monies numbering well into the six figures), he was able to retain his post until 1849, some four years after the NYPD was established and the constabulary was rendered a relic from another age.

With the tradition of Hays’ days having lapsed, and most of his papers lost to history, he receded from popular memory. He was once the namesake of a citizen’s watch in White Plains to which he had no official connection. Countless children were warned to be on their best behavior, lest “Old Hays” come to make an arrest. Hays’ visibility was so great that in 1828 a shoemaker from New Orleans traveled to Philadelphia and stopped the city constabulary dead by announcing himself as the New York lawman coming to pay a visit.

As the rise of formal policing eclipsed Hays’s legacy, his family would go on to leave further marks on New York’s history as it came to the fore as a world capital. His son, DeWitt Clinton Hays became the president of the Bank of Manhattan (an institution founded by none other than his father’s one-time sponsor, Aaron Burr). More recent relatives from the Hays line include great-grand nephew Arthur Hays Sulzberger, longtime publisher of The New York Times and great-grandfather of current publisher Arthur Gregg Sulzberger. The novelist John Dos Passos also has a link to the family as the illegitimate son of DeWitt Hays’ daughter’s husband.

Many years removed from Hays’ time as high constable, the family line has seen a return to police work in the person of Benjamin Singleton, the director of analytics for the Detective Bureau of the NYPD, who is featured in Conlon’s article. Singleton met with Bringley at the Museum of the City of New York, where they perused artifacts belonging to Hays — both a journal containing an exhaustive record of 1815 Sabbath law offenses and a leather-bound ledger of every inmate admitted to Greenwich Village’s Newgate Prison from 1797 to 1821. Singleton, whose work relies on data, referred to his forebear’s ledger as a “Gang Database.”

Singleton was familiar with Hays from family legend, yet another trapping of a past that saw fortunes lost and gained and Gilded Age balls with the Astors, but was surprised to learn that this paterfamilias of the city’s police class had Jewish roots.

“He’s another interesting but very vague chapter in this family’s history,” Conlon said of Hays, “This great-great-great-great-grandfather who was a Jewish guy who reinvented or invented police work.”