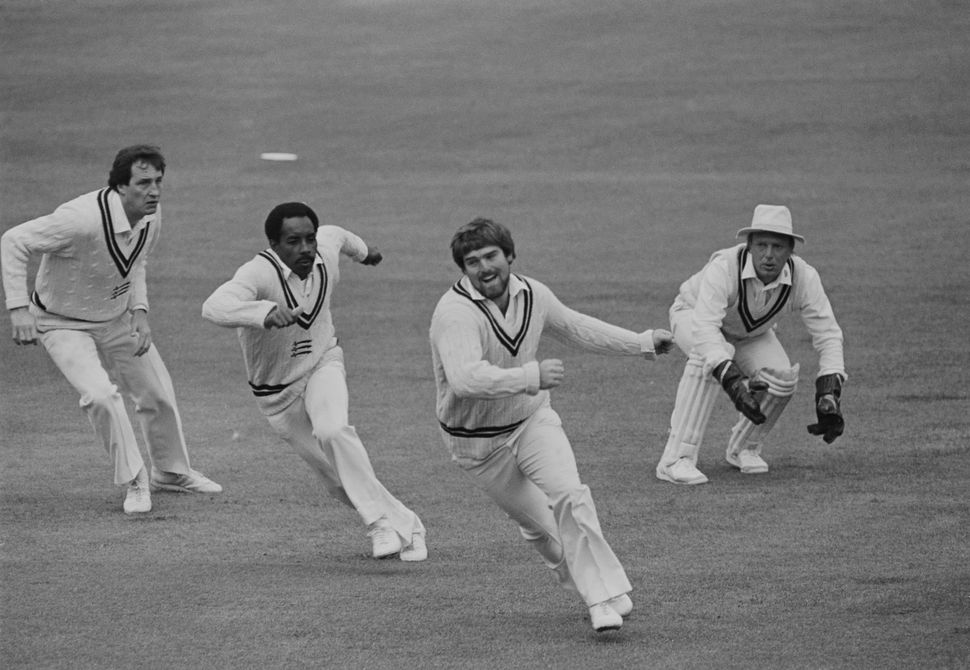 With the Cricket World Cup underway, what better time to reflect on the complex relationship between Jews and cricket, that most “English of English games,” which, above all, epitomizes the English gentleman.

This is not to say that Jews have not enthusiastically played and followed cricket. The Australian batsman Julien Wiener was the son of Holocaust survivors. There were also Fred Trueman, Mickey and Alec Stewart, Jonathan Moss, Manfred John Susskind, Ali and Adam Bacher, and Michael Klinger. Off the field, Matthew Engel was editor of the cricketer’s bible, “Wisden.” Israel has been an associate member of the International Cricket Council since 1974.

But part of cricket’s nativist appeal was that it was regarded as exclusively English, uncontaminated by external and foreign influences. The rural cricket pitch stood alongside the village church and inn as bastions of Anglo-Saxon culture. Since the sordid, money-grubbing Jew of anti-Semitic mythology and English literature (Shylock, Fagin, and their ilk) resided in the town and city, cricket’s pastoral and rustic ideal, in theory, excluded the urban Semite.

To be a Jew and to play cricket, therefore, seems doomed from the outset, an attempt to reconcile irreconcilable elements. In this vein, Jewish Studies scholar, no doubt deliberately, called one of his essays “Jewish Cricket,” playing on the oxymoron inherent in the notion of Jews playing the English game par excellence.

It is surely no coincidence, then, that British Mandate Palestine was one of the few parts of the Empire in which cricket was not played. The Jews of Palestine self-consciously and decisively rejected the British historical, cultural, and imperial values as represented by cricket. Historian David Vital described Palestine as perhaps “the only corner of the Great British Empire in which no one ever played cricket.” Similarly, even those Baghdadi Jewish traders in Shanghai who sought acceptance in the British community by mimicking an Anglicised way of life — belonging to a club, drinking whiskey, riding and breeding horses – were not inclined to play cricket.

The rejection of cricket is highlighted by the contrasting acceptance of soccer. Association football was popular in Palestine because it was not specifically associated with the British, having been imported by Jewish immigrants to Palestine from outside the British Empire. The popularity of soccer in Palestine emphasised just how unpopular cricket was among the Jews there. Ironically, it was only after independence and the establishment of the State, that is once the British had left, that cricket was played in Israel, imported by new Jewish immigrants from South Africa.

Back in England, though, cricket allowed its participants to pass, to “whiten up.” In its requirement for a full-body milk-white costume, including shirt, trousers, jumper, socks, shoes, gloves, and cap (and more recently a helmet and face mask), cricket provided the perfect means for English Jews to seek invisibility, to become “white.”

And with its intricate and arcane language, proliferation of terms, tactics and a plethora of positions (“second slip,” “extra-cover,” “silly mid-on,” or “silly mid-off”), perhaps unrivalled by the other English middle-class, gentlemanly sports, cricket also provided the material for verbal mimicry allaying Jewish anxieties about sounding “too Jewish.”

Cricketing metaphors have become the language of English morality and politics.” To play with a straight bat” means to behave honestly and decently. “It’s just not cricket” refers to any behaviour that flouts common standards of decency and fairness.

And, for Jews in particular, there was no requirement to shave. Indeed, many famous cricketers, such as W.G. Grace, had beards, thus resembling cricketing Hasidim — in a form of unintentional reversal, the English cricketer mimicked the Jew! G. Bose, an early disciple of Sigmund Freud and the founder of psychoanalysis in India, even sent his master a depiction of an English gentleman cricketer, remarking that he imagined Freud resembled the image. Cricket, therefore, provides plenty of opportunities to mimic and thus mask one’s Jewish difference.

And cricket is an intellectual sport, a physical version of chess. Numbers and rules of an arcane Talmudic nature are manifold – stereotypical Jews with Yiddische kopf make excellent scorers. One such television statistician is Sky Sports’ Benedict Bermange.

A cricket match can take days and stops for rain, lunch, and tea — what is more Jewish than a sport in which one can continue to eat!