Q & A: How Does Impeachment Work? 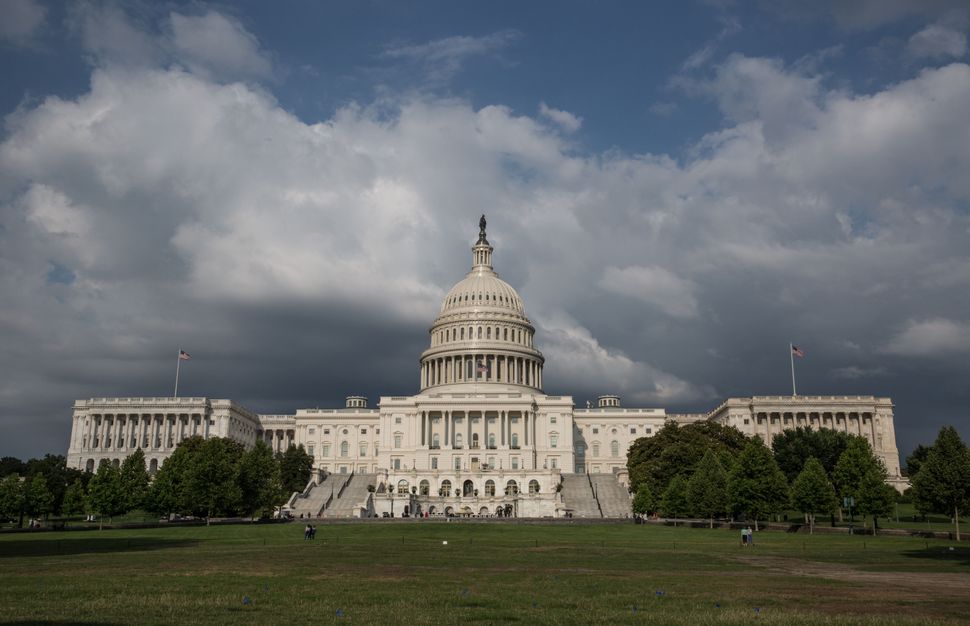 In 1998, with President Bill Clinton’s impeachment proceedings underway, Cass R. Sunstein, then a constitutional law professor at the University of Chicago Law School, explained high crimes and misdemeanors to Congress. Three presidents later, we would appear to need his counsel once more.

Originally published in 2017, Sunstein’s “Impeachment: A Citizen’s Guide,” was re-released in June with key excerpts and analysis of Special Counsel Robert S. Mueller’s report into Russian interference in the 2016 elections. This dispassionate little volume, more rooted in the 18th Century than the 21st, now appears to be an invaluable text for the ongoing debate over what President Trump refers to as the “I” word. Those looking for clear-cut answers on how to proceed with an executive like Trump can look to the impeachment mechanism’s origins and precedent, irreverently recounted by Sunstein using transcripts from the ratification debates and on into the constitutional kerfuffle during Clinton’s second term. Through it all, Sunstein, President Obama’s administrator of the White House Office of Information and Regulatory Affairs and the current Robert Walmsley University professor at Harvard Law School, requests we be clear-headed, and not let our biases interfere with a process that is meant to be legal — not political.

The Forward’s PJ Grisar spoke with Sunstein over the phone. The following conversation has been edited for clarity and length.

PJ GRISAR: When you first started writing this did you think it would be in need of an update? 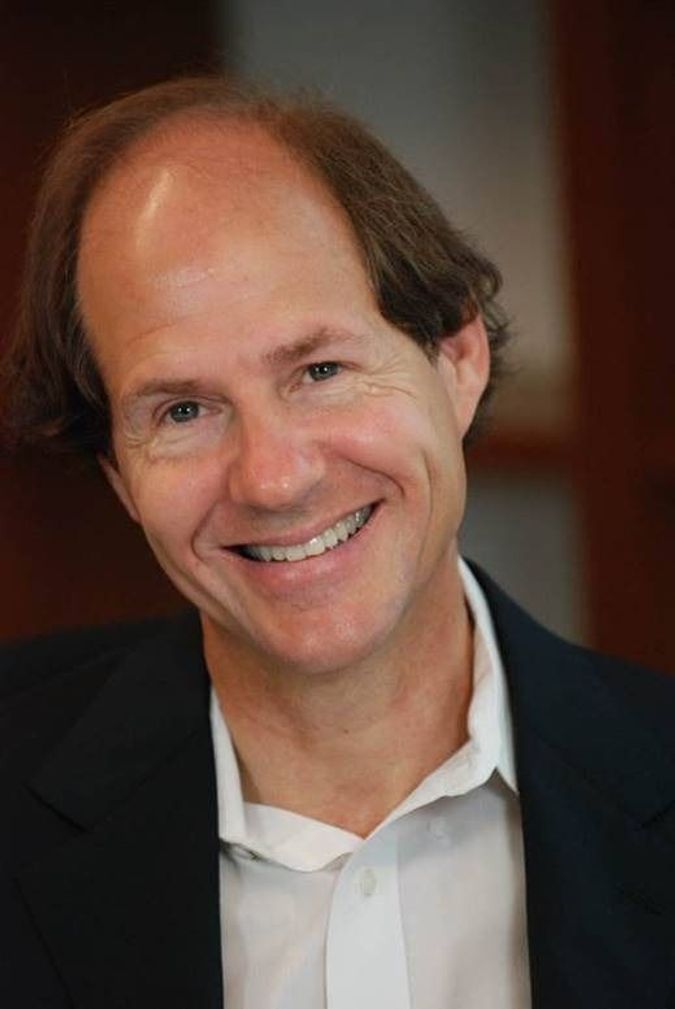 CASS SUNSTEIN: I didn’t, some friends who read it said “Aren’t you watching the news?” I said, “Not so much; I’m in the eighteenth century.” And they said “This is going to become lively,” and I thought, “Well, the Constitution being lively’s a great thing, our president being subject to impeachment, whether you’re a Republican or Democrat, that isn’t very good.” I had some sense that it was not impossible that it would become relevant, but when you’re thinking about the current [moment] when you’re looking at something as large as this, you might lose sight of the founding. And since I am living in a house [in Concord, Massachusetts] where the American Revolution kind of started, it kind of made me inspired and proud of our country.

In the book, you mention that when you were in law school there was no time spent on impeachment, and that even when you edited a law book sometime later, it was only a brief part of the text. Teaching law in this moment do you sense your students have a greater desire to understand the Impeachment Clause?

Completely. I think ever since the Clinton impeachment there’s been more interest in it. The constitutional law book that I’m co-editor of treats on impeachment, and it’s certainly a lot fuller than it was in the first edition. It’s still probably not enough, but it’s there. I think the current generation is probably more interested in it now than basically any period since Nixon. It even feels more intense as a legal matter than it was during Clinton, when it had a prurient quality. People are going back to first principles a bit more.

Since you mentioned Clinton, we see that this special counsel, Robert Mueller, is presiding over something different than the two presidential impeachments we’ve had previously, in the sense that Clinton and Andrew Johnson were impeached for actions that you don’t believe rose to the standards of high crimes and misdemeanors. You do think Mueller was indicating that he believed Trump to have obstructed justice.

Mueller said straight out that under the office of the legal counsel guideline, which I agree with on the merits, even if it’s wrong, that you can’t indict the president because he [doesn’t have the time or availability] to clear his name [in court], and that would be unique and not good. And then he goes on to say that he doesn’t exonerate him. The only way to read that, I think, would be to say “I believe he obstructed justice, for good reasons I’m not going to say so, but he’s not exonerated, and here’s what he found.”

Is obstructing a probe into an impeachable offense impeachable in itself when no wrongdoing was found, as is the case of the Trump campaign and Russia?

If it were clear that a president of the United States obstructed justice with respect to an investigation of whether he and his campaign criminally conspired with another country to take an election, the better view is that that is an impeachable offense, even if there was no criminal conspiracy with the country. Now, if there’s obstruction of justice with respect to shoplifting or soliciting a prostitute, I would say “No, that’s not impeachable.” An investigation into conspiracy between a campaign and Russia would be quite grave. Even if the integrity of our electoral process wasn’t compromised, federal officials have to be allowed to do their job.

A key argument you make is that this is meant to be a legal process and not a political process. Things are so factionalized now, though. Are we too far gone for that standard?

A couple of things I think are reasonable: For Republicans to say “We completely notice that the Mueller Report did not find a conspiracy between the Trump campaign and Russia. This whole investigation came up with zero in regards to its point.” That’s relevant. I think that’s fair to notice. And for Democrats to say “There’s something nuclear and profoundly divisive about the impeachment process and we’re going to treat it as a last resort,” I think that’s completely legitimate. To say that “Because the Senate won’t convict, or because there are people who will support the president no matter what, we’re not going to take impeachment seriously,” that would be a betrayal of the Constitution.

In the first Democratic debates the candidates were asked about impeachment. Beto O’Rourke said that he would support impeachment. John Delaney deferred to Nancy Pelosi’s judgment. Do you feel like asking that kind of question inappropriately politicizes this issue?

I think it’s fair. My view is that it’s appropriate to consider the underlying findings of the Mueller report in connection with an inquiry into whether impeachment was mandatory. To say that “The president should be impeached” seems insufficiently respectful of the need for a process that may or may not culminate in that. To explore these quite grave findings in Volume II of the report, to see if any are, in terms of the facts, of the kind of magnitude that would justify impeachment, to say that’s probably not going to get you elected president — too many words — but that’s the right approach.

When the framers were writing the Impeachment Clause, you believe they couldn’t have anticipated it would become as obscure as it is today. What do you think are the main things that people miss about the impeachment mechanism?

I think that the number one thing people miss is that it’s a legal process — not a matter of “our guy or your guy.” It’s meant to be a solemn conversation about whether extremely deep commitments of our legal order have been compromised, rather than “It would hurt the president.”

The second thing is people tend to think — the president himself said this — you can’t have impeachment if the president hasn’t committed a crime. That’s not right, you can impeach the president for a lot of things — like going on vacation for six months or pardoning people with whom you’ve conspired or trampling on the Bill of Rights. It doesn’t have to be a crime. Also missed is even if it is a crime, it’s not impeachable for that reason. So if the president shoplifts or decides to engage in disorderly conduct at one in the morning, all of those things are crimes, but they’re not impeachable offenses. Gerald Ford famously said an impeachable offense is what the House of Representatives says it is, and that makes a huge mistake. The Constitution’s very clear that the House can’t say certain things are impeachable because it wants to.

There’s another error that’s tempting — and I’m still not certain about it — but I think if a clearly impeachable offense has been committed then the House has no Constitutional authority to look away. I think everyone, including scholars, think the House is like a criminal prosecutor who can look the other way. I don’t think that’s true, it’s very hard to read the founding era debates and think that that’s how the system was understood.

Q & A: How Does Impeachment Work?