This year’s Workmen’s Circle benefit will be a father-son affair.

On July 18, the Workmen’s Circle, the historic Jewish social justice group, announced it would be honoring non-profit professional Mark Rogen and his son, actor Seth Rogen, with the organization’s Generation to Generation Activism Award.

“From the moment we met Mark and Seth Rogen, we recognized the deep commitment they have to making this world a better place, not only through their words but their actions,” said Ann Toback, the executive director of the Workmen’s Circle. “If the Workmen’s Circle’s mission is to build a shenere un besere velt far ale — a better and more beautiful world for all — then Mark and Seth Rogen epitomize those words.” 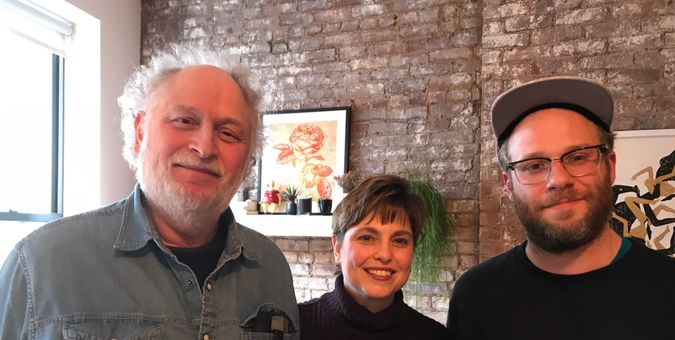 While Seth Rogen’s bewhiskered mug has become a fixture of motion pictures and award shows, Mark Rogen is surely a familiar face to those attending the benefit, having served as a director of the Los Angeles chapter of the Workmen’s Circle. The giving genes are strong in the Rogen line.

In between producing the upcoming “Good Boys” and voicing Pumbaa the warthog in Jon Favreua’s CGI makeover of “The Lion King,” Rogen has been keeping busy with his project Hilarity for Charity, founded with his wife Lauren Miller Rogen. The charity’s goal is to raise awareness about Alzheimer’s for a millennial audience through comedy shows.

The Rogens will be feted on December 2, 2019 at Marriott Essex House in Manhattan.