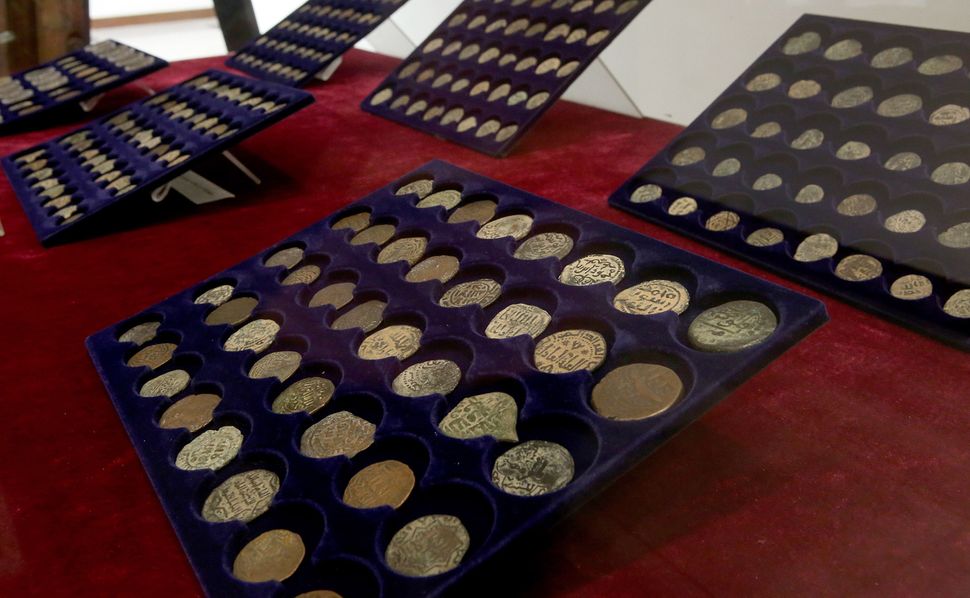 This February, homeowners in Keszthely, Hungary were working on renovations when they stumbled on a potentially historic find.

While digging a hole in their cellar, the building owners discovered five sealed glass jars containing 2,800 gold and silver coins, many of them dating back to the Roman Empire. The question of to whom the coins belonged is likely part of a larger historic puzzle: Who, exactly, were the approximately 565,000 Hungarian Jews murdered in the Holocaust?

Keszthely, 120 miles southwest of Budapest, was the site of a Jewish ghetto beginning in May of 1944. Because the coins were buried and the house was part of the ghetto, historians believe the original owners to be among the Hungarian Jews to die in the Shoah, most of whom were killed at Auschwitz. Many of that number were never identified, and the project to name the deceased has been a major undertaking, led primarily by Yad Vashem and Holocaust historian and survivor Serge Klarsfeld. One of the reasons that Hungarian Holocaust victims have proved particularly hard to identify is the fact that the names of Hungary’s Jews were not registered during their deportation.

The Agence France-Presse reports that after finding the coins the homeowners, who requested anonymity, presented them to the Balatoni Museum in Keszthely — where the collection is currently on display — in the hopes of returning them to their owner. The coins have yet to be valued, but Balint Havasi, director of the museum, told the AFP that the collection is “unique” for its “geographic spread, time period – from antiquity to 20th century – and [its] large volume.”

As Ferenc Redo, an archaeologist and coin expert, told the AFP, nearly half the coins originated in Pannonia, a first century province of the Roman Empire located in modern-day Western Hungary. Most of the rest are antique coins, originating in pre- and post-revolutionary France, Imperial and Soviet Russia, British-colonized India and various countries in Africa, Asia and South America.

Alongside the coins found in the jars was jewelry that, judging by engravings, appears to have belonged to the Pollak family, who were prominent Jewish traders in Keszthely before the outbreak of World War II.

The Balatoni Museum told AFP that it plans to digitize the coin collection and is enlisting the aid of archivists and historians to research the Pollak family in the hopes of finding an heir. If they fail to find a descendant of the Pollaks, suspected to have owned the coin collection as well as the jewelry, the find will revert to ownership by the state.

Gabor Rejto, head of the EMIH Unified Hungarian Jewish Congregation in Keszthely, told the AFP that the coins present yet another unknown in the often murky history of Hungary’s murdered Jewry.

“The discovery shows how there are still many unanswered questions about the Holocaust in Hungary,” Rejto said.