Q&A: Steven Greenhouse On Labor’s Past, Present And Future 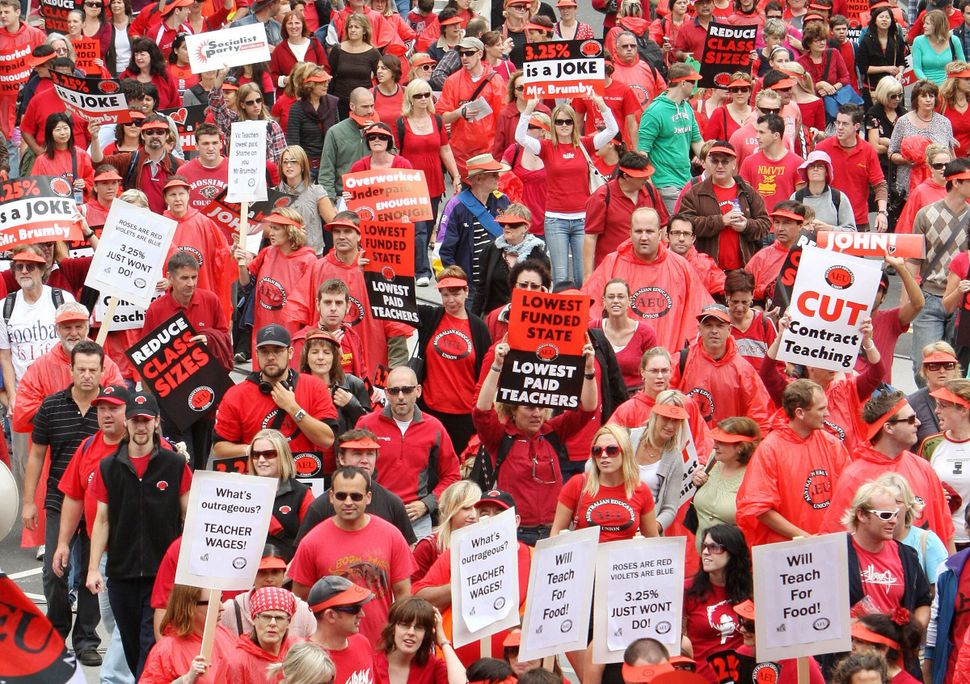 The fight for workers’ rights has always been an uphill battle in America — but workers used to have more resources in the fight. The middle part of the last century saw a robust workforce of unionized laborers unafraid to strike for better conditions. Those workers were continuing the efforts of their predecessors, whose sacrifice and mettle on the streets, in factories and even in failed coups on the Appalachian Mountains, pushed the country toward progress.

The American worker has lost her voice, muffled by a scrum of corporate political donors, offshored labor, an emerging gig economy and a steep dip in union membership. While Americans have managed to hold on to some hard-won guarantees, other countries have outstripped the promise of our now lagging labor movement by pledging paid parental leave and vacation days to their workers. Steven Greenhouse has seen this trend firsthand over his over two decades as a labor reporter at The New York Times.

In his new book, “Beaten Down, Worked Up: The Past, Present, and Future of American Labor,” Greenhouse explores the recent fight for a $15 minimum wage; the rise in teacher strikes in Arizona, California, Colorado and Oklahoma; and the notable success of the Las Vegas’ Culinary Workers’ Union. He also summons pivotal moments in labor’s past.

To know where labor is going, we need to know where it’s been and what workers stand to lose. Greenhouse calls for a return to labor organizing’s earlier strategies and principles. He sees the need for bolder union leaders who will channel the spirit of the 1909 Uprising of the 20,000 led by a young, Jewish garment worker named Clara Lemlich and who seek the sort of solidarity that led the General Motors sit-down strikers in Flint, Michigan to make significant strides. In government, Greenhouse wants to see a resurgence of changemakers like FDR’s Secretary of Labor Frances Perkins who championed workers’ rights over corporate interests. Greenhouse even has a road map for Democrats looking to win workers back. An America in which workers have a say, he argues, is the country we need now.

The Forward spoke with Greenhouse over the phone. This interview has been condensed for clarity and length.

PJ GRISAR: Writing even a partial history of American labor is an ambitious project. There are so many flash points and watersheds. I wonder how you decided what to include. 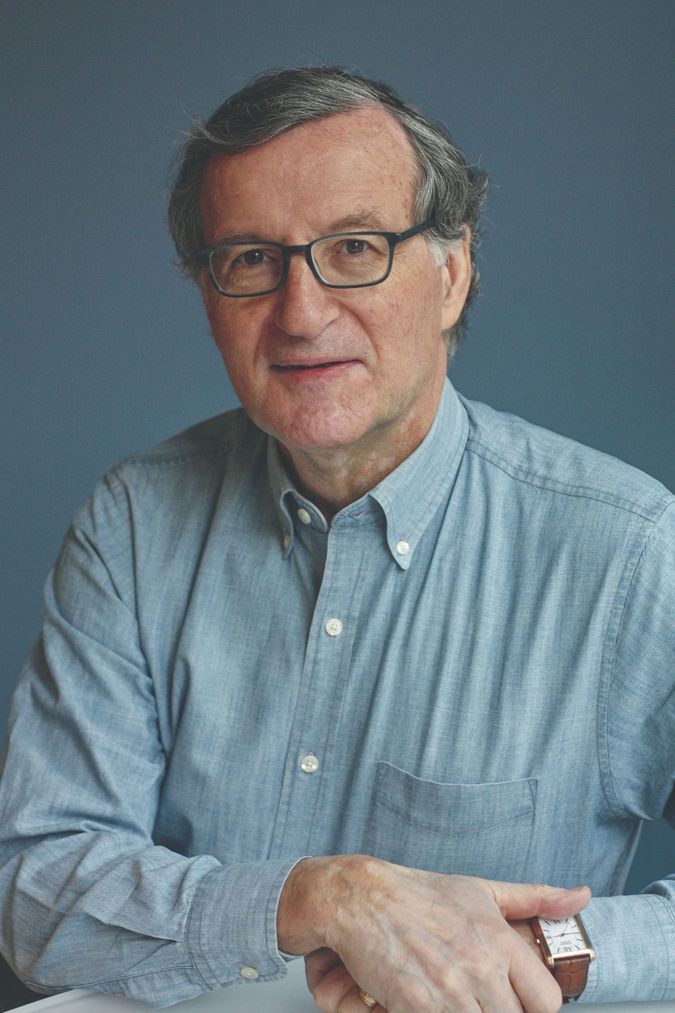 STEVEN GREENHOUSE: I wrote a previous book for Knopf in 2008, “The Big Squeeze: Tough Times for the American Worker,” for the same editor, Jon Segal. He asked me to write a history of American labor. He and I were both concerned that especially young people in America don’t know enough about labor. It’s not taught in schools. But, I feared that if I wrote a comprehensive labor history – rather than a more telescoped one – the book would have been 700 pages, and it’s hard to find lots of people wanting to read 700-page books. I decided to write a far shorter history, that very much focused on the most important – and often most fascinating – episodes and individuals in labor history. And that left me room to devote several chapters to discuss what’s happening to labor and workers in modern-day America.

You don’t always profile the most obvious subjects. Clara Lemlich, an activist who led a garment workers’ strike, is the first person you focus on from the past – that event came after some other big labor demonstrations. Why did you start with her?

GREENHOUSE: I decided to begin the history section with Clara Lemlich because she’s someone a lot of modern-day folks can relate to – even though all this is more than a century ago. She’s smart, strong-minded, independent – she won’t back down. She was this wee little girl — some said she was a teenager, but she was 23 – getting up at Cooper Union’s Great Hall and igniting a conflagration of 20,000 women workers walking out in what was the biggest strike by female workers in American history. There are certain figures in history I’ve always been attracted to. I think Frances Perkins was a great, great American leader – hugely under-appreciated. Walter Reuther [president of United Automobile Workers], these are people I really respect.

This book details the many ways labor has lost power and reinvented — or, in the case of some unions, failed to reinvent — itself. You’re a longtime labor reporter and you pulled from some very old texts. How has reportage on this issue evolved? I know you believe that not enough papers have labor reporters on staff. Of course, as a writer for the Forward this is of particular interest.

GREENHOUSE: The birth of the Forward was tied to the Bund, which was tied to labor and social democrats. The idea of Socialism wasn’t as damned a century ago. In terms of labor coverage, I remember seeing a front page of The New York Times from the 1940s where there were six labor stories on the front page. Organized labor was much bigger, more muscular and more active and it understandably got more coverage and there were, consequently, far more labor reporters at The Times. Strikes were far, far more frequent in the 1940s and ‘50s. In the ‘30s and ‘40s, unions were the new thing, they were exciting, they got a lot of attention, and as unions became less powerful and we went from having 35% of workers in unions to 10.5% and 6.4 in the private sector, it’s understandable that there’s less coverage. However, it’s not understandable or in my view excusable that all these places have no one covering workers. 150 million people go to work every day. Even if unions are not as powerful or as big as they used to be, there’s still a gazillion stories to be done about workers.

At the end of the book you launch into something of a prescription for labor moving forward. Some ideas are quite granular proposals. Can you tell me a bit about those and the decision to include them after having such an objective voice before then?

GREENHOUSE: I wrote my first book in 2007-2008 because I could see that there was this really disconcerting disconnect in the 2000s. Before The Great Recession, corporate profits were at a record, stock markets were at a record and employee productivity was at a record. But after-inflation wages were going nowhere and corporations were busy downsizing and laying off and offshoring and chopping health benefits. Something was wrong. As a reporter, you see that objectively as a phenomenon, but the human being in you says, “There’s something wrong here, and we should try to fix it.” In this new book, I see another phenomenon that’s getting way too little attention. I see that worker power – not just unions, but worker power overall – is at its lowest level since the 1940s and maybe since the 1930s. We’re the only industrialized country that doesn’t have paid maternity leave or, with the exception of South Korea, paid sick days. Of the 36 countries in the OECD [Organization for Economic Co-operation and Development] we’re the only one that doesn’t have a requirement for vacation days – paid or unpaid. We are an outlier in how workers are treated. We talk about American exceptionalism, and one thing that’s exceptional is corporate power in America is much stronger. There’s much more corporate influence over government than in other industrialized countries. So I don’t feel bad making recommendations for how to right this ship, because something is really awry. For my money, the rich have way too much sway over our politics. That’s why it’s fine to say we need more public financing to amplify the voice of typical non-billionaire Americans. And in the workplace with 89.5% percent of workers not having unions, their voices and views are too often ignored.

GREENHOUSE: I agree with Donald Trump that the system is rigged, and the way that it’s rigged is that workers have very little say. They’re told what to do. They’re told to work 16 hour days and you can’t turn it down. So workers resent the system and they blame the Democrats or NAFTA, and Hillary did not do a great job of appealing to workers. People voted for Trump because he said he was going to fix the rigged system. Unfortunately, I submit, he has further rigged the system in favor of corporations. He made his labor secretary America’s number one lawyer in fighting against increased worker protection.

It seems like many running for president in 2020 are hoping to present the Democratic Party as one for working people, some by supporting policies like Medicare For All or a public option as well as the Green New Deal. What do you think is the best posture for these candidates moving forward?

GREENHOUSE: If the Democrats are smart they should forge a message that appeals to Americans — whatever their color, religion, race – that “We want to raise the minimum wage, we want to make college more affordable, guarantee every worker paid vacation. Maybe to increase social security rather than cut it. To make sure there’s adequate training when people are laid off.” There’s that quote from Fred Harris that I have at the end of a chapter, a senator from Oklahoma, who said: “the blue-collar worker will be progressive as long as it is not progress for everyone but himself.”

What’s giving you hope? The strength of the Culinary Union in Las Vegas, the teachers’ strikes?

GREENHOUSE: There are successful models, islands in this big sea. I hope I conveyed that it’s extremely hard to unionize in the United States because the playing field is so in favor of corporations. They have 24-7 access to workers, they show anti-union videos in the break room. They force workers to attend anti-union speeches from high-priced consultants, and they have the absolute right to bar union organizers from setting foot on the property. Right now, white, educated workers like adjunct professors and people in digital media are flocking to unions, partly because they’re less scared than nail salon workers and they’re better educated in [labor rights.] They know how to use social media, and how to fight back and that if they get laid off they’ll probably get another job elsewhere, whereas if you’re a nail salon worker or car wash worker or Walmart worker you’re probably more worried. Corporations have so much power right now, how do you begin to fix the system? Union people say we need industry-wide bargaining like they have in France or Germany, we need card check [a system where workers fill out a card to gauge employee support for being represented by a union]. I say, that’s a pipe dream until and unless we have public financing of campaigns. But it ain’t easy.

Correction, August 1, 8:00 a.m.: [An earlier version of this article misstated the full title of Mr. Greenhouse’s book. The error has been corrected. Additionally, Mr. Greenhouse’s tenure at The New York Times – 31 years with the paper and 19 years covering labor – has also been updated.]

Q&A: Steven Greenhouse On Labor’s Past, Present And Future