The Power Of Connection At JPRO19 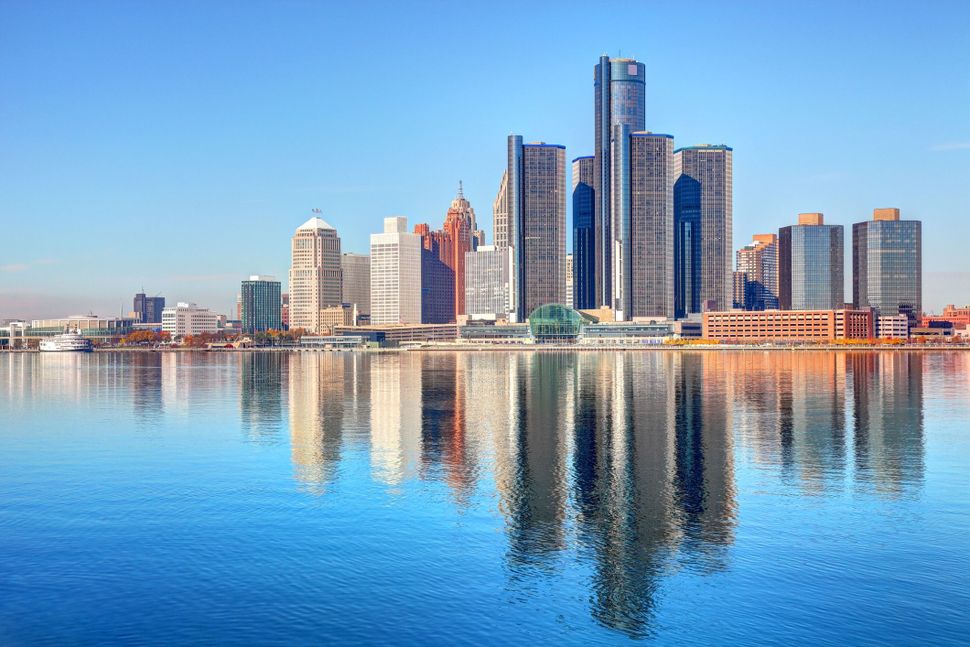 As the Jewish professional community has grown, so has the need for collaboration.

“What Connects Us,” the theme of JPRO Network’s 2019 conference, addresses just that. The tri-annual event in Detroit, Michigan, gives people from all aspects of Jewish professional life across the United States and Canada the rare chance to come together and learn from each other.

JPRO19, which runs August 12 to 14, will welcome about 550 professionals from a range of organizations and specialities, highlighting how much the field has grown. (Editor’s note: The Forward is a media sponsor of JPRO19.) There will be people working in start-ups, federations, Jewish community centers, human service agencies, synagogues and Hillels. There will be people who study Israel education, work in summer camps and those who’ve made a career of fundraising, all under one roof.

“We can learn from one another, we can share, we can grow,” said Erica Goldman, JPRO Network’s director of program and operations. “When we’re all in the same place, more magic happens than when we’re separated into our subfields and offices and geographic regions. It gives the chance to break down those walls and bring everyone with a common goal together in the same room.”

This year, JPRO19 will break the traditional lecture-only conference mold, operating like a choose-your-adventure experience at the Cobo Convention Center in downtown Detroit. It will sprawl along the atrium, which overlooks the river and offers a beautiful view of Canada, and turn into the Connect Lounge, an interactive space with nine activity zones. In between informative sessions, participants can get a headshot, receive personalized advice for career development and practice workplace wellness.

About 80,000 people work in the Jewish field across the U.S. and Canada, JPRO Executive Director Ilana Aisen explained, so the goal is that the connections made and information learned at JPRO19 will be enduring.

“It’s fun and it’s purposeful,” Aisen said. “We want [the conference] to be the beginning of something. We’re thinking a lot about the ripple effect.”

Hosting the conference in Detroit wasn’t an afterthought — the JPRO Network team wanted the location to be more than a backdrop, offering opportunities to go out in the city and learn directly from the organizations and companies thriving within it.

“We know that Jewish communities and Jewish professional life happens in places,” Aisen said. “As much as we can do virtually, the communities and cities we live in matter for the work we do.”

Scott Kaufman, CEO of the Jewish Federation of Metropolitan Detroit, said JPRO19 is the largest Jewish conference the city has seen in about 30 years.

“It’s very exciting,” he said. “We have a unique story, as a city, region and Jewish community.”

Detroit is a great example of the power of collaboration — the city was among the hardest hit in America during the last recession, forcing it to redesign, redevelop and restructure to bring in more people. Like other older midwestern communities, its tight-knit Jewish community has been around for decades, but during the last several years, it rebuilt its urban Jewish center and created an appealing space for the younger generation.

Kaufman says he’s most looking forward to the skills JPRO19 will provide Jewish professionals and the sessions built around difficult conversations, from power dynamics in the workplace to anti-Semitism.

The Jewish Federation of Metropolitan Detroit is a partner of JPRO19. Three major sponsors include the William Davidson Foundation, the Jim Joseph Foundation and the Charles and Lynn Schusterman Family Foundation.

“People who normally don’t come into contact with one another, either because they live in different places or they work in different parts of the field are all going to be in the same place,” Aisen said. “We think there’s so much power in individuals strengthening their networks to create a more vibrant and robust ecosystem.”

The Power Of Connection At JPRO19