Q & A: Why The Citizens Of A French Plateau Saved Hundreds During The Holocaust 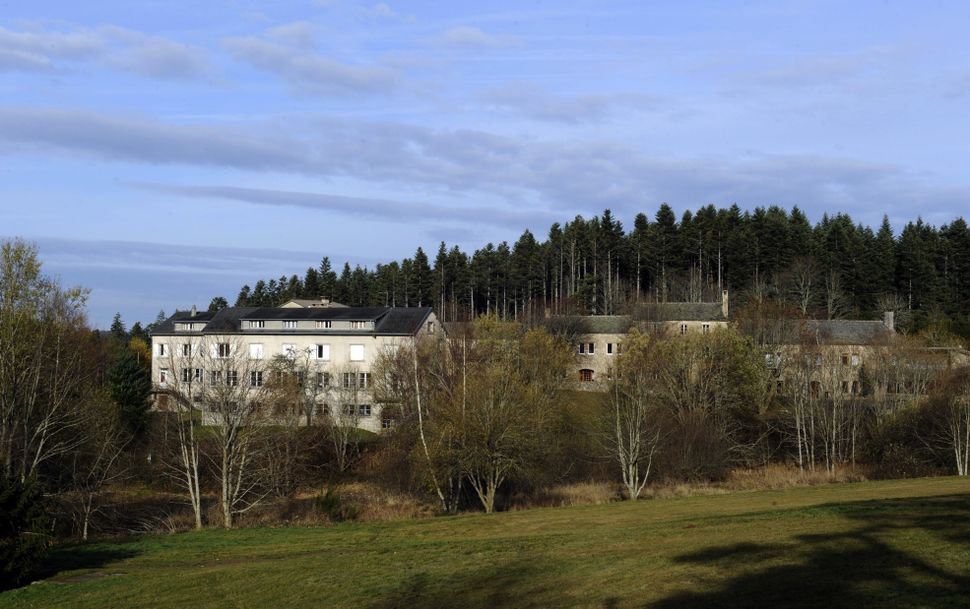 The windswept plateau of Vivarais-Lignon in south-central France has a history of remarkable acts of sacrifice.

For centuries, its residents have taken in refugees. In the 16th century, the largely Protestant plateau sheltered its coreligionists during religious wars. Two centuries later, the population hid Catholic priests during the French Revolution’s anti-clerical Reign of Terror. In the 1930s, they accepted mothers and children fleeing the Spanish Civil War.

The community continues the tradition today with a welcome program aiding asylum-seekers from African and Eastern European countries and, recently, Syria. But the region’s most conspicuous act of sanctuary came in the 1940s, when, in the midst of Nazi deportations, the plateau’s residents provided hundreds of refugees, most of them Jewish children, with shelter, clothing, food and education. For this effort, the town of Le Chambon-sur-Lignon, located on the plateau, is one of only two communities memorialized at Yad Vashem’s Garden of the Righteous Among the Nations, the other being the Dutch village of Nieuwlande, whose 117 residents hid one Jew or Jewish family per household.

In her new book “The Plateau,” anthropologist and author Maggie Paxson explores the legacy Le Chambon-sur-Lignon, and the individuals who endangered themselves to protect an international group of strangers. Paxson, whose first book was the anthropological narrative “Solovyovo: The Story of Memory in a Russian Village,” brings field work, historical analysis and deep, personal inquiry to her study of Le Chambon-sur-Lignon. She asks of the town’s residents, and herself, an urgent question: What makes a group behave selflessly — even irrationally — in the face of enormous risk?

Paxson finds her answer in current efforts to aid asylum-seekers and in the historical case of Daniel Trocmé, a young educator who ran two schools for refugee children during World War II.

Trocmé was not local to the plateau, although he had family native to it, but he continued its tradition of charity. In June of 1943, the Gestapo arrested him with a number of his students. and he died of illness in the Majdanek concentration camp on April 4, 1944, at the age of 34.

Paxson found the key to the region’s humanitarianism was a simple formula: See people as people — not refugees, not foreigners, not Jews. For residents of the plateau, that precept is carried across generations as a universal value.

The Forward’s PJ Grisar spoke with Paxson over the phone. The following conversation has been edited for length and clarity.

PJ Grisar: You have a family connection to the plateau. Can you tell me about it? 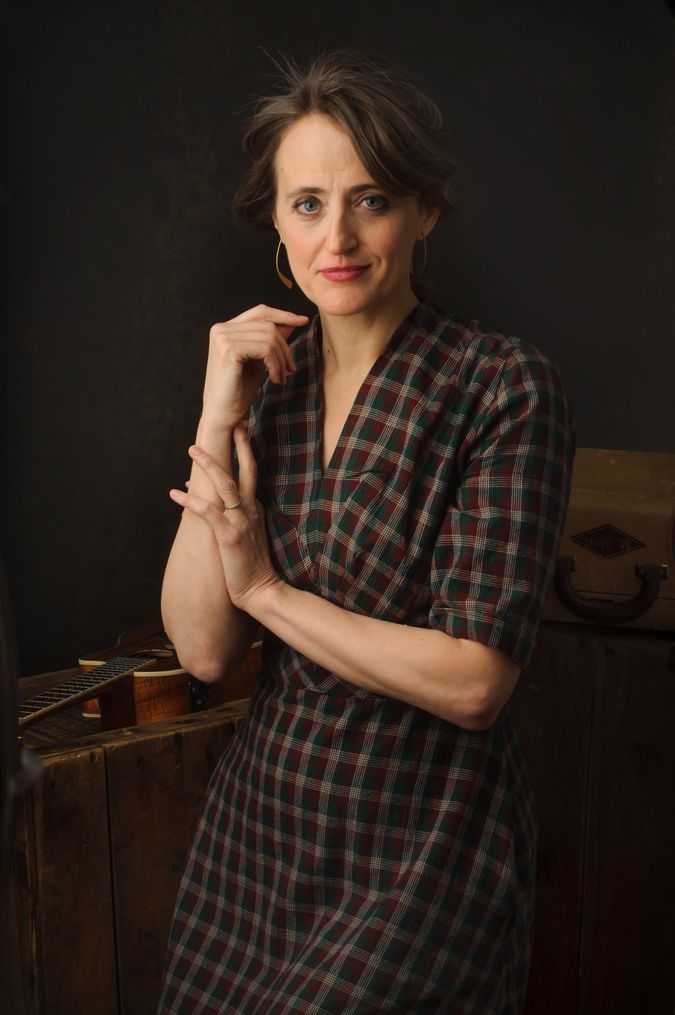 Maggie Paxson: Many years ago, my aunt Barbara sent me this book, “Lest Innocent Blood Be Shed” by Philip Hallie, that told the story of the plateau and what happened there during World War II, where the entire community sheltered refugees. I remembered my aunt said, “You might want to read this, it’s somehow connected to our family.”

Years later, I went for my first visit to the Holocaust Museum in Washington, D.C. The last hall of the museum contains the Hall of Rescue and Resistance. There was an exhibit there dedicated to Le Chambon-sur-Lignon, a village on the plateau. In this exhibit was a name that I recognized from my family, and that was the name “Trocmé.” The name came into my family through Suzanne Trocmé, the second wife of my great-grandfather and the only wife of his that I ever knew. I remember her being this benign, lovely presence in my grandmother’s house. [Her] cousin, André Trocmé, was this charismatic pastor, one of the people at the center of this story in the plateau. And her little brother Daniel was one of the people who came and helped with the effort. I wrote his story.

You write that social science doesn’t need a family connection, or doesn’t even want it. Were you torn about including parts of your own background and personal life in this book?

I really didn’t want to [include it]. I marched in there thinking I was going to write something that was akin to the book that I wrote after my Ph.D dissertation, a sort of academic book about a village in Russia and collective memory there. I saw this really splendid social science question, which was: “How did these people do this incredible thing that so few other people and communities did during the Holocaust?” I thought that’s enough of a story to sell the whole book.

But then, I learned [that] not only did this community shelter people during the Holocaust, but [also] beforehand, and then it turned out there were refugees living there today. I started thinking “What if it was me then? How would I know if I would know what to do in these terrible times?” Daniel comes to this place, he makes a fateful decision to go and help out, and that does eventually lead to his arrest and deportation and death in an extermination camp. To parallel his story alongside my individual searching meant that I had to start grappling with these larger things. Daniel is a very distant relative, but his story inspired me greatly. I couldn’t leave the personal side aside

When did you begin work on this book and what was the state of the refugee crisis then?

In 2010 or 2011. It was a somewhat different world back then, at least in my circle of experience. Towards the end of my researching, the very first Syrian refugees arrived on the plateau. There had been asylum seekers while I was there — there was a welcoming center for asylum-seekers sponsored by the state and other sources. But those people came from all different parts of the world. But this crisis was just about to hit Europe; Europe itself was a [dealing with] an economic crisis that had happened not long before, and people started to get really scared, so at that time the rise of the Right was happening. It reached a sort of peak of anxiety while I was there.

The way the plateau exists as a potential model for peace and tolerance — though not one free from violence — has many lessons. What to your mind is the major takeaway?

During the war it was all these, in particular Jewish, refugees coming to the plateau. When André Trocmé was asked by Vichy authorities, “How can you take these people in?” He said, “We don’t know Jews, we only know men.” We don’t think about the strangers at our doors as exemplary of ethnic backgrounds or religious backgrounds or national backgrounds or political backgrounds — we think of them as human beings. Their habit is to not even ask.

Normally you would think in difficult or dangerous times a community would hole up and harden the boundaries around themselves because it’s afraid of the other that’s out there. In seeing other human beings they make this boundary porous, they allow other human beings to come in. That’s a very potent social behavior.

There’s a church — a Protestant church, but they call it a temple — in the plateau, and etched on the wall is the phrase “aimez-vous les uns les autres,” “love one another.” Love is also a social action: What do you do when you love someone, how do you behave toward them? I think this takes it from the social to the individual. Most importantly, I learned there’s no magic in the water, but there is in effect a kind of alchemy that happens when you can look into the face of a stranger and see, in that stranger, the friend.

Q & A: Why The Citizens Of A French Plateau Saved Hundreds During The Holocaust