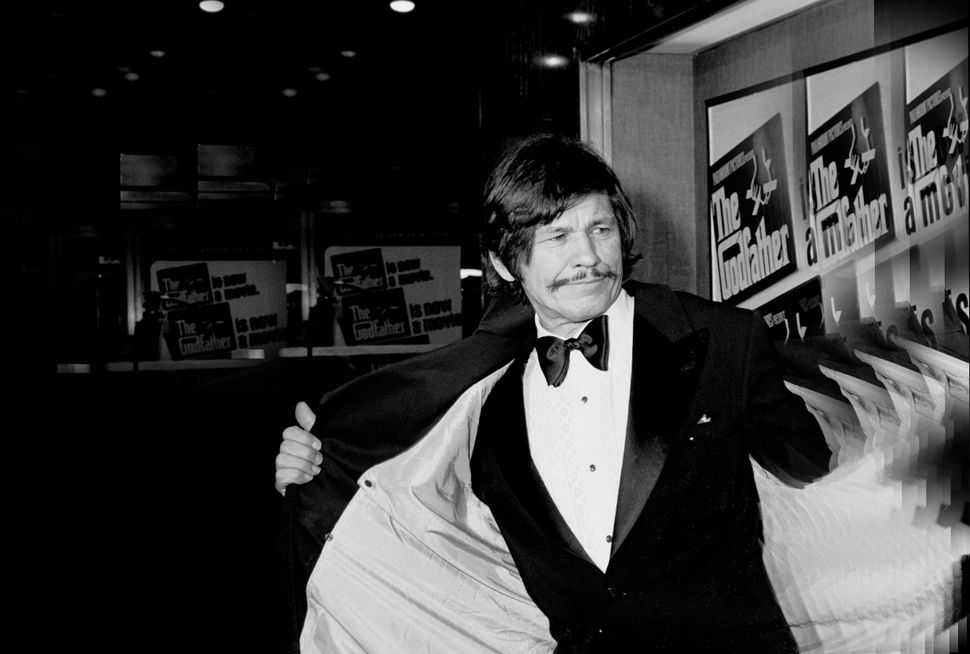 It has been forty-five years since the first “Death Wish” movie was released. It has a surprisingly rich yet hidden Jewish history.

Before becoming as a movie franchise that has lasted for six films between 1974 and 2018, “Death Wish” started life as a 1972 novel with a Jewish protagonist. Brian Garfield’s book of the same name featured an explicitly Jewish family: Paul Benjamin, his wife Esther and their daughter Carol.

Garfield describes them as hailing “from religiously indifferent backgrounds, nominally Jewish, effectually disinterested. Even their political causes and charitable interests had been non-sectarian; they have never supported Zionism or the Temple or the B’nai Brith.”

When a burglary goes wrong leaving his wife dead and his daughter in a coma, Paul is transformed from meek tax executive into one of what Paul Brienes called a “tough Jew” in his 1990 book of the same name.(Strangely, though, Breines omits “Death Wish” from his analysis). Paul seeks vengeance and becomes a vigilante, randomly killing muggers and other ne’er-do-wells on the streets of New York City. He is what New York Jewish Intellectual, Irving Kristol, described as “a liberal mugged by reality,” that is, a neoconservative.

Two years later, in 1974, the book was adapted into the first “Death Wish” movie, directed by British-Jewish director Michael Winner. Despite his own origins, Winner helmed a film that removed any extant trace of Jewishness. Charles Bronson was cast in the lead role, his name was changed to Paul Kersey, his profession to architect.

It might have turned out differently, though, if Jewish director Sidney Lumet who was originally planned to direct it, had directed the movie.

In the movie, in his first on screen role, Jeff Goldblum is credited as Freak #1, one of the home invading rapists who attack and kill Paul’s wife.

The sequel was produced 1n 1982 by Menahem Golan and Yoram Globus’s Cannon Films. It had purchased the rights to the “Death Wish” concept from Dino De Laurentiis. Executive Menahem Golan had planned to direct the film himself, but, on Charles Bronson’s insistence, Michael Winner returned.

Winner returned again in 1985 to direct “Death Wish 3,” also produced by Cannon Films. The film included Jewish actor Martin Balsam as World War II veteran Bennett Cross, as well as an elderly Jewish couple Mr. and Mrs. Elic Kaprov who are terrorized by hoodlums. “Heeb” magazine named the sequence where Paul offers to protect them as one of its top “100 Greatest Jewish Movie Moments” because this “Jewish movie moment is a poetic reminder of an urban era gone by — the apex of inner-city violence, right before old-world Jews fled to suburbia.”

The series had seemingly died with the fifth movie in 1994 until Jewish director Eli Roth resurrected it in 2018. Rather than being yet another sequel, it was a remake of the original 1974 film. This time Paul was played by Bruce Willis, reprising his “Die Hard” roles, but as a trauma surgeon.

Roth’s remake attracted some criticism from Jews. Writing in “The Forward,” Noah Berlatsky suggested that Eli Roth was channeling some of his role as the Bear Jew in Quentin Tarantino’s “Inglorious Basterds” (2009) but with the view to “peddling an openly fascist white empowerment fantasy.”

It is curious though, how this footnote in Jewish literary history – a 1972 neoconservative Jewish revenge drama has been overlooked. But also, how the films have progressively erased the novel’s Jewishness despite them being produced, directed, and starring a variety of Jews.