Brian Epstein: A Timeline Of The Jewish Beatle 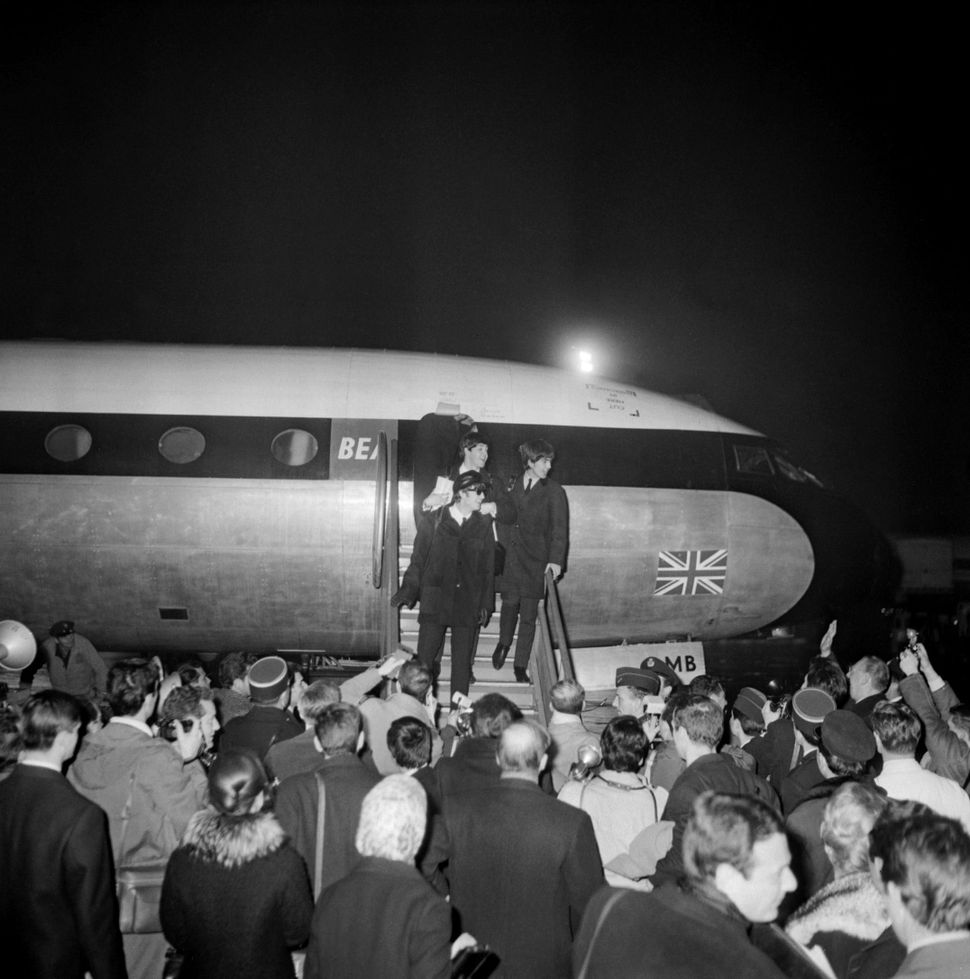 The Beatles arrive in America. Image by Getty Images

On this day in 1934, Brian Epstein — future manager of The Beatles — was born. In celebration of what would have been Epstein’s 85th birthday, here’s a look at some of the highlights of the life of “The Fifth Beatle.”

1934 Born on Yom Kippur to Jewish parents who lived on Rodney Street in Liverpool on September 19. “I am an elder son,” Epstein would later write in his memoir “A Cellarful of Noise,” “a hallowed position in a Jewish family, and much was expected of me.”

1944 Expelled from Liverpool College at age 10.

1952 Served in the British military where he was tried for impersonating an officer. He later received a medical discharge from the army.

1954 Attend the Royal Academy for the Dramatic Arts. Among his contemporaries were Peter O’Toole and Albert Finney. He ultimately dropped out. “I stuck it three terms and discovered a distate for the actor-type which lingers even now,” Epstein wrote in his memoir. “The narcissism appalled me.”

1961 Published a music column in the magazine “Mersey Beat.” First heard of “The Beatles” from a customer at the family music store. Went to see the band play at Liverpool’s Cavern Club.

1962 Became manager of The Beatles, which entitled him to 10% of their earnings. Participated in the decision to fire drummer Pete Best and replace him with Ringo Starr. Served as best man at John Lennon’s wedding. Signed The Beatles to EMI Records.

1963 Booked The Beatles on “The Ed Sullivan Show.” Was the subject of an interview in The New Yorker. Accompanied the band as they played before the Queen Mother at the “Royal Variety Show.”

1964 Published his memoir entitled “A Cellarful of Noise.” John Lennon, who would make Epstein the subject of various homophobic jokes, quipped that the title should have been “A Cellarful of Boys.” Executive-produced the film “Ferry Cross the Mersey,” which featured Epstein-managed acts including Cilla Black and Gerry and the Pacemakers. Had an uncredited cameo in the film “A Hard Day’s Night.”

1965 Took over London’s Saville Theatre, which produced both plays and concerts.

1966 Held a press conference to exert damage control over John Lennon’s assertion that The Beatles had become more popular than Jesus Christ.

1992 Was played by the actor David Angus in Christopher Munch’s film “The Hours and Times,” which speculated about a possible romantic relationship between Epstein and John Lennon.

2013 Was the subject of “The Fifth Beatle,” a graphic novel by Vivek Tiwary, Andrew Robinson and Kyle Baker.

Brian Epstein: A Timeline Of The Jewish Beatle