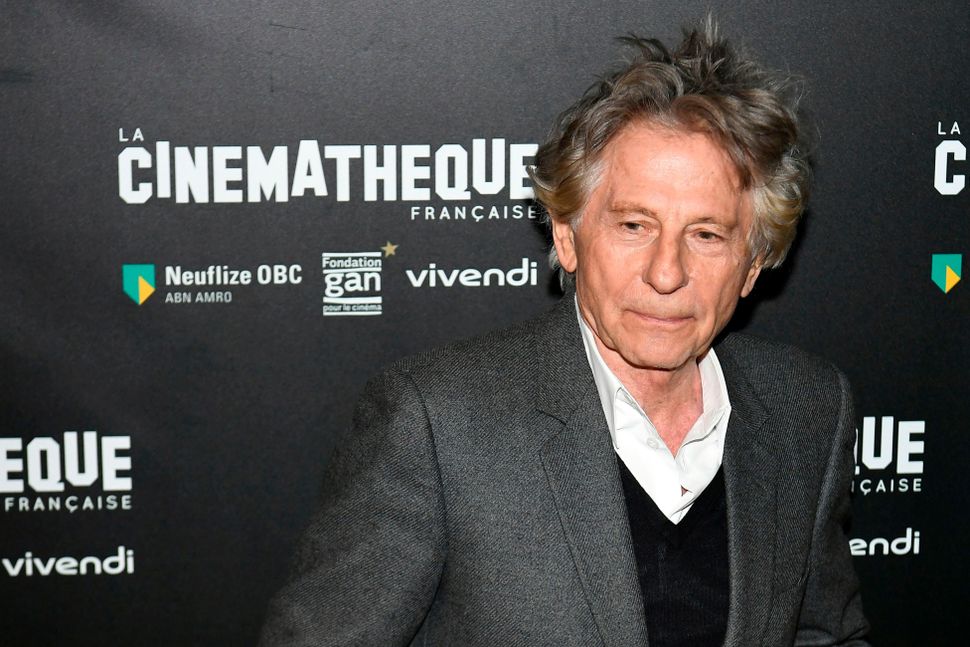 Roman Polanski’s “An Officer and a Spy (J’Accuse),” the director and convicted child rapist’s film about the Dreyfus affair, has won a prestigious award from the Venice Film Festival.

Reviews from the festival noted that, while the film was technically accomplished, Polanski had in interviews drawn direct parallels between his own case and that of Dreyfus, a French army captain whose wrongful 1894 conviction for treason became the center of a violent escalation of French anti-Semitism.

Polanski, who pled guilty to charges of child rape in 1977, fled the United States before his sentencing in January, 1978. He has lived in Europe since.

In Dreyfus’s case, Polanski said in an interview distributed with the film’s press packet, “I can see the same determination to deny the facts and condemn me for things I have not done.”

The announcement of the film as the winner of the festival’s Silver Lion Grand Jury Prize, its second-most prestigious award, was met with dismay.

Roman Polanski, a fugitive from justice for over 40 years, who raped and drugged a 13-year-old girl, took home the Venice Film Festival’s Grand Jury Prize for his film “An Officer and a Spy” https://t.co/SnQsk3QxTM

Roman Polanski, a criminal rapist, is celebrated and feted in Europe. Meanwhile immigrants and Muslims are demonized as a criminal threat. Gotta love the hypocrisy.

Writing for Jezebel, Emily Alford summarized the source of the sentiments. “Since his conviction, Polanski has been persecuted with an Oscar, two Golden Globes, and the Cannes Palme d’Or,” she wrote, “which is exactly like the story he tells in his film except that Alfred Dreyfus didn’t do it, had to go to prison after he was convicted, and wasn’t given a wheelbarrow full of awards by people who never gave a shit about the crime he was accused of in the first place.”