How They Brought Down Harvey Weinstein And Jump-Started #MeToo 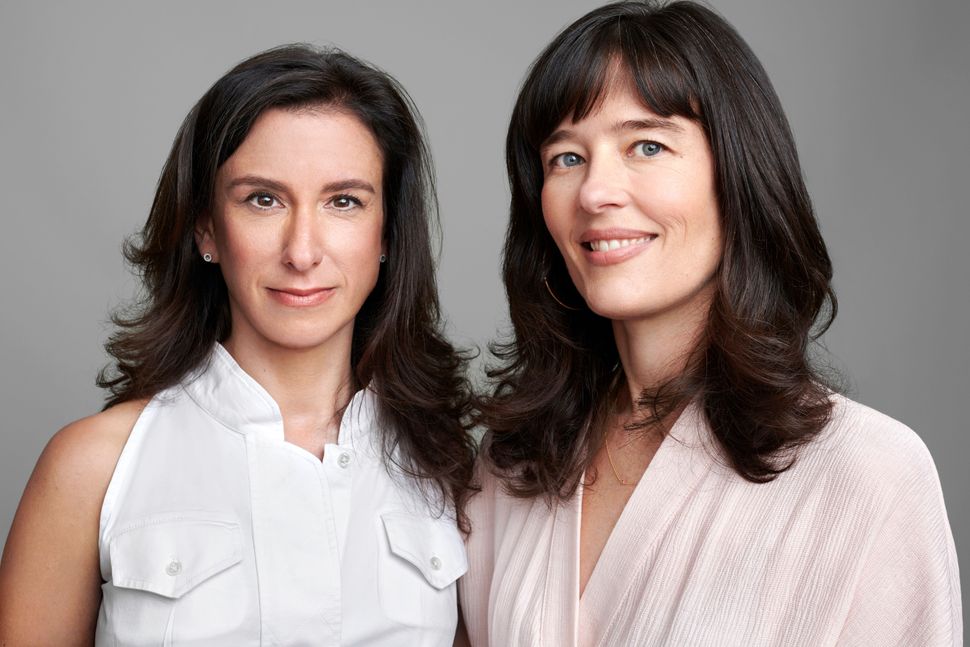 She Said: Breaking the Sexual Harassment Story That Helped Ignite a Movement

In “She Said,” New York Times investigative reporters Jodi Kantor and Megan Twohey raise the thorny question of whether the #MeToo movement has gone too far — or not far enough.

Then they drop it. “It was not clear how the country would ever agree on effective new standards or resolve the ocean of outstanding complaints,” they write.

Don’t look to Kantor and Twohey for philosophical theorizing or big-picture historical thinking. They’re too deep in the trenches for that. What they’ve given us instead is a fascinating, fluidly written primer on how they conducted their ground-breaking, Pulitzer Prize-winning reporting on movie producer Harvey Weinstein and his alleged campaign of sexual terror, manipulation and intimidation.

The book includes new details about their sources (one “Deep Throat” was Weinstein Company accountant Irwin Reiter), as well as Weinstein’s erratic interactions with The Times, Bob Weinstein’s conflicted and ineffectual dealings with his brother (and business partner), explosive internal correspondence, and even audiotape of an emergency Weinstein Company board meeting after the first Kantor/Twohey story went live.

Tacked on to the Weinstein blow-by-blow is a less enlightening section on Christine Blasey Ford, the Stanford University psychology professor whose allegation of a high school sexual assault slowed, but failed to stop, Brett Kavanaugh’s ascent to the U.S. Supreme Court. Ford, it seems, was an even more reluctant witness than we knew at the time. She also managed her Senate Judiciary Committee testimony on just two hours of sleep, plus caffeine.

“She Said” is very much a process book. It should be required reading in journalism programs for its insights into how reportorial grit and savvy can crack walls of denial – especially when neither time nor money is (much) at issue. The main pressure on The Times came from the footsteps of competitors, primarily Ronan Farrow of The New Yorker, which later shared the 2018 Pulitzer Prize for Public Service. Farrow’s book, “Catch and Kill: Lies, Spies and a Conspiracy to Protect Predators” (Little, Brown and Company), is due out in mid-October.

But the appeal of “She Said” extends beyond the procedural. Though mostly written with cool-eyed detachment, the book is a stark, old-fashioned tale of heroism and villainy.

The heroines include the reporters themselves. “We describe how we coaxed out secrets, pinned down information, and pursued the truth about a powerful man even as he used underhanded tactics to try to sabotage our work,” they write. Starting with rumors of wrongdoing and backed by their editors (notably Rebecca Corbett and Times executive editor Dean Baquet), they pieced together the stories that scuttled Weinstein’s career and motivated women across class lines and industries to reveal a tsunami of sexual harassment and assault. (Weinstein has denied any nonconsensual sex and pleaded not guilty to charges of rape and sexual assault in New York, where a trial is set for January.)

Other heroines of “She Said” include the actresses Ashley Judd – the first celebrity to go public with an account of Weinstein’s alleged sexual misconduct — and Gwyneth Paltrow, whose film stardom owed much to Weinstein. Paltrow offered extensive help to the Times reporters behind the scenes before agreeing to be quoted on her own early-career Weinstein incident.

Reiter, too, counts as a hero, impelled by his disgust at Weinstein to meet repeatedly with Kantor in a dim Tribeca bar (less forbidding than the parking garage of Watergate lore, but suitably picturesque in its own right).

Then there are the many villains of the piece. Weinstein is the obvious one, along with those in his company and industry who declined, despite flagrant warnings of misconduct, to slay what seemed like their golden goose. But Kantor and Twohey are particularly devastating in their assessment of the lawyers involved in what they regard as a multimillion-dollar industry fueled by sexual harassment cover-ups.

David Boies, a liberal-leaning celebrity lawyer who helped represent Weinstein and retain the services of a shadowy organization called Black Cube to throw reporters off track, has refused to apologize. (The Times, which also employed Boies’ firm at one point, fired him for what it deemed a conflict of interest.) By contrast, Lisa Bloom, daughter of feminist lawyer Gloria Allred and a frequent advocate for victims, has expressed regret for her defense of Weinstein. But she still comes off poorly, in part because of a disturbing legal memo in which she promises to help smear the actress Rose McGowan and paint Weinstein (however improbably) as a feminist hero.

But Kantor and Twohey also criticize plaintiffs’ attorneys, including Allred. These lawyers, they write, profit hugely off secret settlements with nondisclosure agreements that constrain the women they represent and fail to out or stop their alleged harassers.

There are also many anonymous villains in “She Said:” the cowardly, misogynistic trolls who issue death and rape threats to both the reporters and those who speak out about sexual misconduct. Who are these people? Why are they so hateful? That seems worthy of investigation, too.

An epilogue titled “The Gathering” summarizes a de-briefing the reporters held at the ever-accommodating Paltrow’s luxurious Brentwood home. At some effort and expense, the Times assembled a dozen subjects, including Weinstein accusers, Christine Blasey Ford, one of the women charging President Donald Trump with forcible kissing, and women fighting harassment in the fast-food industry. The unsurprising take-away of that session turns out to be that, for all the difficulties involved, it is empowering to go public with the truth.

How They Brought Down Harvey Weinstein And Jump-Started #MeToo