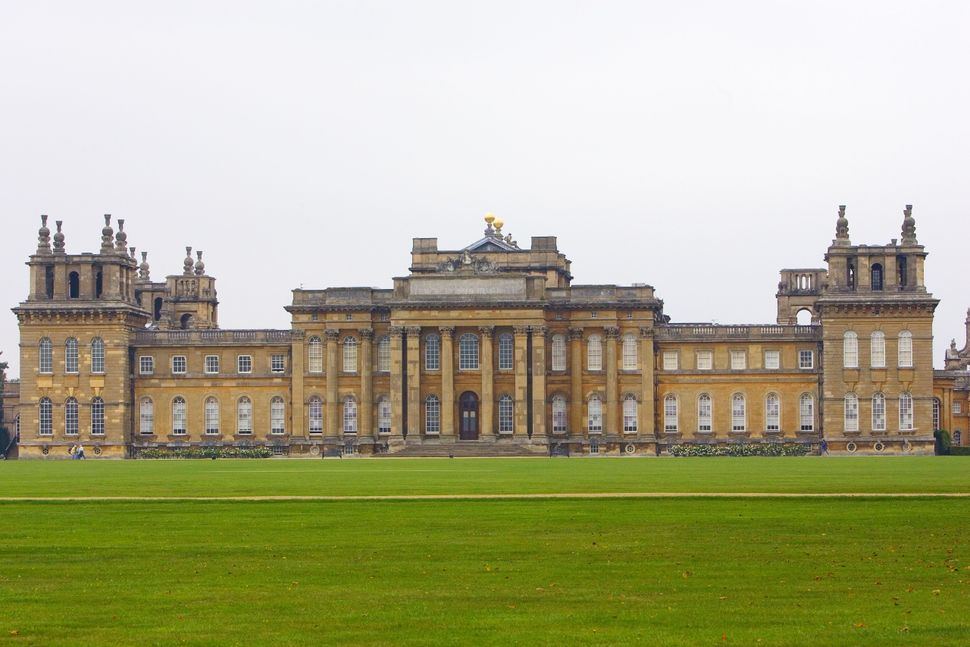 Update, September 14, 10:40 a.m.: This article has been updated subsequent to the September 14 theft of Catellan’s “America,” a 19-karat gold toilet. 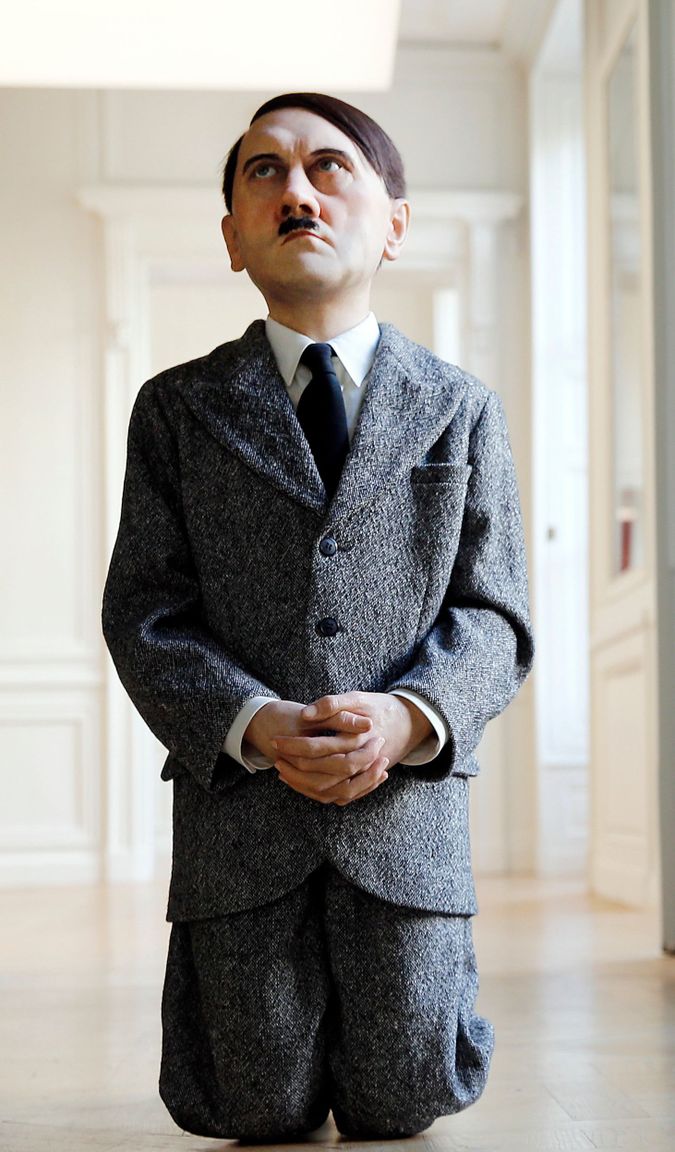 Maurizio Cattelan’s “Him,” a sculpture of Hitler, seen in France in 2016. Image by Chesnot/Getty Images

The Italian artist and provocateur Maurizio Cattelan’s sculpture “Him,” which depicts a kneeling, child-sized Führer, has been placed before a church organ at Blenheim Palace in Oxfordshire. Churchill, the late Prime Minister who guided the United Kingdom through World War II, was born in the palace, his family’s historic home, in 1874.

“Him” is only one provocative item on display in the temporary exhibit of Cattelan’s works at Blenheim. Among the other artworks included are a statue of Pope John Paul II downed by a meteorite, a statue of Pinocchio — staged lying face-down in a fountain on the estate’s grounds — and a long trail of Union Jack flags stitched together and designed to be tromped on as visitors enter the palace.

While Churchill, who swore to fight the Nazis on the beaches, landing grounds and more, would probably have mixed feelings about welcoming an effigy of Hitler into his boyhood stomping grounds, at least one of his relatives is on board. Lord Edward Spencer-Churchill, the founder of the Blenheim Art Foundation, told the BBC he was “delighted” to have Cattelan’s work in his family’s ancestral seat.

On the subject of seats, one of the exhibit’s most eye-catching holdings, a 19-carat gold toilet called “America” that Cattelan had offered to President Trump in 2017, was stolen from the palace on September 14. One man has been arrested, but, at press time, the artwork is still missing, prompting fears it may have been melted down.

Responding to the theft, Cattelan told The New York Times it was not a prank, but “deadly serious if even a little bit surreal.”