From Poland To The USSR To Iran To Israel: A Holocaust Story 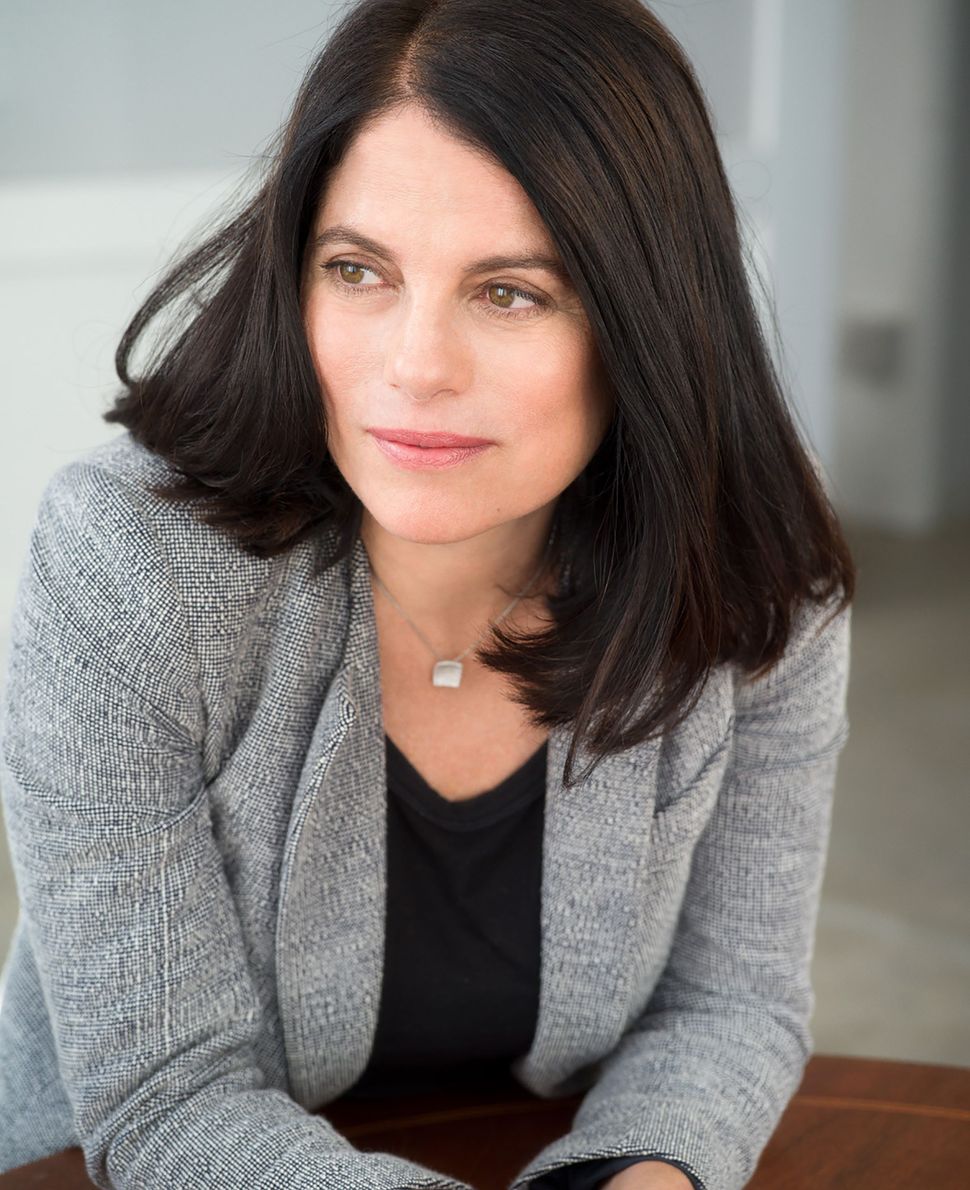 It was the prompting of an Iranian-American colleague at the City College of New York that stirred Mikhal Dekel’s interest in her family’s Holocaust narrative of flight, hardship and survival.

Dekel’s initial idea was to collaborate on a book with Salar Abdoh, a fellow English professor who had left Iran after the 1979 Islamic Revolution. He returned there to help with research, since Dekel, as an Israeli citizen, was barred from the country. But the joint project proved unwieldy, and it collapsed as the friendship, beset by political differences, grew tense and distant.

In “Tehran Children: A Holocaust Refugee Odyssey,” the two academics’ shifting relationship provides a metaphor for charged encounters among various peoples – Polish Jews, Polish Catholics, Russians, Uzbeks, Iranians and others — under wartime stress. The fruit of a decade of archival research, extensive travel, and interviews with family and strangers, the book is a major achievement and an important addition to the literature of the Holocaust.

In tracing her family’s journey, Dekel chronicles the relatively little-known tale of the hundreds of thousands of Polish Jews (as well as other Poles) who fled east, to Soviet-occupied territories or the Soviet Union, after the Sept. 1, 1939 German invasion of Poland. Theirs was “a story of being vomited out from the tentative safety of home into a vast, impoverished, ferociously dangerous world,” she writes. With considerable imaginative empathy, Dekel embeds a gripping memoir and travelogue in a wide-angled history of wartime migrations and privations.

Rejecting the binary of victim and perpetrator, Dekel finds complexity in relationships shaped by changing material conditions as well as prejudice. Encountering a succession of guides, hosts and witnesses, reliable and less so, she explores the lingering traces — and denial — of the past in the present. And she ponders the role of contingency in determining destiny, the notion of “life as fundamentally ironic, human agency as largely futile.” 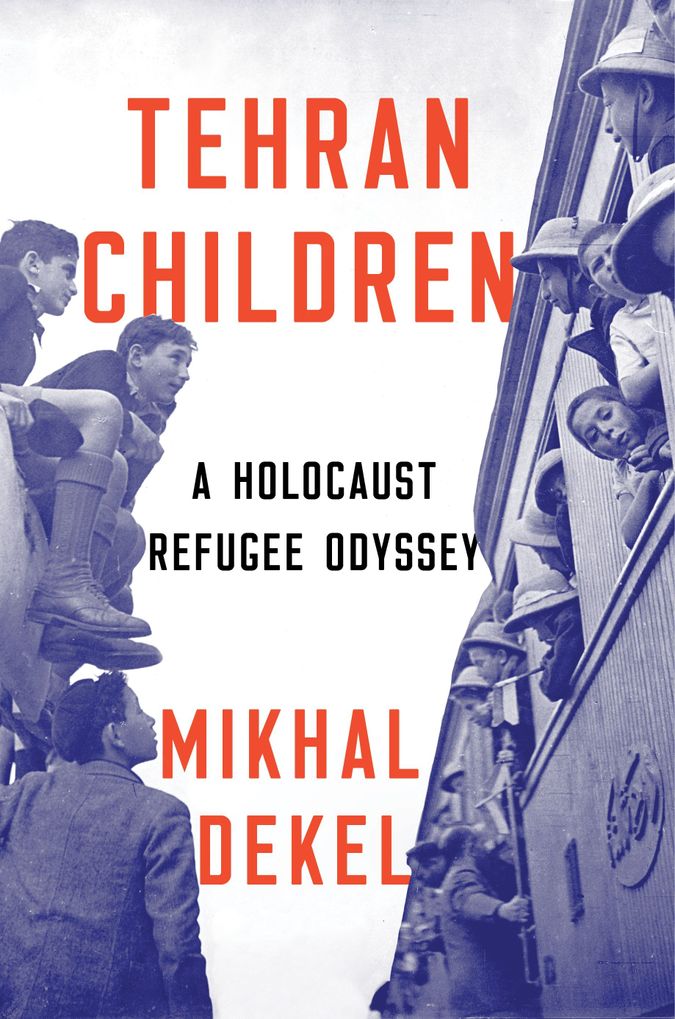 The book begins slowly as Dekel explains its origins and rationale, then pauses to thumbnail Iran’s evolving attitudes toward Jews. But the narrative momentum increases as her family – and, decades later, Dekel herself – begins hurtling from country to country.

Although about 250,000 of the 350,000 Polish Jews who survived the war did so in the Soviet Union, their fate has been something of a historical black hole. The opening of Russian, Polish and Central Asian archives, a spur to much recent Holocaust research, has been integral to revealing details of those harrowing years.

Until she began this project, Dekel says she knew remarkably little of her family’s journey and thought of herself, like many Israelis, as “a child without a painful Jewish past.” “Tehran Children” is dedicated to her father, Hannan, an emotionally remote man who may have died from the after-effects of his wartime ordeal, and to his sister, who served as a key source for the book.

Dekel’s paternal relatives, the Teitel family (as they were then called), were the prosperous owners of a brewery in Ostrów Mazowiecka, Poland, a predominantly Jewish town of about 10,000 where they had lived for generations. But just five days after the Nazi invasion, Dekel’s paternal grandparents, father, paternal aunt Regina (later known as Rivka) and cousin Emma (Noemi) gathered their possessions and headed east. Visiting their onetime home decades later, Dekel finds “no collision between the town’s Jewish and Catholic pasts … no haunting, only plain, uncontested erasure.”

Allied to Nazi Germany in the war’s early months, the Soviet Union didn’t exactly welcome Polish refugees. In waves of deportations, it arrested them in the middle of the night and stuffed them onto trains akin to the Nazi cattle cars. Jews and non-Jews alike were sent either to gulags in Siberia or (in Dekel’s family’s case) slightly less restrictive “special settlements” in other remote, underpopulated areas. Thousands died from a combination of punishing work regimens, extreme cold, starvation rations and disease, consigned to what Dekel calls “one gigantic, unmarked burial ground….”

In the summer of 1941, when the Soviet Union and Poland switched from being enemies to allies, about 300,000 Polish citizens in Soviet territory were supposed to be released from captivity. Not all were, but many, including Dekel’s family, made their way to one of the five Soviet Muslim republics in Central Asia.

Though some received help from residents, they continued to be plagued by hunger, inadequate shelter and disease. During her own stay in Uzbekistan, Dekel is warmed by “a culture of hospitality and compassion,” but, having relaxed her guard, gets violently sick from drinking tainted water. Abdoh, her Muslim colleague and travel companion, helps care for her.

In 1942, about 116,000 Poles, both civilian and military, were evacuated by the Polish Army to Iran, among them about 6,000 Jews – including Hannan, Regina and Emma. At first, they were welcomed by Iranians and assisted by the country’s established Jewish community. But non-Jewish Poles received better accommodations and more aid, Dekel discovers, and the relationship between Jews and other Poles deteriorated. Food shortages, blamed on the refugees, aroused Iranian hostility as well.

With international Jewish help, more than 800 of the so-called Tehran Children finally immigrated to Palestine in 1943. Because Iraq refused transit visas, a short trip turned into a long, circuitous sea journey via India. On arrival, the children were assigned mostly to the care of kibbutzim or the religious Zionist Mizrahi Party, with Dekel’s relatives ending up at Kibbutz Ein Harod. Years later, Hannan’s mother was able to rejoin him in Israel, where the tenderness of their bond stoked Dekel’s childhood jealousy.

Dekel writes that it was a near-impossible task to unearth her family’s story, to “retrieve it whole across the bar of seven decades of silence….” “Tehran Children” is a yeoman accomplishment, a skillfully wrought bridge between past and present that raises critical questions about both.

From Poland To The USSR To Iran To Israel: A Holocaust Story