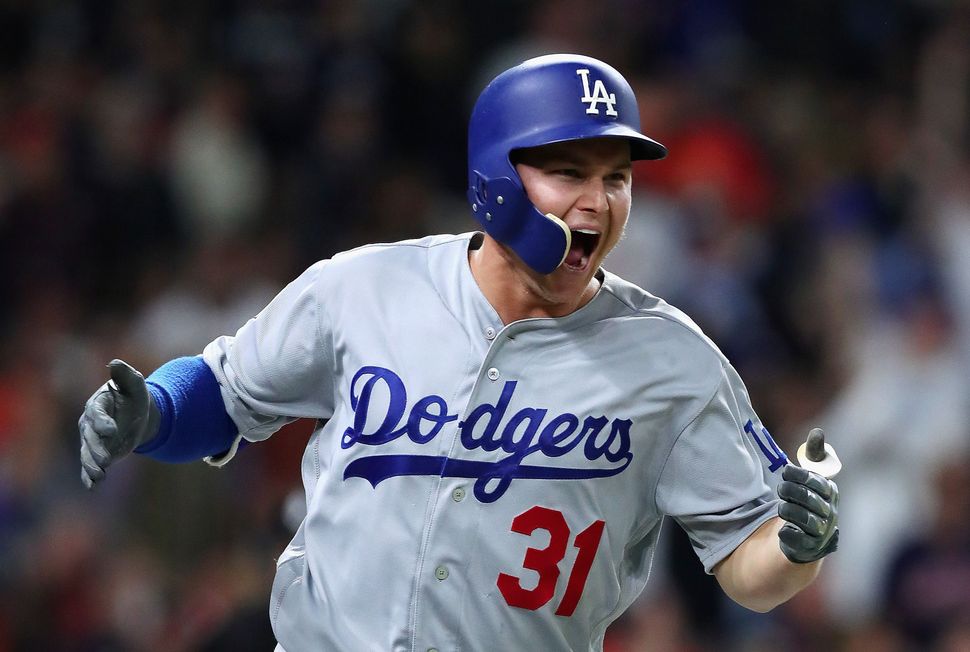 In the end, the three prominent Jewish players who were taking part in baseball’s postseason this week all opted to play on Yom Kippur. In the end, their decisions were not really surprising.

The three — Alex Bregman of the Houston Astros, Joc Pederson of the Los Angeles Dodgers and Max Fried of the Atlanta Braves — were all being measured against Sandy Koufax, who famously sat out Game 1 of the 1965 World Series because it fell on Yom Kippur.

But Koufax was missing the beginning of a Series that had the potential to last seven games. There would be time for him to make up for what he had missed, to get back in uniform and help out his teammates.

That forever cemented the status of Koufax as one of the great pitchers in baseball history. But what if Yom Kippur had arrived in the latter part of the 1965 World Series? Would Koufax have sat out Game 5, or more dramatically, Game 7? Perhaps, but it would have been a more difficult decision for him than sitting out Game 1.

Which brings us back to Bregman, Pederson and Fried and the dilemma they faced as Yom Kippur arrived on Tuesday evening. All three players, and their teams, were deep into a first-round playoff series that lasts only five games. All three players — Bregman and Fried had more-or-less traditional Jewish upbringings, Pederson is half-Jewish on his mother’s side — probably felt an overriding commitment to their teammates. And all three chose to play.

Bregman, who is the Astros’ third baseman and one of the best players in baseball, went first, playing Game 4 of a first-round series against the Tampa Bay Rays as Kol Nidre services began to kick in across the country. The Astros needed to win the game to close out the series against the pesky Rays, but instead they lost, 4-1. Now they will play a winner-take-all Game 5 on Thursday night, an uncomfortable scenario that might have been on Bregman’s mind when he opted to play in Game 4.

Fried went next, pitching late Wednesday afternoon in the deciding Game 5 of the Braves’ first-round series against the St. Louis Cardinals. Fried, who, like Bregman, is 25, has emerged this year as a fine left-handed starting pitcher, but in this series was being used as a reliever.

Unfortunately for him and the Braves, he had to be hurriedly summoned into Game 5 in the first inning when St. Louis jumped all over Atlanta’s starting pitcher, Mike Foltynewicz. Fried immediately proceeded to make matters even worse for the Braves and by the end of the inning, the Cardinals had an inexplicable, and insurmountable, 10-0 lead. Fried lasted another inning, the Braves seven more innings after that. Now both are gone from the postseason.

Then there’s Pederson, the 27-year-old power-hitting outfielder for the Dodgers. He took the field on Wednesday night in the Dodgers’ do-or-die Game 5 against the Washington Nationals just as Yom Kippur was entering its final hour or so in Los Angeles. And in the bottom of the first inning, batting leadoff, Pederson doubled to left field to help give the Dodgers an early 2-0 lead.

But by the 10th inning, Pederson was out of the game and could only watch as Washington’s Howie Kendrick, a former Dodger, smashed a grand-slam home run to send the Nationals onto the National League Championship Series, where they have never been before. Meanwhile, Pederson and the rest of the disappointed Dodgers now move straight into a painful offseason.

Those looking for some cosmic Jewish meaning in all of this will surely note that Bregman, Fried and Pederson all played, and lost, in games that started at some point during Yom Kippur.

Which is true. Also true is that the Astros’ starting pitcher in their Game 4 loss on Tuesday night, the immensely formidable Justin Verlander, was pitching on three days of rest, rather than four, for one of the few times in his long career. Sure enough, he gave up three runs in the first inning as Tampa Bay quickly took control of the game.

Worth noting, too, is that the Nationals, after repeated failures in the postseason that drove their fans to despair, have been playing with remarkable resolve this October. Last week, they were trailing, 3-1, to the Milwaukee Brewers in the winner-take-all wild-card game when they somehow rallied in the eighth inning against Josh Hader, one of the best relievers in baseball, and won the game, 4-3.

On Wednesday night, they were again trailing, 3-1, in the eighth inning when they somehow hit back-to-back home runs against the great Clayton Kershaw to tie the score.

So perhaps the baseball gods — who are presumably nondenominational — are finally giving the Nationals a boost. If you’re looking for cosmic meanings, that might be a better one than Pederson’s participation in Game 5.

And the Braves’ meltdown in the first inning of their Game 5? There is no explanation, cosmic or otherwise. Baseball, ultimately, is like life — there are so many games over so many months, bizarre things inevitably happen. A tree falls on the garage; the Cardinals score 10 runs in the first inning.

Which brings us back one more time to Bregman, who has played well to date in the 2019 postseason, with one home run and a .385 batting average. If he and his Astros teammates can win Game 5 at home tonight they move on to face the Yankees in what would be a rematch of their showdown in the 2017 American League Championship Series.

The Astros won that series in seven games and then went on to beat the Dodgers in the World Series. Bregman was a rookie that season and the High Holidays came and went before the postseason even began. This postseason proved a little trickier and Bregman made his choice to play. The only question now is whether he will still be playing when the next round of the postseason begins.