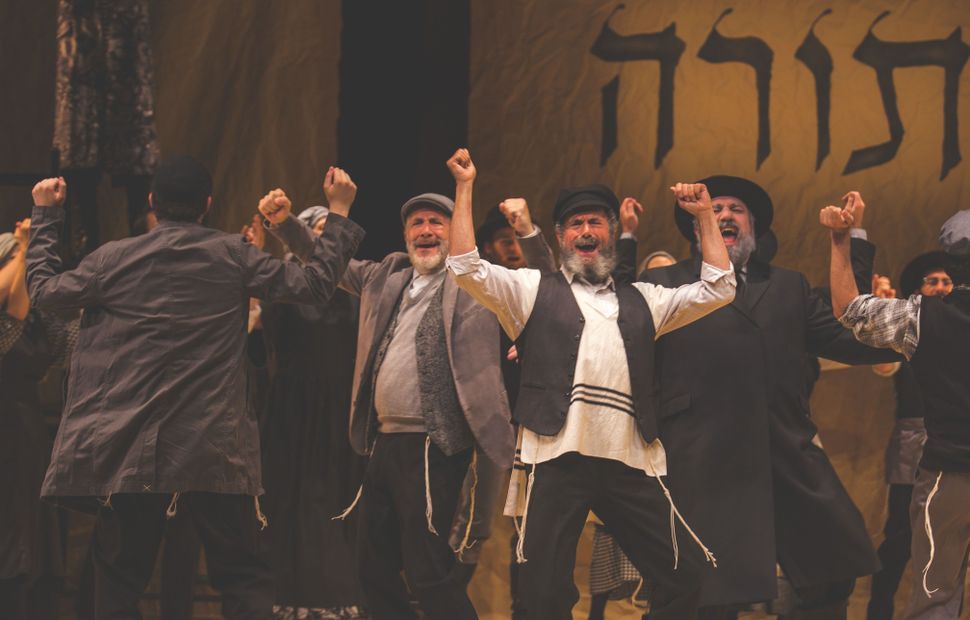 The saga of the two Soviet-born associates of Rudy Giuliani, arrested last week for alleged campaign finance violations, has a head-scratching footnote connected to both Yiddishkeit and a classic American Broadway musical.

As the news of the indictments of Lev Parnas and Igor Fruman spread, so did a video of the two men lounging with Giuliani, the President’s personal attorney. The clip, taken at what appears to be the the Trump International Hotel in DC (where the two men are reported to have dined with Rudy hours before their arrest), includes words of congratulations for a guy named “Moshe” and ends with Fruman crowing that “Anatevka is the best place in the world.”

Why the shoutout to Anatevka, the fictional shtetl where Tevye the milkman lived in both Sholem Aleichem’s stories and the popular musical “Fiddler on the Roof”? Was this Moshe character playing Tevye in an amateur production? The answer is no. But also, kind of yes?

First, some context: This clip of the trio, which features the man formally known as “America’s Mayor” saying the words, “Moshe, how are you, baby?” was posted to a Facebook group for American Friends of Anatevka. American Friends is a 501(c)(3) nonprofit on whose board Parnas and Fruman serve. The charity’s job is not, as one might suspect, to bankroll productions of Sheldon Harnick and Jerry Bock’s opus, but to support a real-life Anatevka built near Kiev.

Anatevka is a community for Jewish refugees from Eastern Ukraine, established in late 2015 at a time of increasing conflict with Russia in the area, as JTA reported in 2016. It was established by Rabbi Moshe Azman, the man being greeted in the video, on a muddy stretch of land the rough size of three football fields. At the time of its inception, the community included a wooden shul, a dorm-style residence with 20 units and a concrete schoolhouse with 25 classrooms.

In a 2016 video commercial promoting the Anatevka Jewish Refugee Center, Azman traipses around the commune dressed like Tevye. We know he’s supposed to be Tevye, because he’s seen both hauling a can of milk and distributing milk to a toddler. Also, he’s lip-syncing “If I Were a Rich Man” from the 1971 “Fiddler” film.

“Do we know where is Anatevka? Here is Anatevka,” Azman says. “‘Fiddler on the Roof’ lived here. And now, the hundreds of Jewish refugees come here and build their homes – a place to live.”

Then, the sales pitch: “And who will help us to help them? Maybe you?”

The American Friends of Anatevka had $1,337 in assets reported from their 990 filing in December of 2017, according to Charity Navigator. Filings are typically a couple of years behind, however, and it’s possible they’ve picked up more money since.

Anatevka is actually a pretty curious name for a haven for refugee Jews. At the end of “Fiddler,” Tevye and his family, under threat of a pogrom, are forced to flee the shtetl.