This Sukkot, This Artist Invited Superheroes To His Sukkah 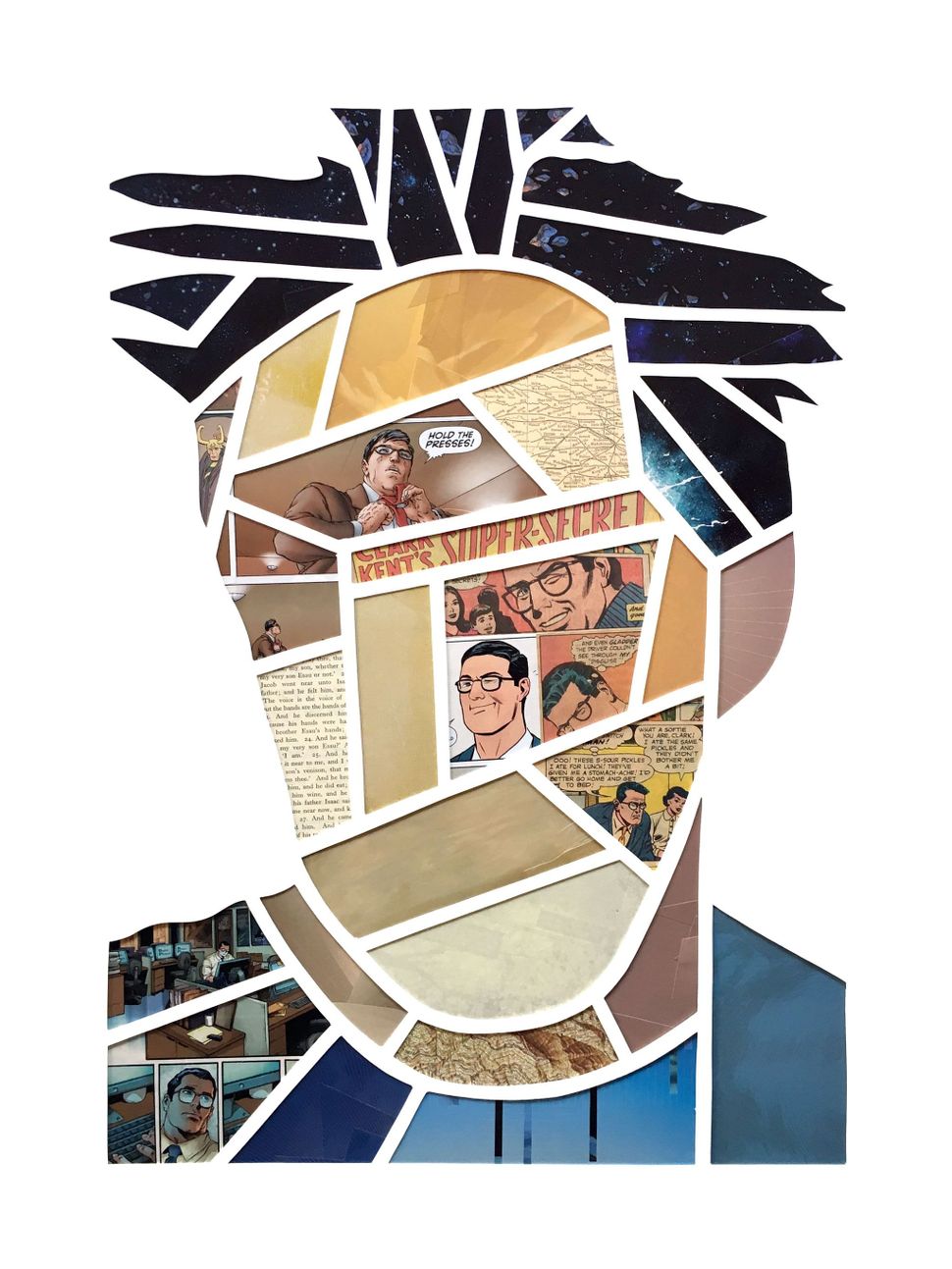 “Jacob’s made out of specifically Clark Kent from Superman comics. The disguise, but also the real identity. I truly believe Superman is the mask that he wears.” Image by Courtesy of Isaac Brynjegard-Bialik

Every Sukkot, families with sukkahs invite the spirits of the seven biblical matriarchs and patriarchs into their tent. These guests – or ushpizin – cut impressive figures. While we earthly chosen spend our time schmoozing outdoors, kvetching and noshing and pontificating on all manner of mundane things, Abraham, Sarah, Isaac, Jacob, Rebekah, Leah and Rachel bear silent witness over the seven days of the festival. By comparison, their lives and deeds seem almost super-heroic.

Artist Isaac Brynjegard-Bialik sees a compelling link between the protagonists of his favorite Marvel and DC comics and the heroes of the Torah. This Sukkot, at the Temple Museum of Jewish Art Religion and Culture at the Temple-Tifereth Israel in Cleveland (the birthplace of Superman), he’s demonstrating that connection in the exhibition “Men of Steel and Women of Valor.” In the show, which runs until January 2020, Brynjegard-Bialik uses a paper-cut collage style to present portraits of the usual ushpizin – and some other favorite guests. 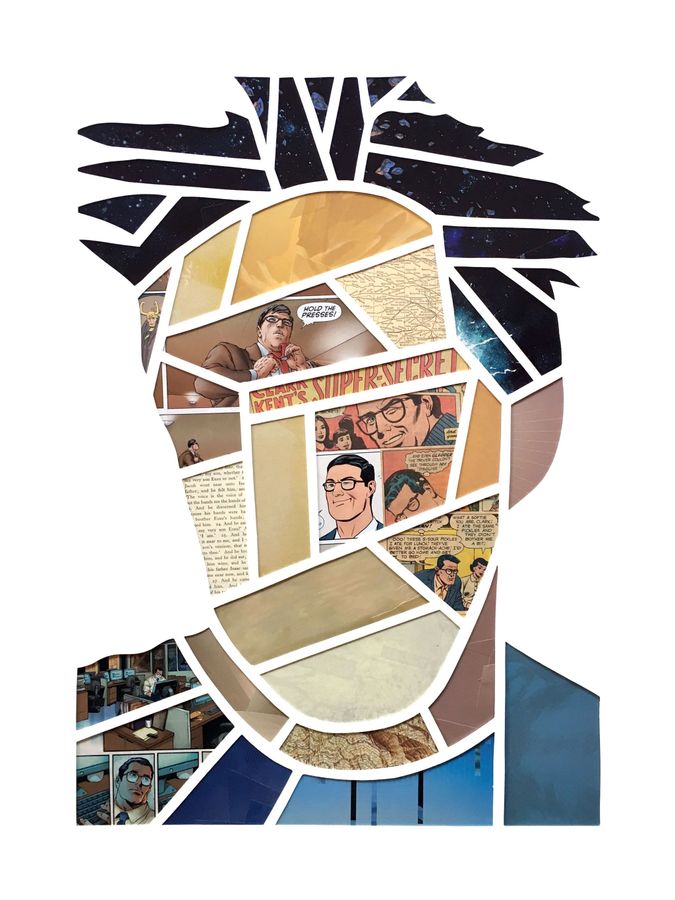 “Jacob’s made out of specifically Clark Kent from Superman comics. The disguise, but also the real identity. I truly believe Superman is the mask that he wears.” Image by Courtesy of Isaac Brynjegard-Bialik

Brynjegard-Bialik’s artist origin story began when he was living in Israel two decades ago and began paper-cutting. The comics only entered the picture about 10 years ago, when he realized that the splash panels of his youth and the evergreen lessons of Bible stories had a lot in common. 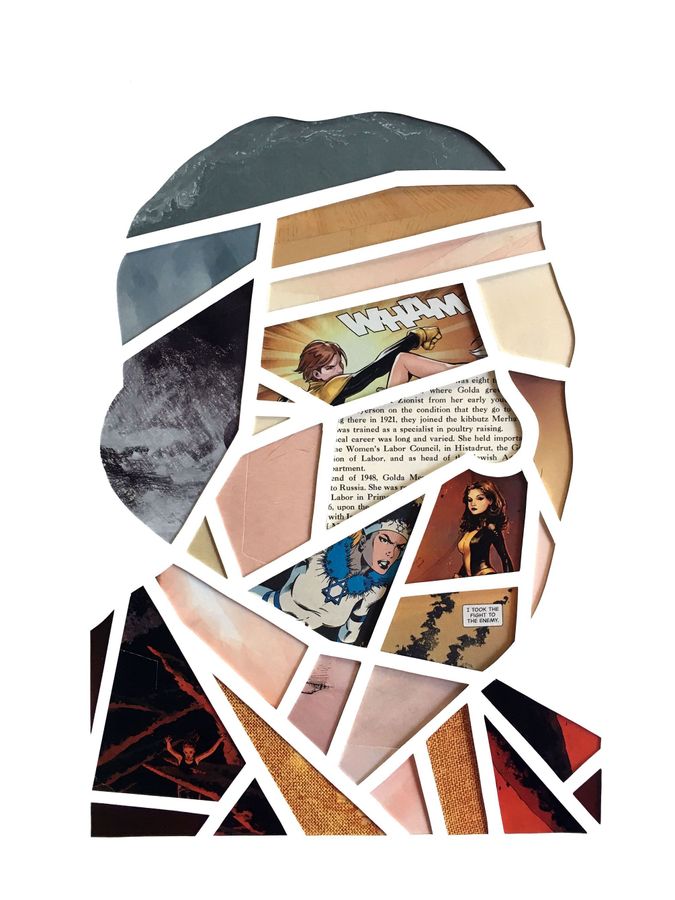 “We revisit the same characters and the same stories over and over again,” Brynjegard-Bialik told the Forward over the phone from his studio in Los Angeles. “We always find something new, and I love the way that the language of the two of them can be so similar: This loud, bombastic, over-the-top narrative is Torah and also comic books.”

For the Cleveland show, Brynjegard-Bialik made 18” by 24” portraits of the matriarchs and patriarchs, using cut up panels featuring comics whose characters reflect their stories, personalities and place in Jewish history. 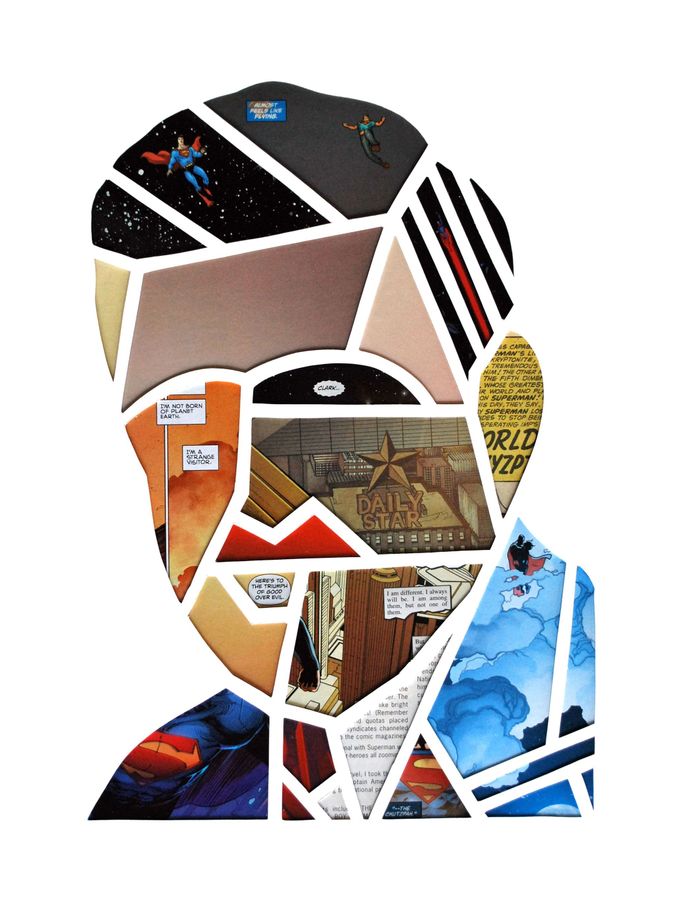 “Superman was born in Cleveland by these two young Jews who wanted to create a hero to save them. It’s very similar to the creation of the golem story.” Image by Courtesy of Isaac Brynjegard-Bialik

Abraham and Sarah, the heads of the first Jewish family, are paired with legendary super couple Mr. Fantastic and the Invisible Woman, from the Fantastic Four. Jacob, who won his birthright by disguising himself as his brother, is rendered by cutouts featuring another man with a secret identity — Clark Kent, aka Superman.

“Superman or Clark Kent or Kal-El [Superman’s Kryptonian name] struggles with ‘Who am I?’ throughout his whole life in the same way that Jacob and we as the Children of Israel struggle with finding our identity,” Brynjegard-Bialik said. 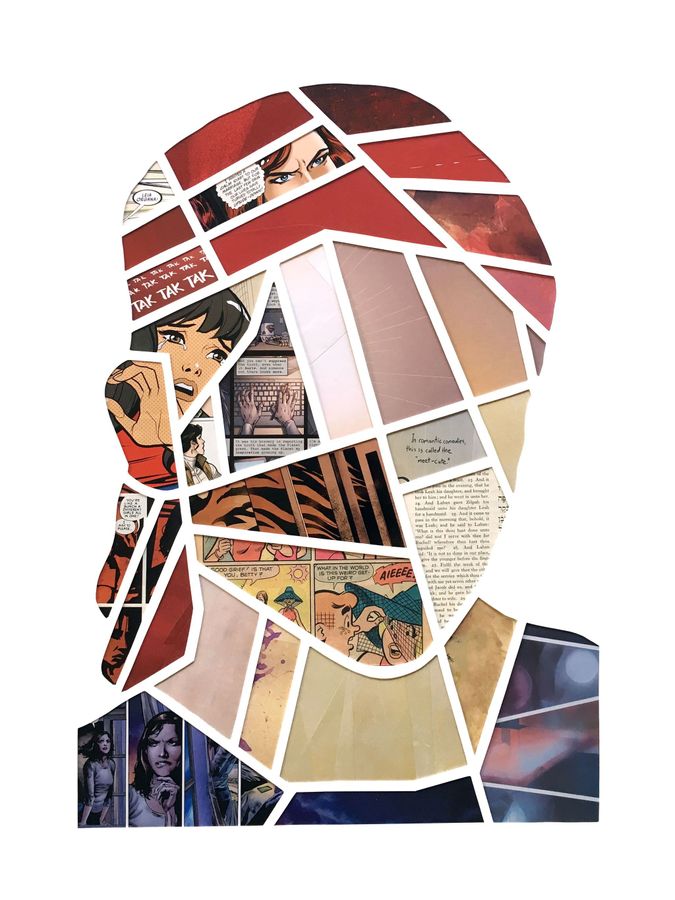 “Leah and Rachel are both made up of Lois Lane comics, because she is someone who also appears to be tangential to the story, but in some ways is a driving force.” Image by Courtesy of Isaac Brynjegard-Bialik

Leah and Rachel are made from Kent’s colleague and love interest, Lois Lane, while Isaac and Rebekah form the power couple of Daredevil and Electra.

Breaking from traditional ushpizin and ushpizot, Bryjegard-Bialik, also includes late Israeli Prime Minister Golda Meir (made from Kitty Pryde – a proudly Jewish member of the X-Men); Superman creators Jerry Siegel and Joe Shuster (collaged from “Superman” pages); and the first ordained female rabbi, Sally Priesand, another Cleveland native, who is made up of bits of Pryde and Batgirl.

These four, more contemporary guests, indicate that the Jewish people’s story — much like the tales from DC and Marvel — continues on. We carry the story forward, still probing the issues of identity, faith and family. By inviting ushpizin in, Jews have a chance to commune with the past to learn about our present and our future.

“In Torah people and in comics people we see these same ideas,” Brynjegard-Bialik said. “We see ourselves, or we want to see ourselves in these stories. We want to be the hero, we want to right wrongs, we want to bring light to the world and we want to see stories where we succeed in doing that. That’s what I think this whole idea of guests in the sukkah is about.”

This Sukkot, This Artist Invited Superheroes To His Sukkah