Celebrate Sukkot With The Legendary Ushpizata Sukkot, or shall we call it sukes: that’s the holiday with those DIY huts reminiscent of our wandering through the desert. It’s got a touch of glamping, festive hosting, sweet foods and upbeat singing, even mystical guests called Ushpizin.

Traditionally, these guests are ancient, and all male: Abraham, Isaac, Jacob, Moses, Aaron, Joseph and David. People hang their visages on the makeshift walls of their suke, and, if theatrically inclined, delight the kinder by showing up in costume and character, one for each of the holiday’s seven nights.

You know that American saying: If you build it, they will come? Well, this year, your loyal archivist decided, as only a secular Yidishe tsaytung could, to conjure an alternative slate of, let’s call them ushpizata — gal pals — to visit our Suke of Dreams.

(Feel free to print and hang in your own sukkah, you never know what could happen.)

We couldn’t believe our eyes when our first guest, the great, hilarious, deeply gorgeous, late-19th century drag-king Yiddish travelling troubadour Pepi Litman actually showed up. We invited, sure, but got so excited wondering which suit she’d be wearing , we nearly forgot to think about what she might sing. Not to worry, Litman always delivers. 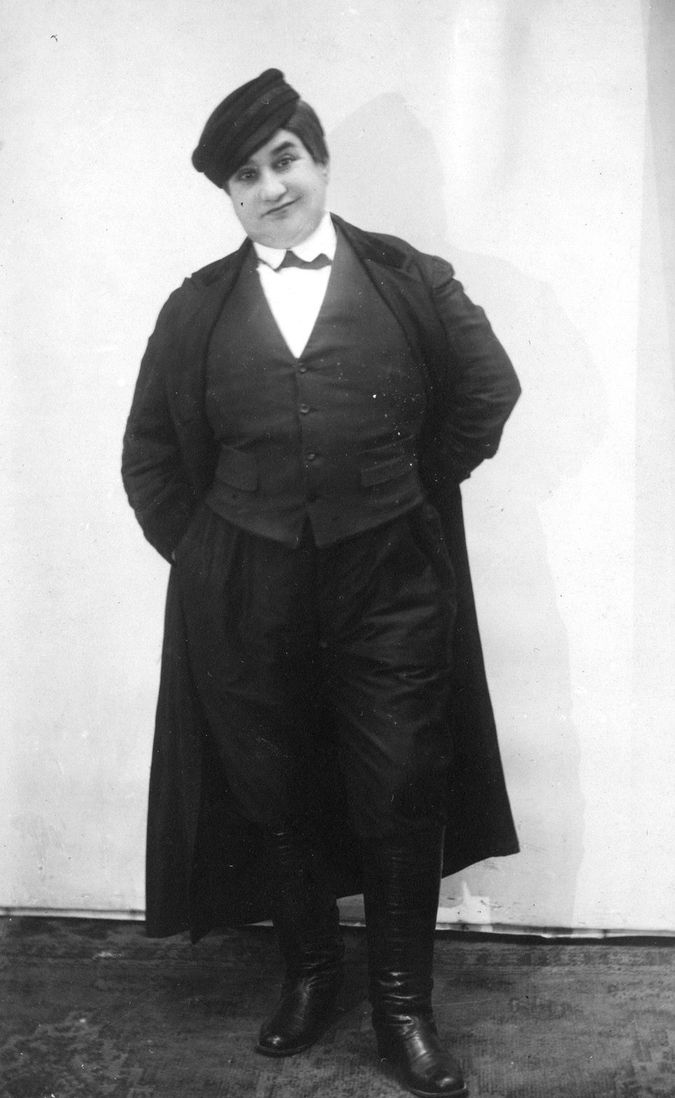 We were settling in and enjoying Pepi’s bawdy lyrics, when the suke flaps were pulled back to reveal one of our bravest matriarchs, Dr. Rosa Hilferding. If anyone was a welcome ushpiza, which is how the feminine version is pronounced, it was Dr. H. who first ever crossed our threshold in 1941, desperately seeking her disappeared husband, last seen in gestapo headquarters. A sad story of survival and loss ensued and the image taken of her that day at the Forverts building on East Broadway has long remained engraved in our mind’s eye. Imagine one of our most highly educated Jewish women, fresh off a labyrinthine, frightening refugee’s journey to freedom—who still had the capacity to outfit herself magnificently in an elegant fedora and checked suit.

We knew even then, whatever our suffering, whatever the secretly held prayers of our hearts, that Dr. H had seen it all and would be a worthy interceder on our humble behalf. She had the articulate strength of Moses and the poetry of Deborah. To our great joy, Pepi, who is fabulously zaftig, shoved over a bisl and made room for the majesty of Dr. H.

This ushpizata fabrengn was working out just great. So chichi, we had surely fulfilled the holiday commandment to beautify our suke. And then, dear reader, who should stroll in but the stunning Helena Khaye Rubinstein. 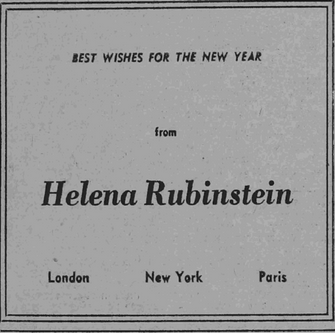 Tiny, at 4-foot-10, like Napoleon or your bubbe, she made a big impression. Yes, it’s true, she used to pen a column for us af yidish, way before native-advertising was even a thing. And she’d send us a Rosh Hashana greeting back in the day. Well, here she was, smelling so pretty, and still modest about her accomplishments as America’s premier cosmetics queen, and all around groovy salonista, having had a portrait done of her by her pal Salvador Dali.

Pepi and Dr. H. sat her between them so as not to have an argument about who was more deserving. I mean, really. It was all I could do to just observe and pass around more lekach.

Our next ushpiza had really endured. A star of Moscow’s Yiddish stage, all of us in the Forward archival suke had trouble deciding what to call her—Estina? Justina? Yokhved?

Anyways, her image was also a showstopper. She’d been asked to perform in the dark and solemn surrealist IL Peretz play “At Night In The Old Marketplace,” and Moscow Yiddishists were so arty about their makeup and costumes—well, her decollete was too risky for our Website a century later! Yokheved, Yudes, Estine, Justina Minkova brought such dignity to her performance as a prostitute we knew she would be the one to cast as wide a suke-net as possible. Pearl Bernstein arrived to a party already in motion, but that didn’t stop our yidishe wonkette. If we told you the daughter of a Ger Hasid would become New York City’s first female Secretary of the Board of Estimate, appointed by Mayor Fiorello La Guardia in 1934, would you believe us? Well, this humble Harlemite was great with a budget and policy details enabling the board to be accountable for for city building and facility contracts, land use. And before that, she was the first paid worker for the League of Women Voters.

I could go on and on about Pearl B. but hear this, dear readers, as early as the 1920’s, on job interviews, she was always forthright about not being willing to work on Saturdays,which at the time was still a legitimate workday. Just the idea of her still brings us such splendor and nakhes.

Rose Shoshana or Shoshana Rose, Esther and Mary Rose — with more than a dozen pen names, this one got us all mixed up again, just after we’d gotten used to Estine Justina Yokheved Yudes Minkova! Nu, somebody please pass the mandlebrot. 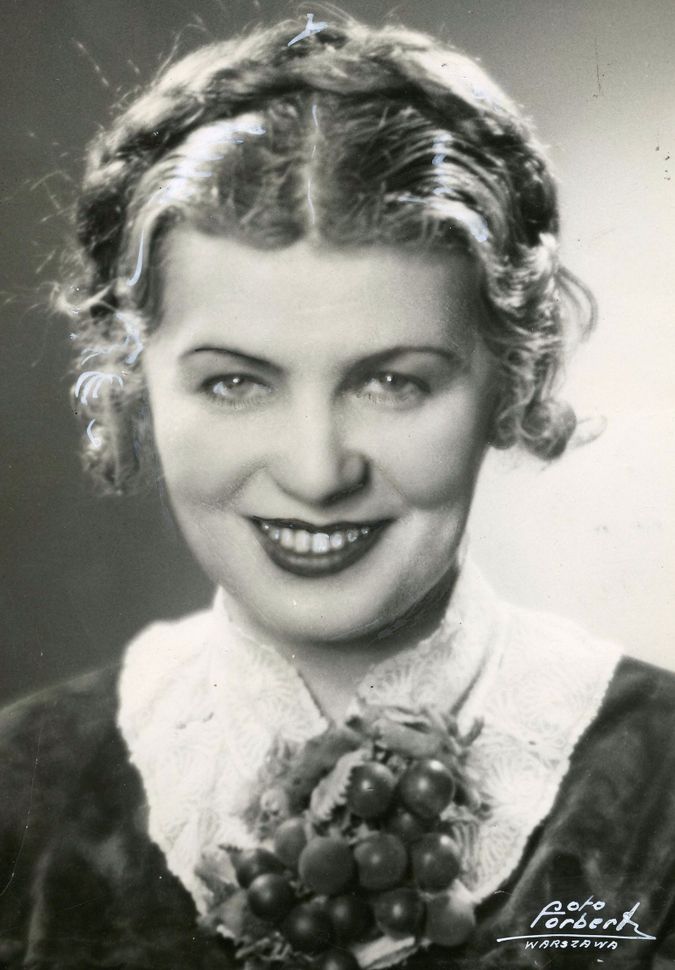 No wonder we’d nicknamed her the phantom Yiddish writer. So quick with a witticism was she, that we had a hard time translating her memorable daily greeting to her Forverts colleagues.

Gut morgn yidishe yidn, she’d hail, which is something like saying: Good Morning Yiddishy Jews. We were thrilled to have Shoshana, as she was eventually known, in our sukkah . She’d also survived several perilous refugee journeys, losing her husband and a child on the way, and still kept writing af yidish. She prevailed, she persisted and here in the Forward archival sukkah, she offered connections to our Eastern European past.

Lady Liberty herself had a bit of trouble managing her robes and sandal-clad feet entering our sukkah, but we paid that no mind. Pepi literally raised the roof a bit to hold space for Liberty’s seven-spiked regal crown. We were agog over it, and frankly, dear readers, between Dr. H’s outsized fedora and this one’s crown—you could get a bit of a hat complex. Some say the spikes recall the seven continents or seven seas — we discussed among ourselves and came up with the notion of seven ushpizata for seven days of sukkot. The other guests made some space around the table for Liberty, the one we’d all adored even before arriving here ourselves.

It’s customary to sing and rejoice in the sukkah, so we decided to honor her with a favorite Yiddish song we all actually remembered the lyrics to — you’ve probably heard it many times — Afn Pripetchik.

It can seem maudlin and yes, schmaltzy even, and yet has a verse that speaks to something all our entrancing guests know well, despite their mystical virtues. It’s the one about goles shlepin, when diaspora living estranges, feels so terribly long, lonely, dangerous and burdensome.

Draw strength, the song teaches, from the alef-beys, and in the heritage of your Jewish literacy. Those artful letters have been some places, seen some things, carry within many tears and contain infinite treasures and comfort — should you seek them, and us, out wherever you may dwell.

Celebrate Sukkot With The Legendary Ushpizata