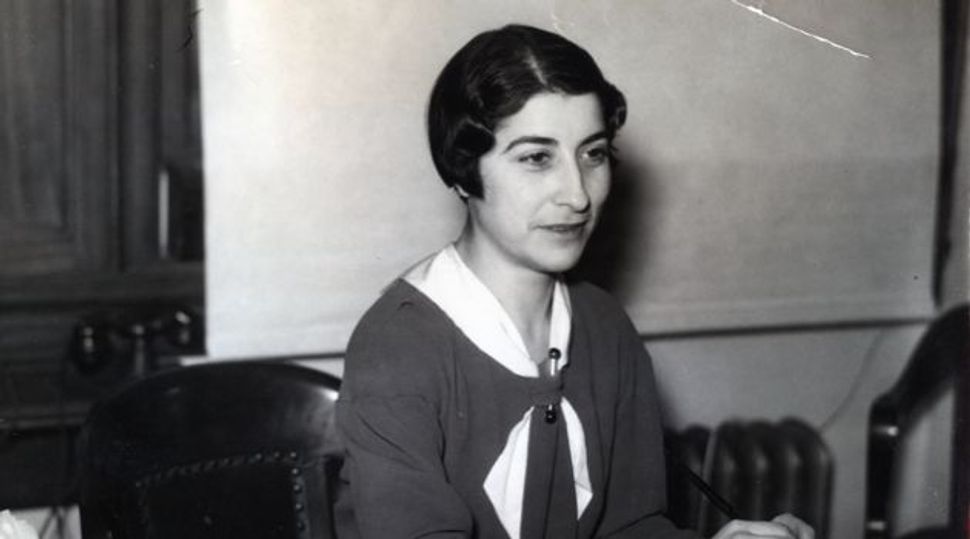 Born in Jewish Harlem on 120th Street and Mt. Morris Park South to an Orthodox family, Pearl Bernstein was immersed in the traditional values of community service. Her father, a Ger Hasid, founded the Harlem Yeshiva and the family was deeply involved in a diverse range of neighborhood organizations including those that cared for the ill and the mentally unstable. While still a student at Barnard, Bernstein became president of the Menorah Society, a Jewish campus group.

Upon graduation in 1925, Bernstein was up front in employment interviews about being unwilling to work on Saturday, which at the time was still considered a legitimate workday. She quickly found herself unemployable. Her forthrightness in that first difficult parley eventually led her to a job with Citizens Union — a New York City based government watchdog organization. And from there, at a time when most women in her neighborhood were marrying or choosing volunteer work — her career took flight.

She became the first paid worker for the League of Women Voters, working alongside acclaimed Civil Rights attorneys Dorothy Kenyon and Dorothy Strauss and becoming the organization’s liaison to City Hall. The lone woman at City Hall meetings, Bernstein assertively asked questions and even demanded a copy of the city budget. One of the first Jewish members of the League, it was through her insightful probing at city meetings that the League of Women Voters became a respected non-partisan force within city affairs. She began publishing a series on budgetary and city affairs in the local newspaper, The New York World and helped generate interest in public issues.

In 1934 when La Guardia was elected Mayor, he asked Bernstein to become Secretary of the Board of Estimate — a new office — and with her input and experience, created a more executive system whereby the mayor would present the city’s budgetary needs before the legislature.

Her office was also responsible for the NYC retirement system which was the fourth largest insurance company in the state at the time. Bernstein was the first woman to hold the position in a year in which the mayor of New York City appointed an additional 44 women to various posts in his administration. In 1938 La Guardia appointed Bernstein as administrator of the Board of Higher Education and through her initiative and expertise, the current CUNY system was organized.