To Protect A Predator: How Ronan Farrow Unmasked A Conspiracy 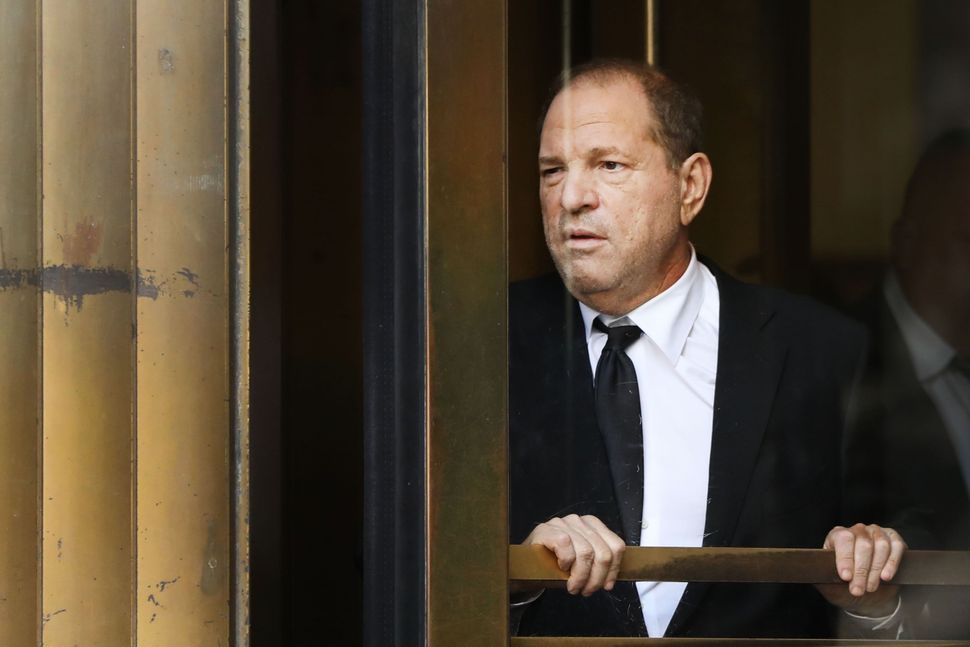 Catch and Kill: Lies, Spies, and a Conspiracy to Protect Predators

While Ronan Farrow was investigating sexual harassment and assault accusations against Hollywood mogul Harvey Weinstein for NBC News, Weinstein was reaching out repeatedly to Farrow’s bosses to quash his reporting.

In one chilling exchange, reported in Farrow’s stunning new book, “Catch and Kill,” Weinstein got Andy Lack, chairman of NBC News and MSNBC, on the phone. “Did I go out with an assistant or two that I shouldn’t have, did I sleep with one or two of them, sure….,” Weinstein allegedly said. “It was the nineties, Andy….We all did that.”

According to “Catch and Kill,” Lack replied: “Harvey, say no more. We’ll look into it.”

Before Farrow published this page-and-stomach-turning account, we knew that NBC News had stymied – or at least halted — his reporting, and that Farrow had, in an unusual move, with the acquiescence of his then-employer, taken his work to the New Yorker.

There, his chronicles of Weinstein’s behavior, including the producer’s attempts to bully, bribe and trick his accusers and the media into silence, shared the Pulitzer Prize for Public Service with the New York Times, whose reporters first broke the Weinstein story.

Those stories – and others to come — collectively changed the culture, inspiring women to come forward about a range of sexual misconduct in the workplace and elsewhere. The confessional onslaught and the firing, resignation or skulking off the scene of some (not all) of the alleged perpetrators have, in turn, spawned something of a backlash.

Complaints from the accused and the otherwise aggrieved have encompassed everything from changing norms (“It was the nineties….We all did that”) to the supposed conflation of office flirtation and mere groping (the Al Franken controversy) with full-on rape. A few of those disgraced and dismissed (comedian Louis C.K and political journalist Mark Halperin, among others) have since begun to piece together comebacks.

If you followed Farrow’s reporting and other media accounts, some of the revelations in “Catch and Kill” will seem familiar: Weinstein’s hiring of Black Cube, a shady organization of former Israeli spies skilled at surveillance and fraud, to keep tabs on reporting on him; the entanglement of American Media Inc.’s CEO David Pecker with Donald Trump and the practice of “catch and kill” to deep-six potential scandals; the out-of-control predations of Weinstein, former NBC News star Matt Lauer, and other powerful men; the courage of many women, famous and less so, in breaking not just their silence but nondisclosure agreements to bring abusive conduct to public attention.

But Farrow’s book – as riveting as any spy thriller and, according to Farrow, rigorously fact-checked – puts these puzzle pieces together, illuminating a web of complicity among the connected, powerful and guilty that would put a typical paranoid fantasy to shame. Even Hillary Clinton is implicated, having reportedly ignored warnings about Weinstein, a major supporter and fund-raiser. Before his fall, Weinstein (not unlike the late Jeffrey Epstein) seemed like an octopus of influence with tentacles virtually everywhere.

At NBC, Farrow maintains, there was a hidden history of sexual harassment by executives, leading to departures under mysterious circumstances and related monetary settlements. Andy Lack himself was reportedly known for engaging in sex with subordinates, conduct that Farrow suggests Weinstein used as a pressure point. Farrow’s sources, as he notes, include the assistants who helped place — and then listened in on – various incriminating phone exchanges.

But “Catch and Kill” indicates that the company’s decision to halt Farrow’s investigation might well have been linked more closely to Lauer’s behavior – specifically, to the threat of its exposure by Pecker’s National Enquirer, possibly in cahoots with Weinstein himself.

For the book, Farrow talked to the employee, Brooke Nevils, whose supposedly consensual but inappropriate affair with Lauer precipitated the “Today” show co-anchor’s firing in November 2017. Nevils told Farrow a shocking story: Her sexual involvement with Lauer began, she said, when he anally raped her in a hotel room in Sochi, Russia, where the two had traveled for the network’s 2014 Winter Olympics coverage. Lauer has denied the rape charge.

At the time of Lauer’s firing, Lack wrote in a staff memo that Lauer’s affair with a subordinate was “the first complaint about his behavior in the over twenty years he’s been at NBC News.” Farrow’s reporting suggests that the company knew more far earlier, instancing the alleged sexual harassment of a since-departed “Today” show producer, Melissa Lonner.

In a recent staff memo, reported in The New York Times, NBC News President Noah Oppenheim wrote that Farrow’s “Catch and Kill” conspiracy theory about Lauer and Weinstein relied on “a series of distortions, confused timelines, and outright inaccuracies.”

And NBC executives have repeatedly said that they rejected Farrow’s Weinstein story-in-progress because he was unable at the time to get any women on the record. Those claims have been refuted by Farrow, his then-producer Rich McHugh, and some of their sources. In a recent Vanity Fair story, McHugh wrote that Lack and Oppenheim “behaved more like members of Weinstein’s PR team than the journalists they claim to be.”

Farrow himself is an extraordinary character. The son of the actress Mia Farrow and Woody Allen, he is a Rhodes Scholar and Yale Law School graduate who worked in the U.S. State Department before turning to television. (He references but doesn’t deal directly with rumors that he might be the biological son of Mia Farrow’s ex-husband Frank Sinatra.)

In “Catch and Kill,” Farrow reports an exchange between Allen and Weinstein, in which Allen declines to intercede on the producer’s behalf. Farrow also expresses contrition toward his sister, Dylan, saying he hadn’t understood the lingering impact of her alleged sexual molestation by Allen (which Allen denies).

“Catch and Kill” is, in many ways, horrifyingly grim – a nightmare confirmation of the worst in human nature and the entangled upper echelons of the media and political worlds. But, as Farrow has noted in interviews, it also admits some rays of hope. The women were, after all, brave in coming forward; some press outlets did, in the end, publish; and Farrow himself persisted, despite his exhaustion and anxiety, the potential unraveling of his relationship with former Obama speechwriter Jonathan Lovett, and constant surveillance by Black Cube. In a darkly humorous twist, he even ended up landing at least a pair of repentant Weinstein spies as sources.

To Protect A Predator: How Ronan Farrow Unmasked A Conspiracy