Did Trump Just Give A Jewish Astronaut The Finger? 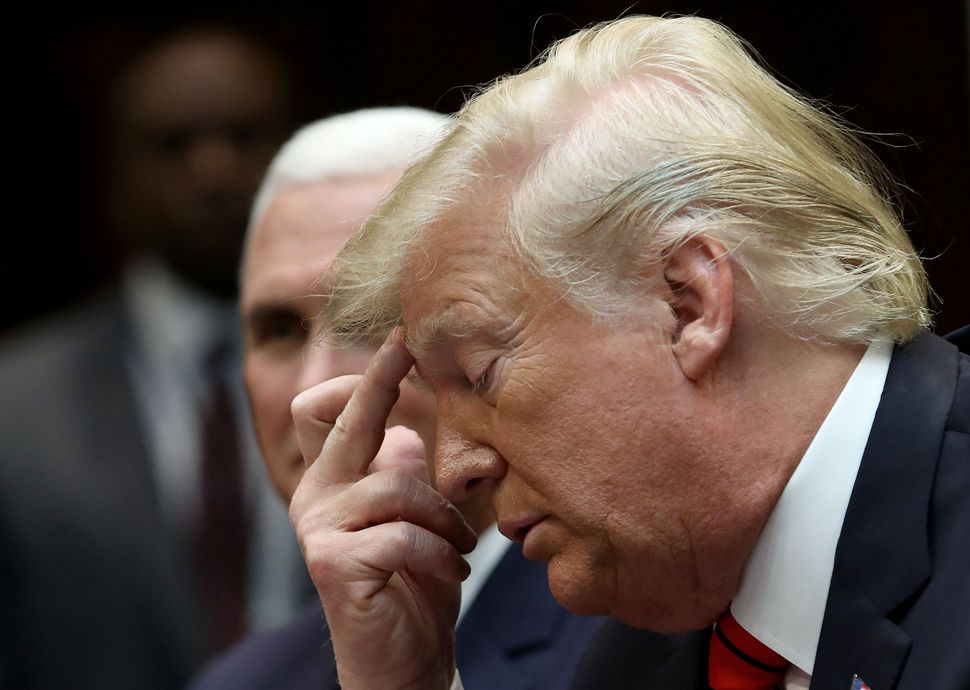 Jewish astronaut Jessica Meir was busy walking outside of the International Space Station Friday afternoon as part of the first all-female spacewalk, but that didn’t stop her from giving President Trump a live fact check. Some believe the commander in chief’s response was a good old fashioned one-finger salute.

“We’re thrilled to be speaking live with two brave American astronauts who are making history, joining us during their spacewalk,” Trump said during a live-streamed call to Meir and her colleague Christina Koch, Vice reported.

On the call, Trump applauded their courage and admitted that he didn’t think he’d want to go to space himself, which seems true enough, but then said something that was not quite right.

“They are conducting the first ever female spacewalk to replace an exterior part of the space station,” Trump said.

After a lag (there was a four second delay according to someone in the room), Meir chimed in to offer a correction.

“First of all, we don’t want to take too much credit, because there have been many other female spacewalkers before us,” Meir said from a location Trump accurately described as “a very high altitude.”

“This is just the first time there have been two women outside at the same time.”

It is at this point in the call, as video evidence clearly shows, that Trump raises his middle finger to the bridge of his nose, strokes his T-Zone, edges the aforementioned derisive finger along the outside of his eyebrow, and then uses it to curl some stray hairs behind his ear.

The video went viral, leaving many to wonder if Trump was simply itchy, or was in fact sending a message he hoped could be seen from space.

Meir, for her part, appeared to be more gracious. When asked by the president what words she had for young women watching, Meir emphasized that her and Koch’s message was more universal than it was gendered.

“We also hope we can provide an inspiration to everybody—not only women, but to everybody—that has a big dream and is willing to work hard to make that dream come true,” Meir said, adding, “It’s really our honor to be up here, working today, representing whatever it is that’s significant to whatever individual’s desires and hearts.”

Did Trump Just Give A Jewish Astronaut The Finger?