Q&A: How Stan Lee Changed Comics – And The World 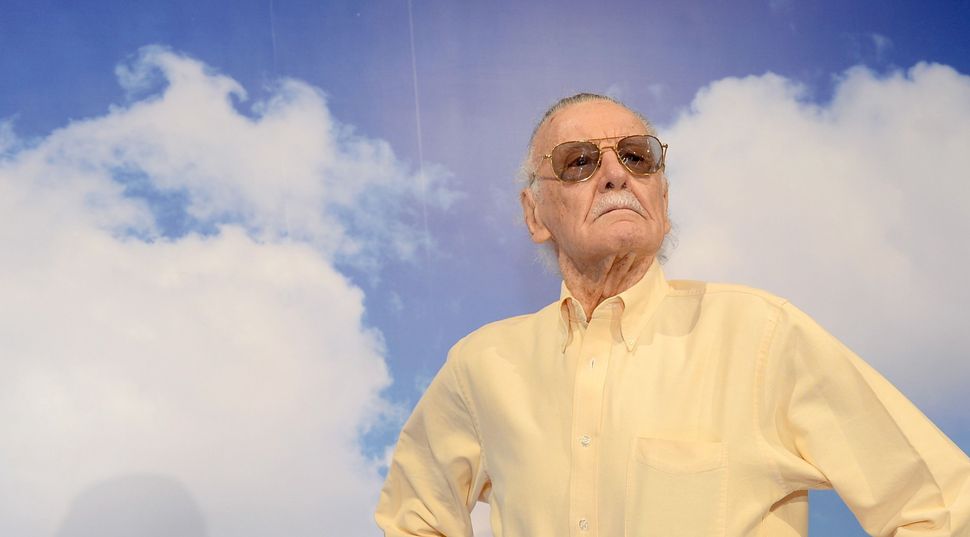 If comic books have a face — one that isn’t penciled, inked and boxed into a panel — that face is Stan Lee’s.

For Lee, this fact proved to be both an asset and a sore subject throughout his life. Lee created — with Jack Kirby, Steve Ditko and countless other artists, letterers and writers — a modern pantheon. Spider-Man, Iron Man, the Fantastic Four and the Mighty Thor are all credited in part to Lee, but many of his collaborators believed he got too much credit. It certainly didn’t help that “Stan the Brand” was not shy about publicity, shaped the editorial voice of Marvel publications and, in his final years, when Marvel comics received their greatest attention, acted out genial cameos seen on movie screens the world over.

But how did Lee become the biggest name in comics, known to both die-hard fans and laymen? Danny Fingeroth’s new biography, “A Marvelous Life: The Amazing Story of Stan Lee,” answers that question and more, charting how Lee, as editor of Marvel Comics — a position he reached in his late teens, back when Marvel was still called “Timely Comics” — stage-managed successes, slumps and creative breakthroughs.

Fingeroth, the author of “Superman on the Couch: What Superheroes Really Tell Us About Ourselves and Our Society” (2004), and a comic book veteran who worked at Marvel for 18 years, gives a fascinating peek behind the curtain at Lee’s legendary bullpen. Comics fans will appreciate the inside lane knowledge of Kirby and Ditko’s feuds with Lee and the epiphanies of their collaborations. Others will be surprised to hear of Lee’s attempt to host a political panel show and his planned projects with New Wave luminary Alain Resnais. But even those who are skeptical of Lee will walk away impressed by his industry and how he used his charm and wit to make himself, and the work he helped create, iconic.

The Forward’s PJ Grisar spoke with Fingeroth about the book, his relationship with Lee and how Jews re-invented pop culture through comics. This interview has been edited for length and clarity.

PJ GRISAR: You knew Stan Lee for a long time, having worked at Marvel. When did you decide you wanted to write his biography? 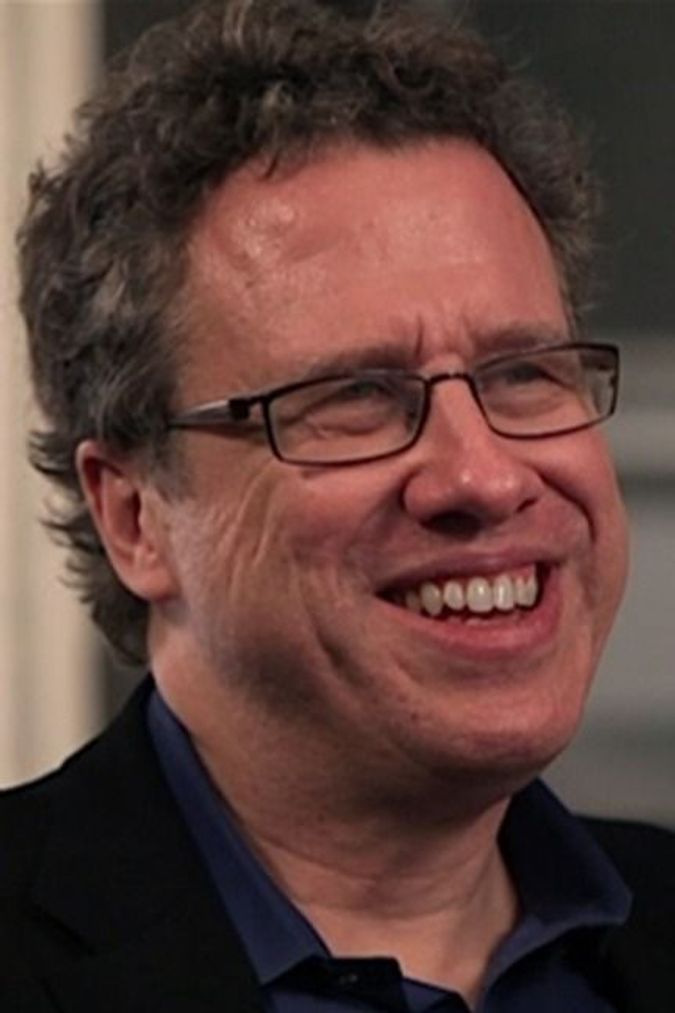 DANNY FINGEROTH: I thought through writing Stan’s biography, I would also be writing a generational biography of a group of people — many of them children of immigrants, Jewish, or even immigrants themselves, which is a similar background to what I came from. I’ve had a longtime interest in the Jewish roots of the comics industry in major and minor characters. It went through different phases, I talked to Stan about doing it as an authorized book, and he ultimately decided he didn’t want to do that, but he suggested I do an unauthorized one — which is what I did. But he still sat down for two lengthy interviews for the book.

Why do you think he was resistant to making it authorized?

FINGEROTH: I think he felt he said most of what he wanted to say in his life in “Excelsior” [Lee’s 2002 autobiography.] But he lived another 16 years after “Excelsior,” and a lot of stuff happened.

The birth of his long-hoped for Marvel Cinematic Universe, for one.

FINGEROTH: Yeah, that really had just started to take off around the same time. And he was involved in a lot — many other projects and, for better or worse, a lot of strange things happened around his life and his home and so on.

Like all of his creations, Lee has an origin story. Where do you think it begins for him in becoming the personality behind Marvel?

FINGEROTH: He certainly seemed to be a natural ham since he was a kid. There’s an anecdote where some painters [at his high school] had left their equipment when they went to lunch, and the young Stan got up on the ladder and painted “Stan Lee is God” or maybe “Stan Lieber is God,” since he wasn’t calling himself Stan Lee until he entered the comics business. It’s a natural personality trait, and, maybe just a fear of not being noticed. He was very afraid of ending up like his father, who was chronically unemployed and spent his days answering help wanted ads, especially during the Depression. But I think it’s something you’re born with. Stan was a born extrovert. And he loved telling stories, whether about fictional characters or his own life.

Lee was controversial within the comics world — many of his collaborators at times felt they weren’t given enough credit for their work. To what extent do you feel that reputation is justified?

FINGEROTH: I think that in the ‘60s or even the ‘70s, the idea that two people had come up with something was thought by reporters, and some editors, to be too complicated for a general interest story. Stan would very often be credited as the creator of X, Y and Z, but he was pretty careful generally about crediting his artists, even at the times where he said that he himself had created the idea, he would still say “But I couldn’t have done it without Kirby or Ditko.” I think he was partly a victim of the oversimplification the media did. I think there were probably times when he also preempted that simplification and figured that this story would be too complicated, and so just regarded himself as the creator. There was no one way he talked about stuff. I think if he was talking to a comic audience convention that would be more knowledgeable, he readily acknowledged it. There’s the extreme view that Stan didn’t do anything, which I don’t think is true. And there’s the other extreme view that he did everything, which is also not true.

You seem to think Lee was fueled to some extent by regret for the things he didn’t do — become a popular novelist or a screenwriter. Do you think his gifts were best served in comics, though?

FINGEROTH: I think he was born to do comics. He was the master of a certain kind of sort-form fiction with a visual component. I think by the end he had long ago come to terms with being a comics guy, although he was always eager to get involved with movie and TV and novel projects. But he came from an era, before the independent and underground [comics] movements, the only people really talking about comics as art were Will Eisner and maybe Stan himself. Even most people in comics were seeing it as a stepping stone. Some way to make quick and relatively easy money.

It’s interesting that when Lee started out, comics were just the family business and a job in comics was just another job. He took the job when he was, what, 17-years-old.

FINGEROTH: 17-years-old. It was a family business, Marvel was a company called Timely Publications, and it was owned by the husband of a cousin of Stan’s. My impression was after he started working there, he and Martin Goodman, the publisher, eventually became pretty close. It was another relative who helped Stan get a job as assistant in the comic book department, which had just started the year before. Joe Simon and Jack Kirby were running the department. A lot of their stuff was being packaged by an outside company called Funnys Inc. There was no reason to think Stan would keep this job longer than he kept any other short-term job. And there was no reason to think and no reason to think that the comics would last beyond this fad.

Superheroes were just becoming a thing at the time, as you said. But you posit that it took Lee and Kirby to make superheroes neurotic.

FINGEROTH: I think the movies and TV of the day and the novels of the day were leaning in that direction. There was a popularization of the basic theories of Freud and other therapists that took probably close to 100 years to enter the popular jargon. I think Stan very astutely hooked onto that. There had been some hints of it already at DC with Superman stories especially. Superman had spent a good 15 to 20 years being the sole survivor of Planet Krypton and not thinking about it. In the late ‘50s and early ‘60s he really started thinking about it and it emphasized the tragic element in this guy, that he had lost not just his family, but his entire planet. That’s really where the whole metaphor of Superman as a post-Holocaust survivor came from, and where people started drawing that connection between Superman and a Jewish background. But the time was ripe for characters to start reflecting on their past, and Stan and his collaborators really saw that and brought it to the front in a big way.

Q&A: How Stan Lee Changed Comics – And The World