Edith Halpert — Come Back, The Art World Needs You More Than Ever! 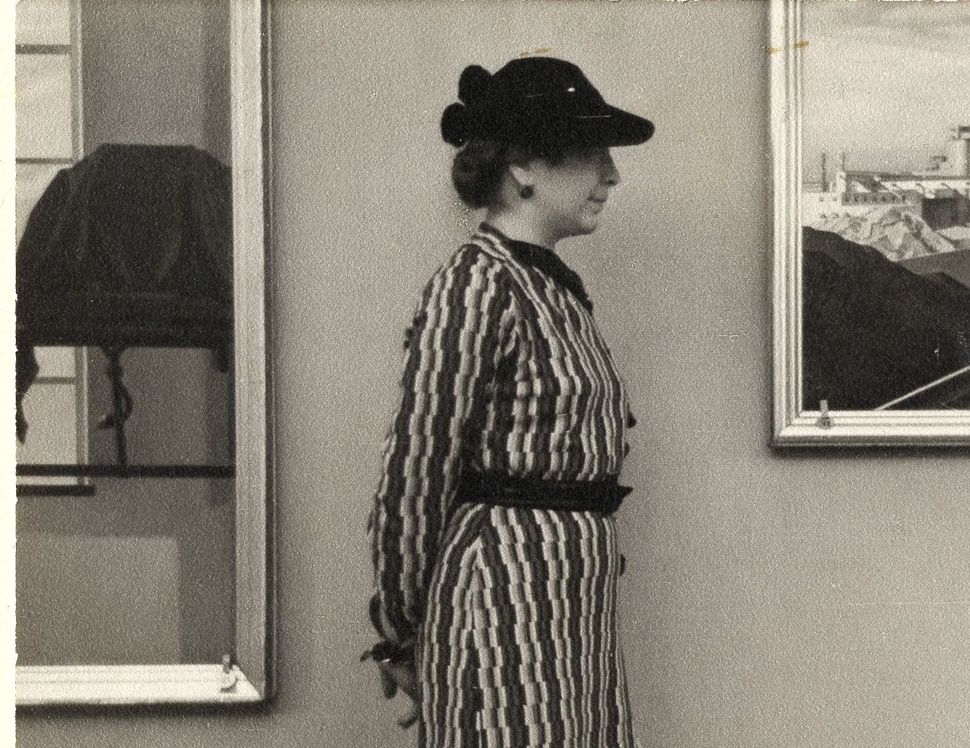 Edith Halpert: Halpert photographed in 1935 by Charles Sheeler, posing between his View of New York and Classic Landscape. Image by © Lane Collection

“Good taste,” the critic Dave Hickey wrote in “Air Guitar,” “is the residue of someone else’s privilege.” Yes and no. Billionaires buy art and inflate artists’ reputations, but usually they need to be reminded of what they like before they cut the check. The key figure in the process of canonizing art is not the layperson, nor is it Hickey’s privileged one-percenter. It’s the fixer who negotiates invisibly between patron and public with her own quirky agenda in mind.

There must be someone like the gallerist Edith Halpert — subject of the Jewish Museum’s new exhibition, “Edith Halpert and the Rise of American Art” — in every creative field. Gregarious, eclectic, tireless, occasionally ruthless — for better or worse, artists depend on people like this, who know how to package clients’ work to meet the demands of the market. If modernist American art owes anything to Edward Hopper, Marsden Hartley, Stuart Davis, Paul Cadmus and Jacob Lawrence, it owes something to Edith Halpert, who sold their work and helped transform “modernist American art” into the one thing it never was: a coherent brand.

Halpert’s early life reads like a parody of the relentless, first-generation immigrant saga. She was born in Odessa in 1900, fled the pogroms of 1905 with her mother and sister, and ended up in Harlem. By the time she was twenty she’d accumulated several years of advertising experience, a marketing job at Macy’s, the friendship of a few dozen of the finest up-and-coming painters in America, and a husband. For the first half of the Roaring Twenties she worked for S.W. Straus, the investment firm usually credited with inventing a harmless little thing called the mortgage real estate bond. She quit in 1925 — here, as ever, her foresight was top-notch.

She’d spent the better part of a decade selling furniture, clothes and bonds; now she applied herself to selling art. Her gallery in Greenwich Village shared a block with speakeasies and nightclubs, but she decorated the rooms to look like the cozy bourgeois homes where some of her clients’ work would eventually hang. Photographs from the inaugural exhibition in 1926 show canvases hanging next to bookcases and fireplaces, something like the way mattresses are arranged at a Bed Bath & Beyond. Until her death in 1970, Halpert would borrow techniques she’d learned from her days in banking and marketing and sneak them into the world of art-dealing, usually to great success.

In other words, Halpert treated artworks as the consumer goods they literally were. She advertised in newspapers and magazines. She scheduled big holiday sales. She offered installment plans for her customers — a daring idea at a time when it was widely (and wrongly) assumed that anyone who’d want to own a painting would have enough money to purchase it all at once. She grouped artworks in ways that created aspirational buyers: a middle-class clerk paying monthly installments on a moderately priced piece of 19th-century folk art might one day graduate to a contemporary print by Thomas Hart Benton without having to throw away his first purchase. Displaying folk and Modernism side-by-side was an especially ingenious move. It allowed what was basically clumsy colonial kitsch to seem haute, even as it made the avant-garde seem comfortingly traditional. 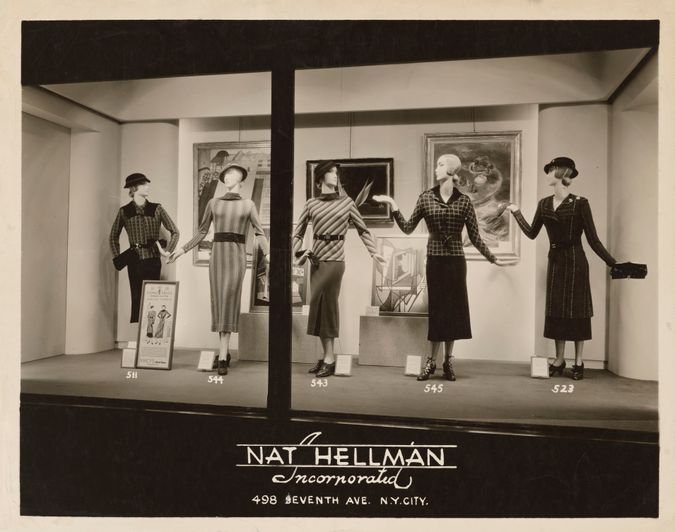 Pairing artists in intriguing, sometimes nonsensical ways was probably Halpert’s greatest talent, and judging strictly from the results it was very great, indeed. In the 1950s, when Georgia O’Keeffe was teetering on the verge of irrelevance, Halpert showed her new, kind-of abstract works next to canvases by the young, hot-ticket Abstract Expressionists. The strategy worked beautifully, restoring O’Keeffe’s East-Coast reputation and allowing her to grow into the sage of American painting. A decade later, Stuart Davis, who’d been painting advertisements since the 1920s, suddenly became popular and pricey when Halpert added some of his pieces to a selection of Pop art.

Museumgoers expecting good or even consistent taste from Edith Halpert are destined for disappointment. Her business was selling paintings, and her gallery checklist was a mishmash of masters and second-raters. She recognized that Americans were hungry for distinctly American styles of painting, and to satisfy their appetites she invented a bogus lineage that connected modern giants like Jacob Lawrence and Marsden Hartley with old, justly forgotten folk painters like Edward Hicks. Folk art acted as a kind of glue, by which I mean both that it held her collections together and that it wasn’t good for much else.

To give us some sense of Halpert’s taste in early American art, the show’s curators have assembled a roomful of thin-lipped, doll-eyed zombie portraits that once hung in her gallery next to 20th-century masterpieces. We’re meant to take Halpert at her word that the old and new pieces in her collection really did have something in common — “strong silhouettes” and “deliberate crudeness,” according to the wall text — which is like arguing that broccoli and green apple gummy bears are vegetables because they’re both green. (Even so, it’s hard to fault the exhibition for including so many folk paintings, as they occasion a story, too good to ruin, about the time Halpert sold a blood-curdling baby portrait to Harpo Marx.)

Halpert’s ideas about art and democracy were similarly loose; she seems to have said what she needed to say when she needed to say it. This isn’t a knock against Halpert, or any other art dealer, though I thought the exhibition tried a little too hard to present her as a tireless advocate for decent, hardworking Americans when it seems just as accurate to say that she acted like the pragmatic businesswoman she was, catering to as many different kinds of people as she could. She rightly took pride in the fact that half of her customers were first-time art buyers, but she was no less dependent on filthy-rich philanthropists (Abby Aldrich Rockefeller, specifically) than anyone else in her line of work.

What is her legacy? First and foremost, she deserves all the applause the Jewish Museum gives her, and more, for sponsoring artists nobody else would touch. Halpert gave Jacob Lawrence his first gallery representation in New York at a time when a black man couldn’t get a drink in Greenwich Village, let alone an exhibition; she arranged a retrospective for Yasuo Kuniyoshi in 1942, when he was under house arrest for the crime of being Japanese; she worked with Communists who’d been bullied by McCarthy and Nixon. All three took real bravery.

Important people in art history are reflexively praised for being ahead of their time, as most babies are called beautiful. But in many ways Halpert really does seem like a 21st-century figure: unimpeachably “woke” before the term existed, tireless in her defense of the marginalized, allergic to the WASP nose-wrinkling that dominated Manhattan’s galleries, somehow populist and elitist at the same time. The last point feels especially contemporary — long after she’d curried favor with billionaires and presidents, Halpert was a master at positioning herself as the underdog. In 1941 she organized “What is Wrong with this Picture?,” a show consisting entirely of paintings that had failed to find a buyer. The message was as plain and powerful then as it is today: screw the critics, screw the dealers, screw the museums—we the people know what we like! 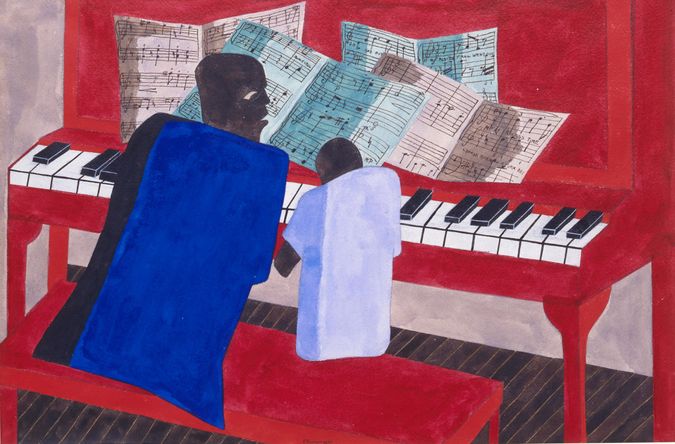 “Museums and galleries,” Halpert wrote in 1933, “have prospered on snob appeal, the galleries basing their sales psychology on snobbism, high prices, rare items … We must bring art to the public, the school, and the home.” Read in 2019, these words strike me as poignant, even tragic. Halpert appears to have been utterly sincere, and utterly wrong, in her belief that the free market could purge the art world of snobbishness. There isn’t a single marketing technique she applied to art dealing that isn’t currently being abused by powerful, gutless cultural institutions. The installment plans she pioneered as a way of bringing art to middle- and working-class people have been twisted into a form of predatory lending. Auction houses ratchet up the prices of paintings by grouping them in ways so shamelessly self-serving they make Halpert’s pairings seem well-considered. The populism of “What is Wrong with this Picture?” has become the smug pseudo-populism of Netflix’s Twitter account and the recent inane debate over Marvel movies.

The cure for art-world snobbery, Halpert thought, was democracy facilitated by the dollar. Nearly fifty years after her death, the cure has created its own diseases—all manner of new hierarchies and hypocrisies, and new strains of cultural fixers fluent in snobbish anti-snobbery. They’re like Edith Halpert, minus the bravery.

Jackson Arn was a 2019 first-place Rockower Award winner for his essay on the artist Martha Rosler.

Edith Halpert — Come Back, The Art World Needs You More Than Ever!