On The Trail Of Nazis And Nazi Hunters In America 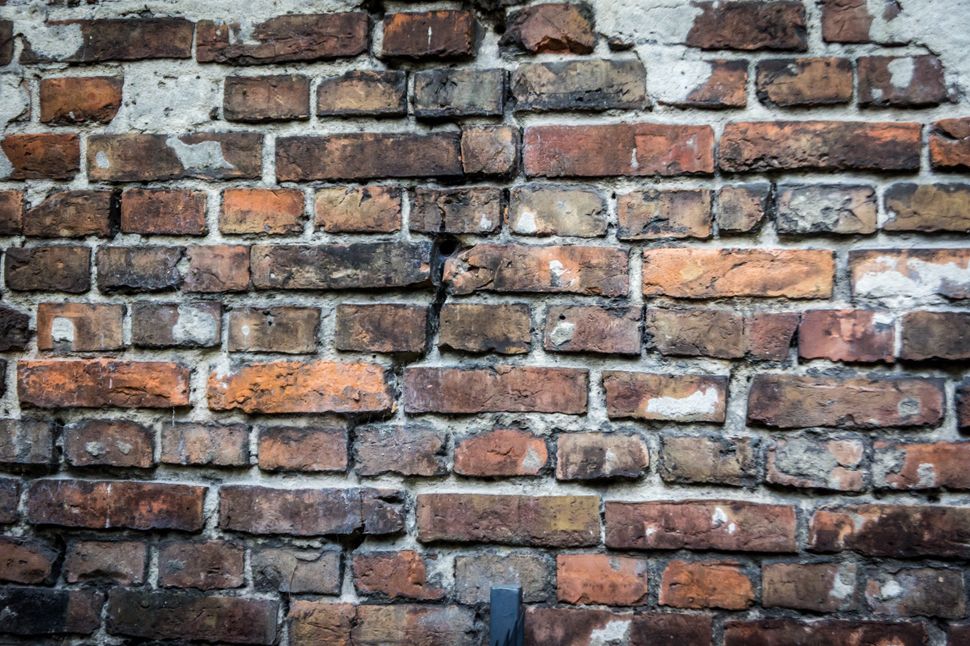 A Wall in the Warsaw Ghetto Image by iStock

Citizen 865: The Hunt for Hitler’s Hidden Soldiers in America

In his 2016 book, “The Nazi Hunters,” Andrew Nagorski suggested that, with nearly all the Nazi perpetrators gone, the time had come to tell the story of the men and women who had pursued them across continents and through the decades to bring them to justice.

Debbie Cenziper’s “Citizen 865” is another entry in this genre. Skillfully written and reported, it will seem familiar in parts to readers of Nagorski or other accounts of the work of the U.S. Justice Department’s Office of Special Investigations (OSI).

Cenziper’s contributions include an in-depth look at the historians integral to the OSI effort; a focus on Trawniki, the Nazi training camp in Poland where Ukrainians, Poles and others were schooled in the techniques of mass murder; and the riveting tale of two Jewish teenagers who escaped the Lublin ghetto and started a family in the United States.

The stories of those who concealed their past crimes from immigration officials on their way to peaceful American lives are better known. The book’s title, “Citizen 865,” refers to Jakob, or Jack, Reimer, born in Ukraine of ethnic German descent. With his congenial temperament, Reimer resembled “a babysitter, not a killer,” Cenziper writes. A retired potato-chip salesman, he had lied with ease for years, “hiding in plain sight in middle-class America” after having been involved in violent deportations of Jews from ghettos in Poland and at least one mass shooting.

Another case Cenziper details – the most notorious in OSI annals — is that of John Demjanjuk, a Ukrainian-American who had been an autoworker in Cleveland. Identified as a particularly sadistic guard at the Treblinka death camp known to survivors as “Ivan the Terrible,” Demjanjuk had been stripped of his U.S. citizenship and deported to Israel to face a war-crimes trial. (Under U.S. law, the only permissible remedies for World War II crimes committed on foreign soil were denaturalization and deportation. And those remedies required proving that the perpetrators had lied to enter the country.) 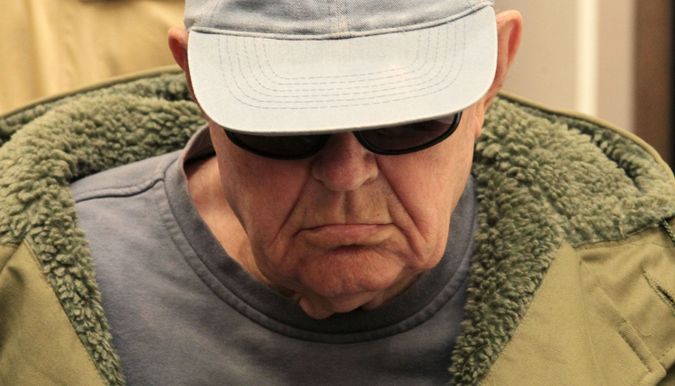 On Trial In Munich: John Demjanjuk, 91 at the time of this picture, was accused of being the Nazi guard ‘Ivan the Terrible.’ Image by Getty Images

But eyewitness testimony, especially years after the fact, can be unreliable. And through various legal twists and turns, the documentary evidence eventually indicated that Demjanjuk was not Ivan, but rather a different concentration guard who had worked at the Sobibor death camp, among other places. He died in Germany, still appealing his case.

Trawniki was a shared line in the criminal resumes of both Reimer and Demjanjuk, as well as of several others targeted by OSI. The camp was populated by Ukrainian and Polish civilian recruits and captured Red Army soldiers, Cenziper writes. Run like a military base, it turned this motley crew into deadly SS auxiliaries – in Cenziper’s words, “the foot soldiers of the Final Solution.”

Cenziper, a Pulitzer Prize-winning investigative journalist, doesn’t dwell on the specifics of life at Trawniki, beyond a mention of military drills, German marching songs, and lectures about the superiority of the German race. It’s not clear just how much indoctrination was necessary to transform conscripted mercenaries into ruthless killers of Jews. What is indisputable is that the so-called Trawniki men supplied much of the muscle for ghetto liquidations and mass shootings, as well as filling out the ranks of concentration camp guards. 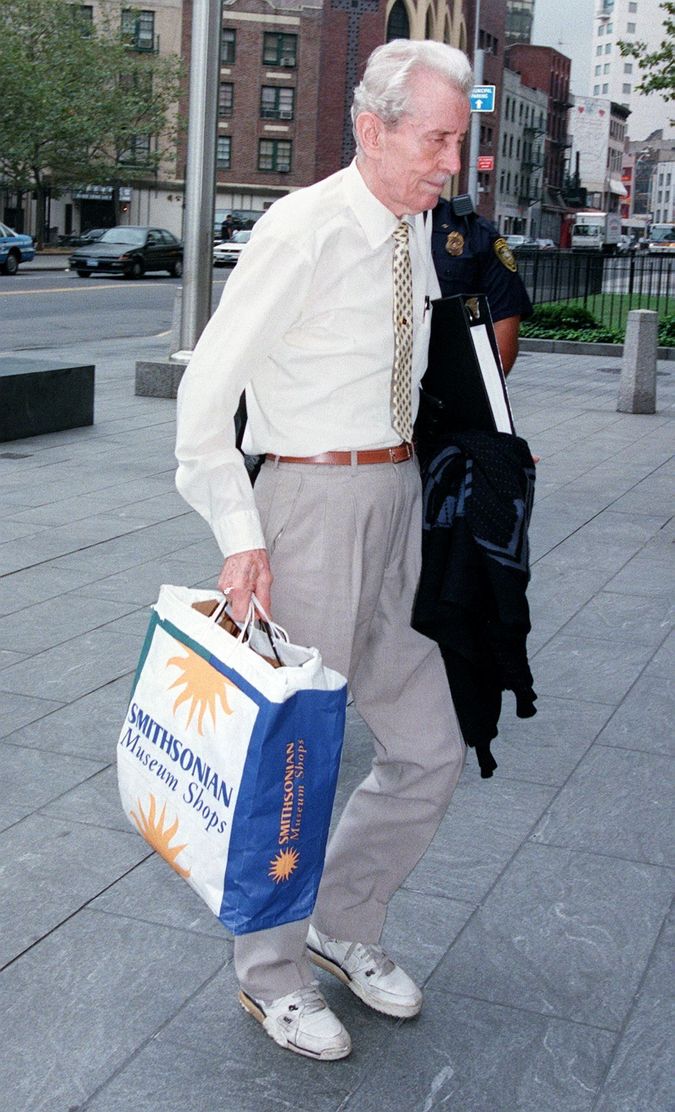 Accused: Retired businessman Jack Reimer from Carmel, New York was accused of lying about his past to enter the United States in 1952. Image by Getty Images

Credit for piecing together the damning biographical facts about Reimer, Demjanjuk and others belongs, in large part, to the historians of OSI — such men and women as Peter Black, Elizabeth “Barry” White, David Marwell, Mike MacQueen and Michael Bernstein. Poring through European archives and interviewing witnesses, they worked under the auspices of OSI directors Allan Ryan, Neal Sher and, finally, Eli Rosenbaum. (One historian, Bernstein, died tragically on the job in the 1988 terror bombing of Pan Am Flight 103 near Lockerbie, Scotland.)

Cenziper burrows, perhaps more than necessary, into the private lives of these historians. Her narrative is more rewarding when she recounts the travails of Feliks Wojcik and Lucyna Stryjewska, Jewish teenagers who fell in love in the Lublin ghetto and survived through a series of harrowing escapes and lucky breaks.

There were numerous close calls. At one point, Feliks ended up on his knees, surrounded by Germans, awaiting execution. As if miraculously, Soviet war planes descended and sprayed bullets into the crowd, shooting his executioners and sparing Feliks — “a wicked twist of fate, life and death separated by inches….”

Feliks and Lucyna, who married in the Warsaw ghetto, lost virtually every member of their families. Two of just 200 surviving Lublin Jews, they were able to make new lives in the United States after the war. Their remarkable stories are tied to Reimer’s because of his participation in the clearing of the Lublin ghetto and a mass shooting in the forest nearby.

Cenziper’s account moves cinematically around in time and place, a narrative sleight of hand that mostly works. It begins in New York, with a fragment of a now-famous interview that Rosenbaum, as principal deputy director of OSI, conducted with Reimer, and then flashes back to Occupied Poland, in the early 1940s, where we first meet Feliks and Lucyna.

The work of OSI, however virtuous it now appears, was the subject of almost continual controversy. The men (and occasional woman) the office pursued had committed their crimes decades earlier, under different circumstances, and, for the most part, had settled into benign, law-abiding American lives. Even Cenziper describes Reimer’s story as “tragic.”

“I don’t suppose…that I can convince you to leave this poor old man alone?” U.S. District Court Judge Lawrence McKenna asked OSI when Reimer was facing denaturalization. He could not. And a reluctant McKenna eventually ruled in the U.S. government’s favor. But, like many Nazi perpetrators, Reimer was never deported and never faced a full reckoning for his crimes. He died in Pennsylvania in August 2005 before OSI could find any country willing to take him.

On The Trail Of Nazis And Nazi Hunters In America