What’s Jewish About The 10 Democratic Debaters: A Visual Guide 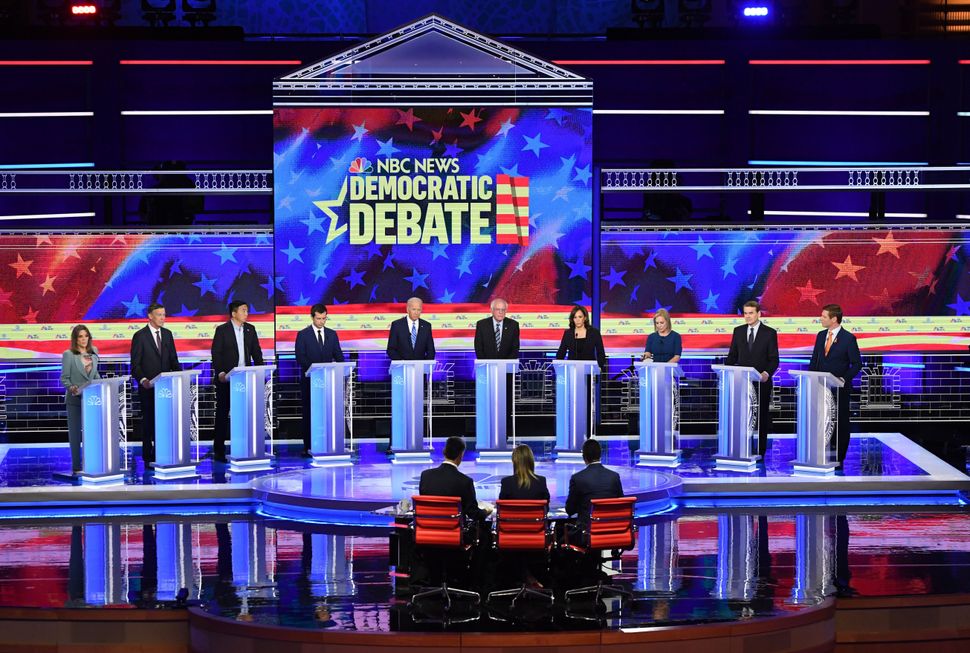 From the earliest stirrings of our republic, American presidents have been connected to the Jewish people. General Washington relied on financier Haym Salomon for ready cash for the Continental Army, and as our population climbed, Jews have served as Supreme Court justices, cabinet secretaries, speechwriters, senators and security experts called on to testify in impeachment hearings. We’ve filled nearly every role in government — except the big one.

Anyone who wants a shot at the presidency today can’t overlook the Jewish vote (particularly because of Florida’s swing status.) But some candidates are, naturally, better situated than others in this department.

You surely know Bernie Sanders’s Jewish bona fides — provided you’ve ever heard him speak. You may know that late entrant Tom Steyer had a Jewish dad who played an important part in bringing the Nazis to justice. But what about the other Democratic contenders in this crowded race to unseat a divisive Republican president?

Here is your guide to the Jewish connections of the 10 candidates set to debate on November 20. Come for the Bernie Sanders rabbinical acting credit, stay for Amy Klobuchar’s discussion of pro wrestling with Ariel Sharon.

What’s Jewish About The 10 Democratic Debaters: A Visual Guide