Is ‘A Christmas Carol’ antisemitic? 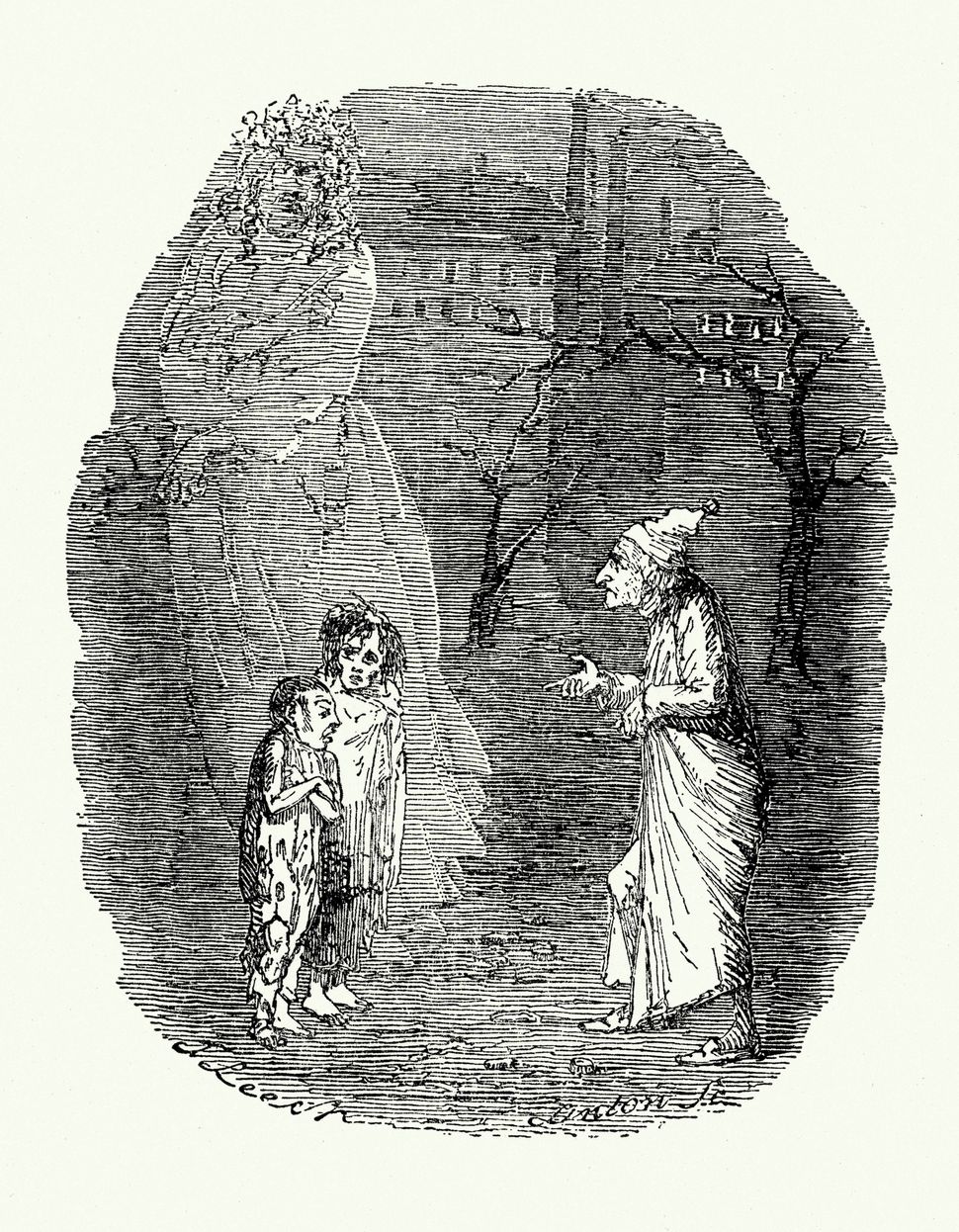 A scene from “A Christmas Carol” Image by IStock

Charles Dickens’s “A Christmas Carol” has been variously interpreted over the years as a humanist or secular parable, a pre-Freudian psychological thriller, an old-fashioned ghost story, an anti-capitalist screed, and, yes, a Jewish story wearing the cloak of Victorian England. It has also been mined for its anti-Semitic tropes, as has other work by Dickens – most famously “Oliver Twist” and its portrayal of the character Fagin.

“A Christmas Carol” has also been the subject of countless adaptations in every form imaginable: stage plays, radio programs, recordings, movies, animated cartoons, graphic novels … even operas. Campbell Scott (“House of Cards”) and Tony Award-winners Andrea Martin (“Pippin”) and LaChanze (“The Color Purple”) are currently starring in a new production on Broadway. A new made-for-TV movie version, by the same English creative team behind the “Peaky Blinders” TV series, debuts on the FX network in the U.S. on December 19 (the date of publication of the original book). Several new film versions are reportedly in the works, including one written by playwright Tom Stoppard and a Walt Disney musical told from the point of view of Jacob Marley.

It’s pretty easy to read “A Christmas Carol” as anti-Semitic. The main character, Ebenezer Scrooge, is a moneylender who doesn’t celebrate Christmas. Full stop there. But there’s more: the name Ebenezer is Hebrew, deriving from the phrase eben ha-ezer, meaning “stone of the help.” Scrooge’s dead friend and former business partner, Jacob Marley, sports a fully Jewish moniker – his first name one of the Jewish forefathers, and his Hebrew family name meaning “It is bitter to me.” Scrooge not only doesn’t observe Christmas festivities; rather, he hates Christmas. He’s a mean and nasty guy, and Dickens even gives him a “pointed nose” to boot.

But many prefer to paint Dickens and “A Christmas Carol” with a kinder, gentler brush. In 2005, American Conservatory Theater artistic director Carey Perloff, who directed a version of the show, told the Jewish News of Northern California, “It’s not religious. It’s a humanist novel very deeply about community…. It’s about family and food. It’s about Scrooge losing his connection with his family. And it’s also about philanthropy. It’s ingrained with Jewish concerns.”

Similarly, in the Times of Israel, Barbara Aiello called Dickens’s novella “a slim volume that celebrated kindness, charity and human transformation — ideals that parents the world over hope to instill in their children — ideals that have deep roots in Jewish tradition.”

In Boston’s Jewish Journal, Jules Becker argued that Jewish themes abound in “A Christmas Carol.” He credited award-winning Jewish actor Jeremiah Kissel, who portrayed a stage version of Scrooge, for claiming that “the notion of teshuvah is at the core of a play that teaches that ‘the worst among us has a core of goodness.’ Kissel also believes that Tikkun Olam informs the story. ‘I start to frame the story as a parable of hurt. You perform Tikkun Olam by channeling hurt back into the world.’”

Or as Samantha Nelson put it in Escapist Magazine last year, “There’s no Santa, no reindeer, and certainly no reference to the baby Jesus. It’s a weird ghost story with a humanist moral.”

In 2015 in the New Yorker, writer Elif Batuman set out to determine if Scrooge was the first psychotherapy patient. “All of Scrooge’s thought processes, especially the miserly ones, follow the ‘logic’ of depression,” wrote Batuman. “At first, it seemed strange to me that such a Jewish discourse should be anticipated so plainly by a Christmas story — one written a decade before Freud was born. But when I thought about it more, it started to seem less strange. Freud read and admired Dickens; his first gift to his fiancée, in 1882, was a copy of “David Copperfield.” Why wouldn’t he have read “A Christmas Carol,” which is so much shorter? O.K., he was Jewish, but he was secular. He had a Christmas tree.”

But the last word goes to William Melton, writing in the Riverfront Times, of St. Louis, Missouri, who asked rhetorically, “Are we the only ones who’ve noticed that this widely accepted, celebrated piece of literature is actually wildly anti-Semitic? …. We’re dealing with a cold, greedy Jewish banker sporting a pointed nose. In the end … the miserly, Jewish banker opens his heart to the Spirit of Christ — and then, and only then, is he transformed into a loving human being. Scrooge done got himself saved.”

Seth Rogovoy is a contributing editor at the Forward. He frequently mines popular culture for its hidden Jewish stories.

Is ‘A Christmas Carol’ antisemitic?