Leonard Cohen’s Last Words Summon The Spirit Of The Poet 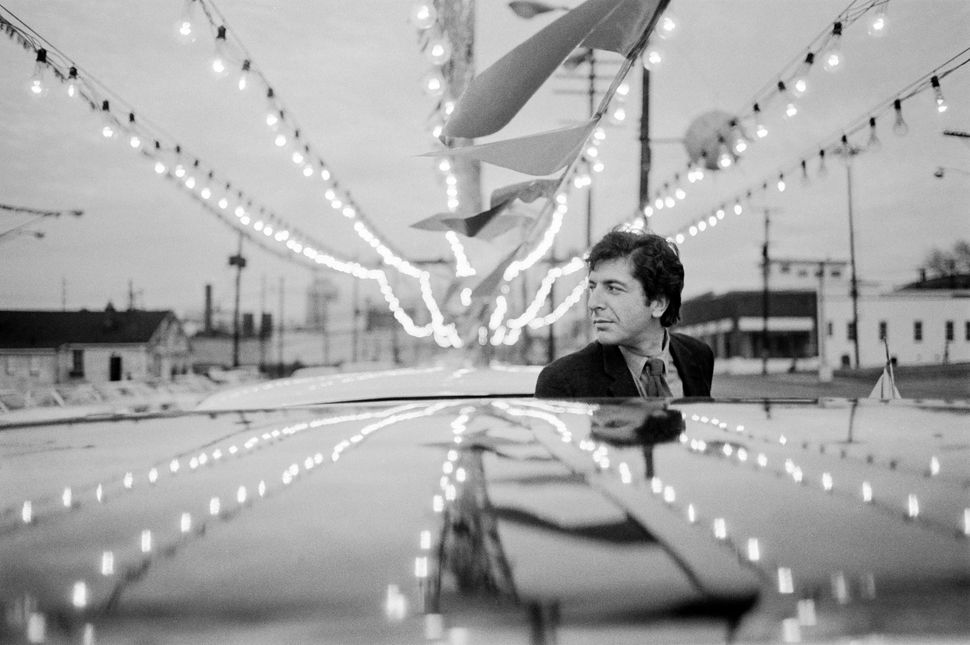 Like an urn is full of ash, a posthumous album can often be a light, insubstantial remembrance. The survivors who release it into the wind of public opinion can count themselves lucky if the contents do not rebound onto them embarrassingly. The best case scenario is usually a brief, respectful silence and then insignificance.

Things are different for Leonard Cohen, an artist who had been ruminating on loss and absence for decades, who seemed for decades to be not so much aging but dying prematurely. As early as 1967, “So Long Marianne” was imagining a romantic partner as Mary Magdalene (“You held on to me like I was a crucifix”) and their breakup as Christ’s execution. Already that stanza introduced the major themes of Cohen’s poetry: the melancholic attachment of two people who meet when they were “almost young” (in a weird Christological coincidence, Cohen was thirty-three the year his first album was released); the “lilac park” in which they meet mournfully nodding to the flowers of Whitman’s great funereal elegy; the final image of the lovers “kneeling in the dark” gently mixing religious and erotic passions.

In later years, Cohen just became more explicit about the heresy of a Jewish boy riffing on the central Christian drama. His final hit, “You Want It Darker,” released nineteen days before he died in 2016, sandwiched Jesus’s agony between the words of the mourner’s kaddish and a Holocaust-scale array of yahrzeit (memorial) candles (“Magnified, sanctified, be thy holy name / Vilified, crucified, in the human frame / A million candles burning for the help that never came”). Those lines seem to drain the crucifixion of its redemption, but elsewhere Cohen performed the opposite trick. In the bleak 1988 song, “Everybody Knows,” a litany of collective cynicism (Every body knows “the good guys lost,” “…the fight was fixed,” “…the boat is leaking,” “…the captain lied” and so on) repeatedly parodies the cross, which the first couplet already imagines as a hopeless superstition: “Everybody knows that the dice are loaded / Everybody rolls with their fingers crossed.” Yet the song ends by enjoining the listener to “Take one last look at this Sacred Heart / Before it blows.” The Catholic devotional object reminds us that, after all, total despair is right there in the Gospels too, in a Jewish man screaming that his divine father has abandoned him. In other words, Cohen never fussed much about the differences between sacrifice and torture, sacred hymn and secular parody, or Christian and Jew.

So listening to “Thanks for the Dance,” I remembered that Cohen has been riffing on death and resurrection for decades and kept an open mind. After all, the Sermon on the Mount was also published posthumously. Without that background, there is not very much to the new album, which I mean descriptively rather than pejoratively. Its nine tracks total about thirty minutes, and at least one of the pieces, the gnomic “Listen to the Hummingbird,” Cohen already read at a 2016 press conference for You Want it Darker. Moreover, Cohen’s son Adam has arranged the instrumentation (most of which was done after Cohen’s death) simply and with restraint: quiet keyboard arpeggios, percussion and guitar generously spaced so that the fading away is more striking than the sounds themselves, his vocals fully purified of melody. Both his early crooning sweetness and the apocalyptic menace of his later, synthesizer years are gone, replaced by a ritualized, controlled recitation. This austerity will disappoint those who listened to Cohen as a musician; it matters less for those who all along were listening to the poet, the prophet, the gently failing messiah.

As poetry, the album does its quiet work. Consider this quatrain from the first and best song, “What Happens to the Heart”

The trick is the last line, which delicately reverses a cliché. The cart before the horse is preposterous (literally “before coming after”), its inversion uncannily normal — no more conventional than a magician pulling a hat out of a rabbit. And then you notice the lines’ rhythm, most of the emphases trochaic, that is, on the first foot rather than the second (“always working steady”), with “art” and “cart” giving us satisfying, stressed endings: the familiar twisted to land as a reversal. The quatrain is a little riff on what it is to work steady. Cohen liked to brushed off interviewers with vague theories about Romantic inspiration (“If I knew where the good songs came from, I’d go there more often”). Here we have a more sober, hardworking poetics of craft and labor.

There are louder lines in that poem, which ends by contemplating the speaker’s father’s “.303” — the British and Canadian rifle used in World War II — ruefully, “I fought for something final / Not the right to disagree.” Pace a moving, beautiful and astoundingly wrongheaded reminiscence of Cohen by the right-wing Canadian Yiddishist Ruth Wisse (who knew Cohen from McGill), Cohen never “treated war in the sloppy manner that appealed directly to those flower-children brigades.” He was a peacenik who understood and grappled with the erotics of violence; the precise mirror of neoconservatives like Wisse, who misunderstood their own militarist desires as duties.

There was never much that was sloppy in Cohen’s poetry: almost like Bruegel carving the clean lines and fine details of the “Last Judgment,” he wrote precisely about the otherworldly, lightening the profound without ever cheapening it. He had a clinical coldness. Despite all the dances he constantly mentions, it is hard to name one to which you could swing your hips: they are always about dancing, the movement always reserved for the words, voice, and spirit. The album’s great love-song, “The Night of Santiago” (the pun on “night” sneaking in chivalric romance) begins, “She said she was a maiden / That wasn’t what I heard,” but the lover shrugs and plays along: “For the sake of conversation / I took her at her word.” He repeatedly punctures his own fantasies (“And yes she lied about it all / Her children and her husband”), without ever deflating them. The tawdry truth is a small thing before lines like, “Her thighs they slipped away from me / Like schools of startled fish.”

Cohen was a poet before a singer, and his first, college-age book was entitled, “Let Us Compare Mythologies.” The two halves of the phrase twist romantic invitation (what do you really imagine Cohen and his addressee comparing?) into precocious scholasticism. He offered world-weary, knowing disillusionment that also, somehow, promised mystical union: a faith without credulity, a God who didn’t mind being seen naked, or even seen through. “Thanks for the Dance” is hardly a full, substantial work, but its thin, spectral presence nonetheless summons the larger, powerful spirits with which Leonard Cohen spoke for so long.

Leonard Cohen’s Last Words Summon The Spirit Of The Poet