Is The West Suffering From Cultural Dementia? 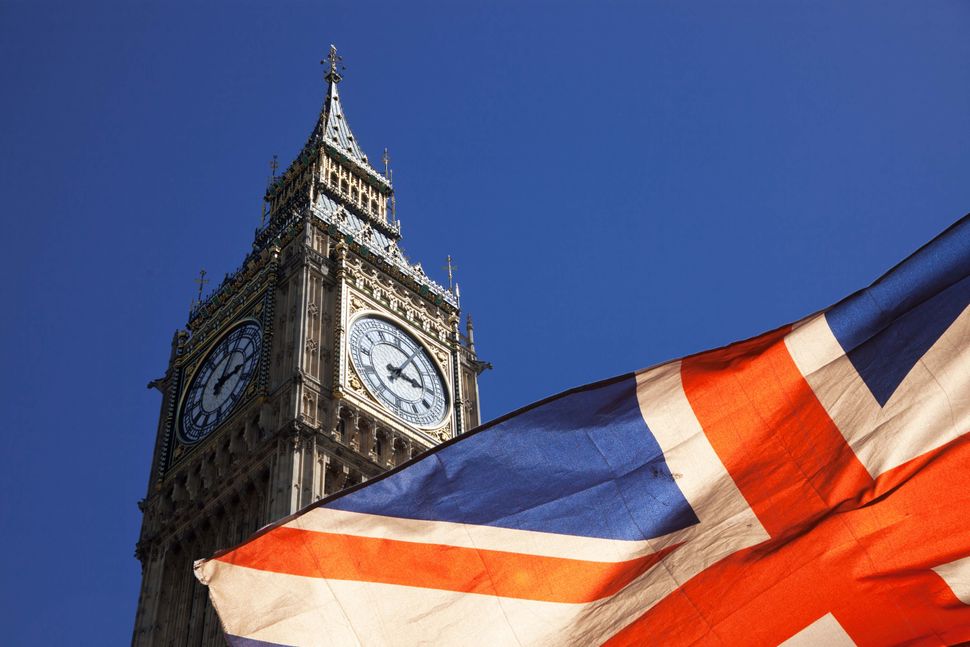 London’s bookstores all seem to have a “doomsday” table right now — a prominent display of books on the end of democracy, the rise of Russia, the march to Brexit, and the collapse of the idea of Europe. On one of these tables, I encountered “Cultural Dementia: How the West Has Lost Its History and Risks Losing Everything Else,” which I admit I picked up because of its cover, which features a red baseball hat (yes, the MAGA kind) emblazoned with CULTURAL DEMENTIA in capital letters.

I was not sure I agreed with the provocative subtitle, since I had just come from Churchill’s War Rooms, where Churchill and others spent six years underground. Now a tourist attraction, the place was absolutely packed with people who wanted to get an intimate view of the WWII command center, complete with pins on paper maps and charts of Britain’s casualties from Nazi bombings. The History Remainders section at Waterstone’s in Bloomsbury was also crammed with shoppers, though to be fair they were all older men in a student-filled district; that could still mean young people didn’t care much about history.

David Andress is a historian of the French Revolution and a professor at the University of Portsmouth; he recently edited “The Oxford Handbook of the French Revolution.” Here, he focuses on three players — the UK, the US, and France in his diagnosis of cultural dementia. He claims that Germany, at least, is remembering things. The yoking of those three players leads him to some overarching connections that are worth pondering.

First, Andress calls all three “old” societies — as in “demographically old.” He thinks this is one reason why old hatreds are brewing in the UK, US and France. I found myself thinking of the presence of a very old hatred like anti-Semitism in demographically young Arab countries like Jordan, where the Pew Research Center found 100% of respondents with an unfavorable view toward Jews; in Lebanon, the figure was 99 percent. And on a more individual level, there are the young white nationalists the world saw marching in Charlottesville, and the perpetrators of racially motivated mass shootings, many of whom are far from old; I’m not certain that the age-means-hatred argument is sound, but I was willing to read on.

Second, Andress is chiefly concerned with the attitude toward history, which he terms dementia. He recounts how academics backed down and let political pressure from conservatives dictate the content of the AP exam in history in the United States, and he shows how the UK, the US and France are all increasingly comfortable with a divorce from fact. For example, the UK’s immigration numbers are often distorted, and absurd claims on repatriating immigrants are made; Anders shows how Trump distorts the effect of his intervention in a factory closing and makes all kinds of outlandish claims that are demonstrably false.

I found Andress’s observations on language most fascinating. He notes that the UK, US and France have not reckoned with why their languages are dominant, which is another way of saying they have not reckoned with colonialism and conquest. But in the maelstrom of our moment, we may want to think of how much economic power and cultural power rests on the English language, and perhaps the French language; we may not only be seeing the decline of once-dominant societies, but long-dominant languages.

In his musing on non-reckoning, Andress quotes George Orwell, who pointed out much of this decades ago by saying that the average English worker is living at a higher standard than he ought to because of the wealth extracted from colonies. (And that might also still be true for the English language, which is more powerful than it should be because of conquest.) Walking through London, the statues commemorating colonial exploits are still there, just as they were in Orwell’s day, and just as many statues across the U.S. commemorate moments those of us who do read history books are ashamed about.

Orwell, of course, had both diagnoses and solutions, and unforgettably pointed out the connection between language, lies, and murder in his classic essay “Politics and the English Language.” He pushed for clear language as one essential response to all kinds of political lying. Unfortunately, Andress offers no answers, and no stirring calls to action, just comments and questions. At the end of the book, he turns to the reader for solutions.

That frustrated me. His discussion of race issues in America also likely won’t teach Americans anything new, though it is interesting to read how Andress connects the treatment of black politicians in the UK to racial violence in the US. There is also almost nothing in here about anti-Semitism, a growing concern in all three of these societies, and bizarrely, not much about women — whose anger and activism is certainly affecting the U.S.

“Cultural Dementia” is a breezy introduction to what it looks like from across the pond, and at 150 pages with footnotes, it is a quick description of three societies the author sees as very likely on the precipice of dramatic decline. What’s most fascinating here is that the inability to remember — to acknowledge the past — is framed as the main reason for the “doomsday” scenarios that are now clouding over the West. It’s an idea worth considering.

Aviya Kushner is The Forward’s language columnist and the author of The Grammar of God (Spiegel & Grau) and the forthcoming Wolf Lamb Bomb. Follow her on Twitter @AviyaKushner

Is The West Suffering From Cultural Dementia?