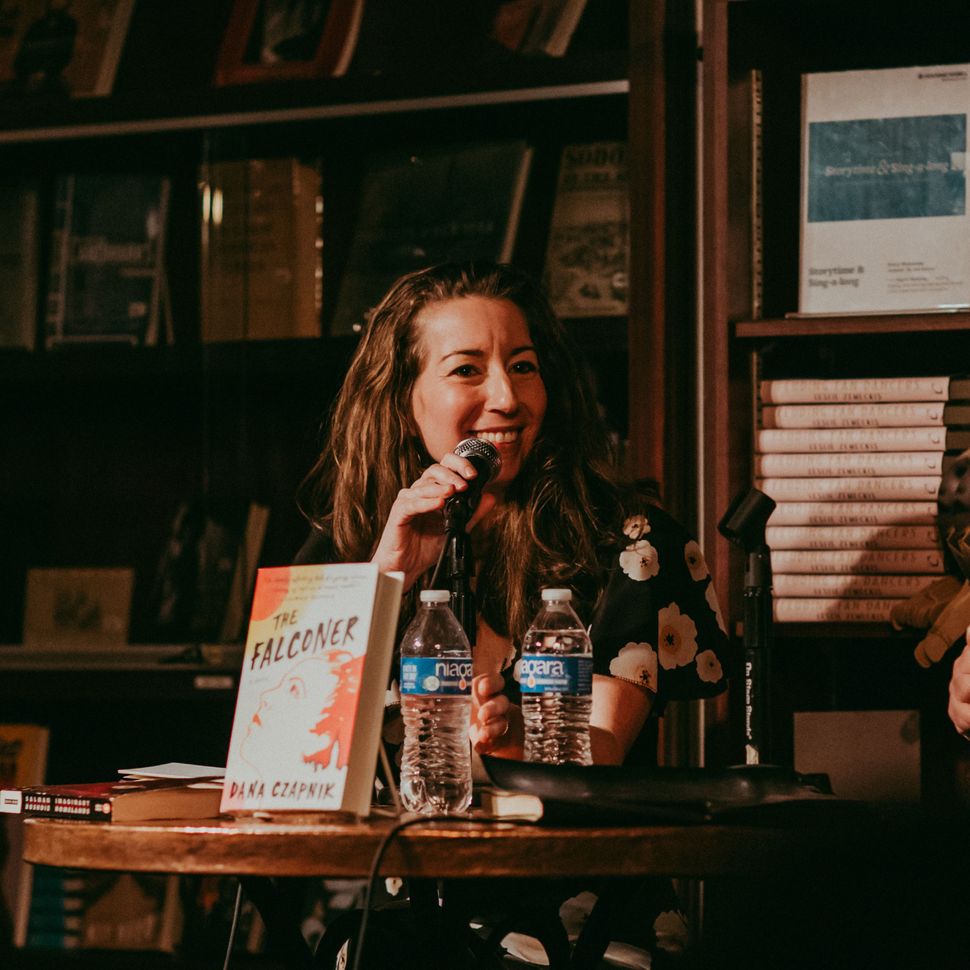 Some people’s heroism can be seen in charitable works and mitzvot. Others favor the more quiet and reflective mitzvah — like writing a Great American Novel. Czapnik, 40, the New York-based granddaughter of Holocaust survivors, blazed onto the scene this year, demonstrating the kind of rare natural prowess usually ascribed to athletes — like teen basketball phenom Lucy Adler, the star of Czapnik’s debut “The Falconer.” The novel, a tale of youth adrift in 1990’s New York, which won plaudits from Colum McCann, Salman Rushdie and The New York Times, and the inevitable comparisons to J.D. Salinger, is the literary equivalent of a swish shot effortlessly from half-court — nothing but net. 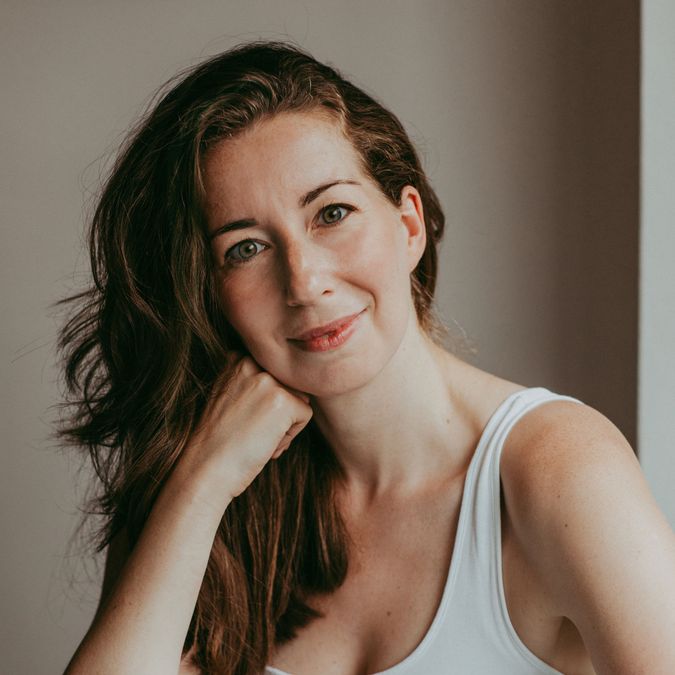 Breakfast: I usually skip breakfast and mainline coffee, like every other normal person. But I’m pregnant, so these days I skip the caffeine and indulge my craving for Eggs Benedict. Though I hold the bacon. Not because I’m kosher, but because I don’t eat four-legged animals. It’s my somewhat arbitrary moral line in the sand.

What’s the last thing you listened to on your phone? Stone Temple Pilots’ first album. And before that, I listened to Pod Save America’s series on the Iowa Caucuses.

Earliest Jewish memory? I can’t pinpoint a specific memory because I grew up in a very Jewish environment, so that’s like asking me to locate my first memory of putting on clothes. But my early memories of Judaism are all tied to my maternal grandparents and food. My Bubbe was a shockingly awful cook for a Jewish grandmother – but she made a mean cholent. It was the one thing she made that wasn’t dry. My mother always made the best chicken soup and one of my aunts made the best matzah balls in the family. I never developed a taste for kugel, though. Kugel is overrated.

Hero: As a child, my two heroes were Sally Ride and Bonnie Blair. I don’t have heroes anymore because even heroic people are flawed, but I greatly admire basketball legend Nancy Lieberman and literary genius Dorothy Parker.

2019 memory: When the box of hard covers from my publisher arrived and I gave a copy to my then 4-year-old son, he clutched it to his chest and said, “Mommy, you wrote a book! Congratulations!” That moment is pretty tough to beat.

What is your favorite thing about being Jewish? I wish I could easily answer this question. For all of my adulthood, and the last three years in particular, I’ve really wrestled with how I feel about being Jewish. I identify culturally as Jewish and it’s been horrifying to see violent anti-Semitism on the rise world-wide and so close to home, particularly as a granddaughter of a survivor of Auschwitz. It’s also been equally horrifying to watch Jewish people in power or close to power enact the same policies of oppression and violence that have plagued Jews throughout history.

I’m speaking mostly of the Jewish members of Trump’s cabinet and Netanyahu and all of his supporters and enablers. Instead of progress, it seems the human race has backslid into unenlightened tribalism and Jews are no exception. I’m a humanist and not interested in belonging to a tribe. When I was younger and participating in Jewish youth activities, one of the big questions group leaders would ask us to consider was whether we are Jewish Americans or American Jews. I always felt very strongly that I was a Jewish American – the American part was the more important part of my identity.

My answer now is so much more complicated. I’ve never felt more distant from America and Jewishness. I am in a constant state of alienation. And yet. When I found out my novel was going to be translated to German and published in Germany, I sat at my kitchen table and wept. The Germans killed my entire family other than my two grandparents. The name Czapnik – a common Jewish name in Poland belonging to tens of thousands of people before WWII, now only a couple hundred left in the world – would be on the cover of a book in stores in Germany. It only took one and a half generations for the world to change so completely it would be unrecognizable to one of those Czapniks who perished in Poland.

Identity is a complicated, fluid thing. And that is, perhaps, my answer to the question – what I like most about being Jewish is the complicatedness of it all. If I found being Jewish easy, if I found being American easy, what would I have to think about? What would I have to write about? Contentment doesn’t have a great reputation for inspiring art.

What app can you not live without? I could live very well without any of the apps on my phone or my phone in general. I do, however, really like listening to podcasts… which are ultimately just updated versions of radio shows from the 1940s. But I would be happy just to go back to listening to them on the radio.

Weekend ritual: Reading is a favorite weekend ritual, though I read more children’s books now than novels during the weekend days. But I treasure that, too.