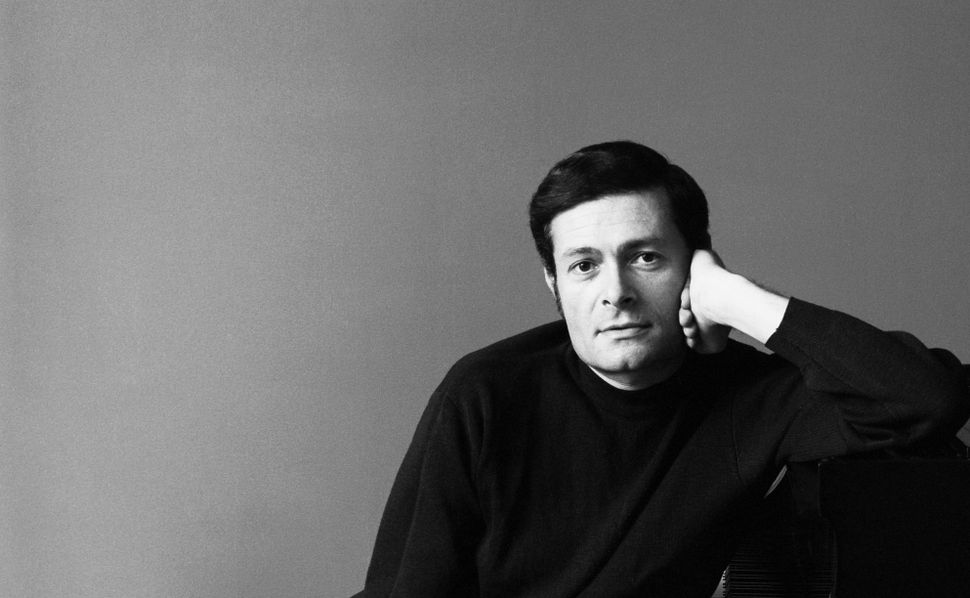 Jerry Herman, the Tony-winning composer-lyricist who gave showstoppers to Broadway’s leading ladies and vibrant voice to gay life during the AIDS crisis, died in Miami on Thursday. He was 88.

Born in Manhattan, Gerald Sheldon Herman’s love affair with musical theater began when he was a young teen, after he saw Ethel Merman in “Annie Get Your Gun” on Broadway.

“I remember leaving the Imperial Theater starry-eyed, because I was in the presence of what to me is the strongest singular force you could have in a musical, a great, larger-than-life lady in the stage,” Herman told The New York Times in 1985.

Soon, Herman, whose mother taught him piano at a young age, began writing music in his free time. The aspiring songwriter even gained the encouragement of “Guys and Dolls” composer Frank Loesser, whom his mother arranged for him to meet. By the time he was in his early 30s, Herman would be composing standards for a new generation of female stars — and even Merman herself.

In 1964, Herman wrote the music and lyrics for “Hello, Dolly,” which debuted on Broadway with Carol Channing in the lead role of Dolly Levi. The show was a hit. The cast album was at number one on the Billboard charts in the first week of June 1964. A week later, it was knocked off — but only by Louis Armstrong’s new jazz album “Hello, Dolly,” named for his cover of the musical’s title song. Merman, who initially turned down the chance to play Dolly, took the part as the show ended its run in 1970. Herman got his preferred leading lady, six years after winning a Tony for Best Original Score.

Herman continued to make work anchored by strong actresses. In 1966, he wrote the songs for “Mame,” starring a young Angela Lansbury, and in 1974 worked with Bernadette Peters on “Mack and Mabel,” about the tortured romance of silent film star Mabel Normand and director Mack Sennett. It was a darker turn from a man whose bouncy scores were renowned for their cheeriness.

“Jerry does have this inner glow, this innate optimism — which isn’t very Jewish,” Harvey Fierstein, his collaborator on “La Cage Aux Folles” told the Washington Post in 2010, on the occasion of Herman’s Kennedy Center Honors. “How can you write a show like ‘Mack & Mabel,’ with those heartbreaking numbers and still have a positive way of looking at life? That’s a real gift.”

It was in 1983 that Fierstein and Herman, both openly gay, gave their hurting community a gift with “La Cage aux Folles,” about a gay couple, one a drag queen, the other the manager of a drag club, and their son who hopes to marry the daughter of a conservative politician. Premiering in the early days of the AIDS crisis, the musical blazed a trail for other high-profile work centering gay relationships. The show earned Herman another Tony and a third for Fierstein, who wrote the script, for Best Book.

“We went to hell and back in those years, when nobody wanted to talk about anything but AIDS,” Fierstein told the Post, “but because of ‘La Cage,’ we had a place to focus positive energy and discuss another aspect of being gay.”

Herman’s sunny disposition was tested in the years after “La Cage,” when the AIDS crisis struck close to home. Soon after “La Cage” opened, Herman was diagnosed with HIV and his partner Martin Finkelstein died of AIDS, the LA Times reported. At a time when the virus was difficult to treat, Herman was privileged to gain early access to a then-experimental cocktail of drugs. Knowing he was lucky where so many others weren’t, he was active in raising money for AIDS research.

While Herman went on to write his memoirs and the odd bit of music, “La Cage” was his last major musical. As early as 1985, when Herman was staging his all-female revue “Jerry’s Girls,” he feared that his songs were not what modern audiences wanted, telling The Times, “I realize that my kind of songwriting is not generally in fashion.” He lived to see that notion challenged.

While Herman’s impact on popular culture was tremendous, and at times revolutionary, his goal was always simpler, aiming to generate the kind of delight he felt as a young teen watching Ethel Merman play Annie Oakley.

“What I really want,” he told The New York Times in 1998, “is to be an entertainer, to entertain masses of people.”

PJ Grisar is the Forward’s culture fellow. He can be reached Grisar@Forward.com.