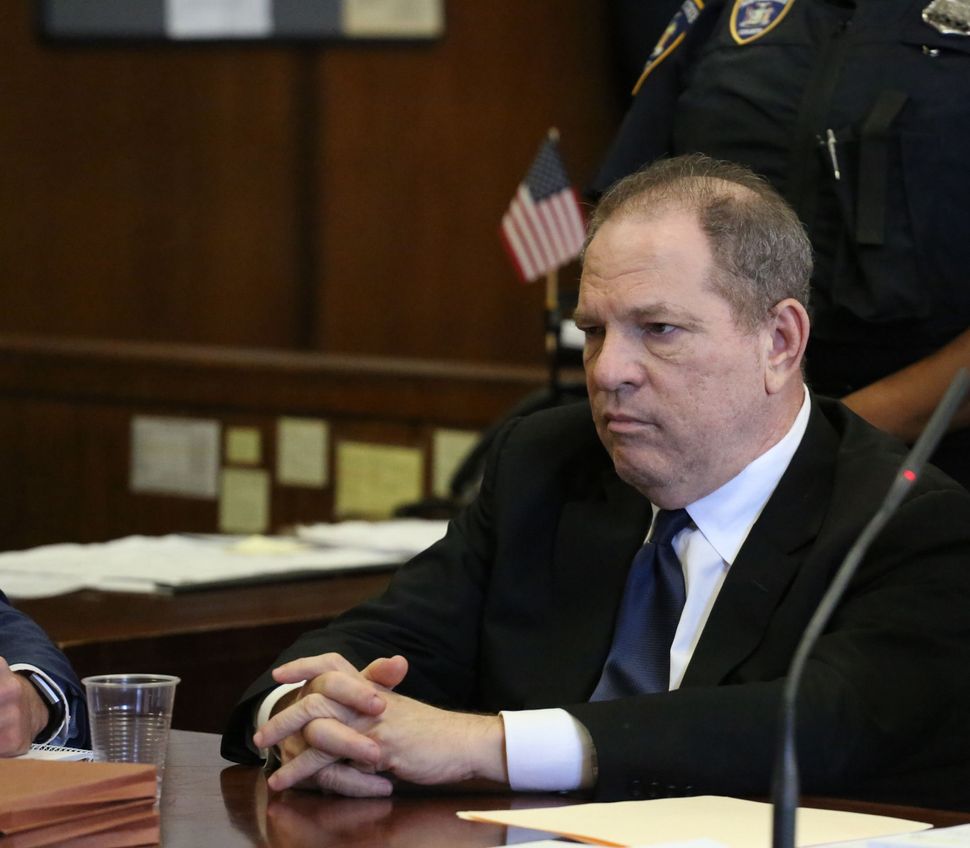 On Monday, soon after a walker-bound Harvey Weinstein limped into New York’s State Supreme Court in Manhattan for the preliminary steps in his first criminal trial, the movie mogul was hit with new rape and sexual assault charges in California.

Los Angeles prosecutors released a criminal complaint with new charges against Weinstein made by two anonymous plaintiffs, one an Italian model and actress, the other a woman who met Weinstein to discuss business at a hotel restaurant. The alleged incidents occurred just one day apart.

The first woman, who approached the police in October of 2017, claims that Weinstein entered her hotel room uninvited in February of 2013, raped her and threatened her life. The second woman claims that after a business meeting the following day, Weinstein brought her and another woman into his hotel room, where the other woman shut her and Weinstein in the bathroom. The accuser said that Weinstein then disrobed, showered and groped her while he masturbated, according to the criminal complaint.

Weinstein is charged with one count each felony forcible rape, forcible oral copulation, sexual penetration by use of force and sexual battery by restraint. If convicted, the four counts may add up to a 28-year sentence for the producer.

The New York Times reports that one of the victims in the L,A. case will be called as a witness in Weinstein’s current New York trial, in which Weinstein faces criminal allegations from two women. Weinstein, whom over 80 women have accused of sexual misconduct, maintains that he had the plaintiffs’s consent. Citing the new charges, which his lawyers claimed could taint the jury selection process, Weinstein yesterday sought a delay of the New York trial, Deadline reported. The judge denied the request.