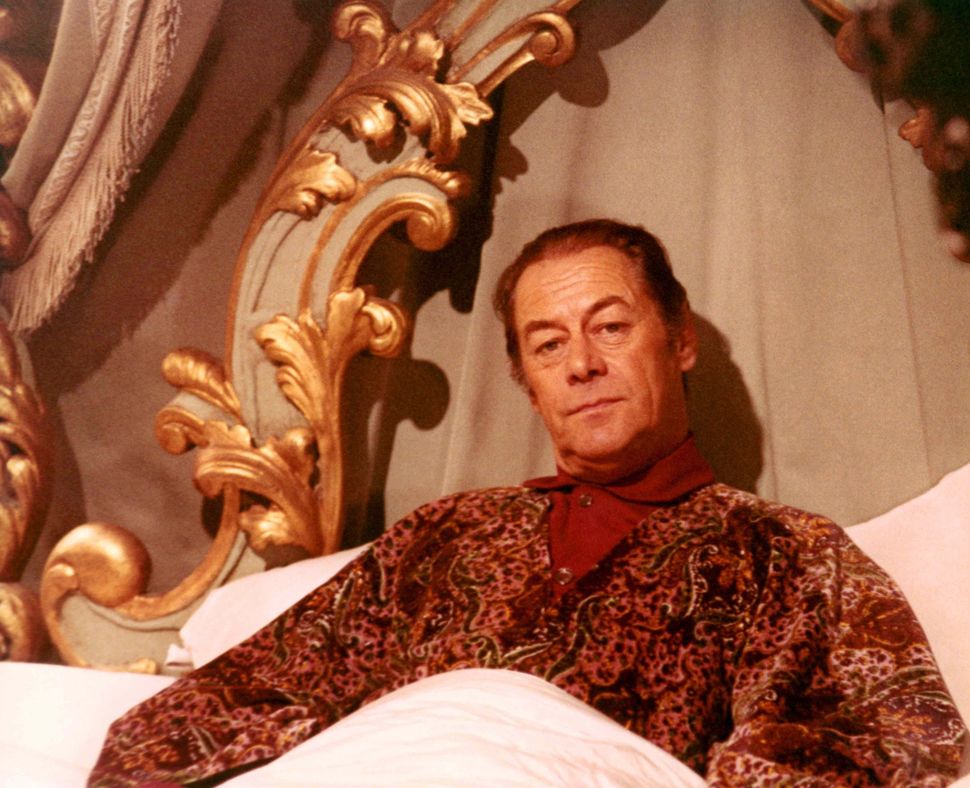 Robert Downey Jr. presumably had a better time making the new movie “Dolittle,” based on Hugh Lofting’s “Doctor Dolittle” stories and opening in theaters on Friday, January 17, than did his fellow Jew, Anthony Newley, who had a miserable experience on the set of the original 1967 “Doctor Dolittle” film version, which starred Rex Harrison.

As portrayed in Lofting’s first volume of the series, “The Story of Doctor Dolittle,” published in 1920 and set in Victorian England 100 years earlier, Dr. John Dolittle was something of a misanthrope, preferring the company of animals to that of his fellow human beings. That much Rex Harrison may have gotten right. Dolittle lived with a menagerie that included a pig, a parrot, a dog, a duck, a monkey, an owl, a mouse, and a fanciful invention of an animal called a pushmi-pullyu, a two-headed cross between a gazelle and a unicorn. The parrot taught the doctor how to speak animal languages, and together the physician and his pets travelled the world and got into all sorts of wacky adventures.

For Anthony Newley, who played the role of Dolittle’s friend Matthew Mugg in the original movie – there have been several made since, including a series by Eddie Murphy in the late 1990s and early aughts and the upcoming one starring Downey – it was a most unpleasant adventure. In spite of the fact that the movie was produced by Arthur P. Jacobs and directed by Brooklyn-born Richard Fleischer — son of Essie (née Goldstein) and animator/producer Max Fleischer, a native of Kraków, Poland — the trouble-plagued film (no one had given any thought to transporting and housing a full cast of real animals, “1,200 costars who would rather bite, dart, scratch, defecate, urinate, lunge or kick than act,” in the words of film historian Matthew Kennedy) was marred by Harrison’s barely disguised bigotry.

In his book “Pictures at a Revolution,” film historian Mark Harris recounted the saga of the film’s ballooning budget and the difficulties of catering to the prima donna-like demands of Harrison. Harris writes, “…undisguised prejudice, well-known among those who had worked with Harrison before, was also a factor. Before and during Dr. Dolittle’s production, Harrison would disparage Newley, sometimes to his face, as a ‘Jewish comic’ or a ‘Cockney Jew’.”

Newley, whose maternal grandmother was Jewish, wrote to his friend Barbra Streisand in London, where she was performing “Funny Girl” at the time: “We started rehearsing the dances for ‘Dr. Dolittle,’ or as it’s known amongst the Hebrew elements, ‘Dr. Tagoornicht’ [the Yiddish equivalent of “do little”]!! I shall have the pleasure of working with that well-known anti-Semite, Rex ‘George Rockwell’ Harrison,” an allusion to American Nazi party founder George Lincoln Rockwell.

Harrison reportedly disrupted Newley’s scenes and demanded they be cut. Black actor Geoffrey Holder was also on the receiving end of racist remarks by Harrison, further poisoning any sense of camaraderie remaining on the set.

As the title character and as one of the most powerful and bankable actors of our time, Robert Downey Jr. was unlikely to have suffered any such racist venom on the set of “Dolittle.” Downey traces his Jewish heritage through his father, Robert Downey Sr., whose parents were Jewish. Downey Sr. was born Robert Elias Jr., and changed his name from Elias to Downey in order to gain the help and approval of his stepfather, named Downey, to enlist in the U.S. Army while he was still underage.

Downey Jr. reaffirmed his ancestral connection in 2004, when he told a reporter from the New York Times that, after experimenting with Hare Krishna and Roman Catholicism, “Now I would call myself a Jew-Bu, a Jewish-Buddhist.” Downey practiced what he preached the following year, when he married Jewish film producer Susan Levin in a Jewish ceremony on Long Island, thereby giving new meaning to the term “Iron Mensch.”