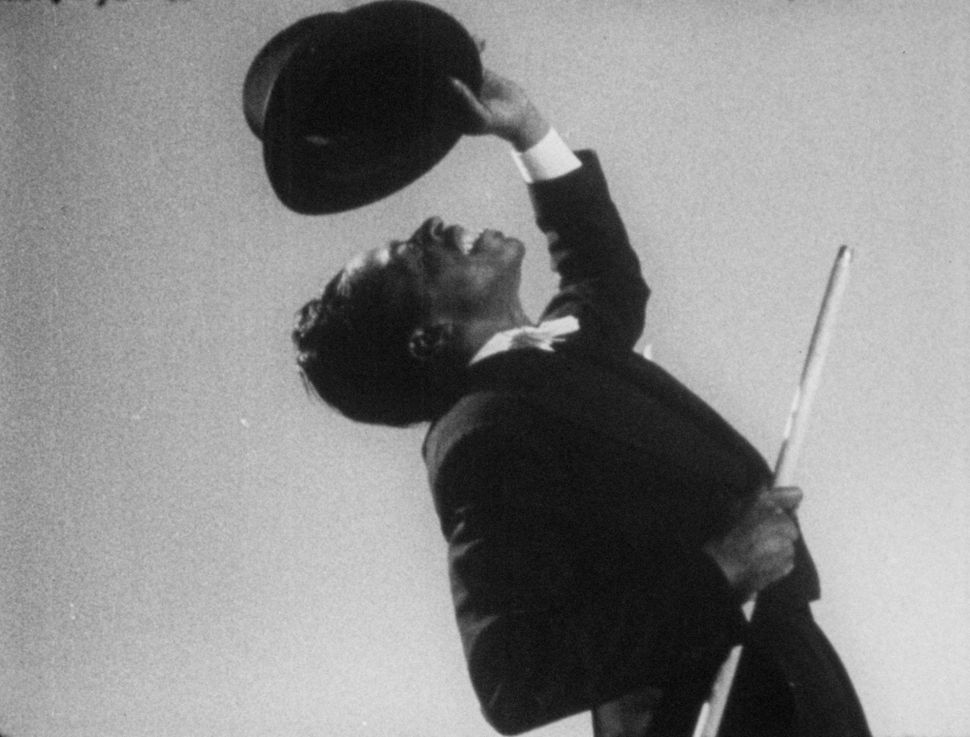 One proof of documentarian Leo Hurwitz’s genius is how he continued working and innovating even while he was blacklisted.

As America was in the fever of the red panic, the leftist filmmaker — perhaps best-remembered for capturing the syndicated TV footage Adolf Eichmann’s 1961 trial in Jerusalem — was still in demand, though officially barred from most industry work. He accepted contracts from the United Nations, rescued a project for Pan American Airways and developed early musical revues for NBC, all while being one of 151 names in 1950’s infamous “Red Channels: The Report of Communist Influence in Radio and Television.” Even and especially in the work he produced secretly, Hurwitz was reinventing documentary film with new techniques and technology that prefigured direct cinema and cinéma vérité by nearly a decade.

As part of its annual “To Save and Project” series, the Museum of Modern Art is showing three shorts by Hurwitz, two of which were made anonymously, but nonetheless changed documentary film forever.

The first film in the program, “Emergency Ward,” was presented as a proof of concept to CBS’s “Omnibus” series of documentaries. Life magazine photographer Fons Ianelli approached Hurwitz in 1952 with raw footage he had shot at St. Vincent’s Hospital in Greenwich Village. Ianelli filmed it with a novel new camera of his own design, which shot 16 millimeter film while recording sound with a portable microphone. A rig with this sort of mobility had never been used before, and it presented new possibilities for documentary films, which up until that point had struggled with synchronous sound.

Hurwitz edited the work, but his contribution was kept a secret due to his suspected “Un-American activities.” The producer of “Omnibus,” Richard Saudek, was impressed by what he saw and signed Ianelli and his unseen, unknown and uncredited partner for three films. The first — and only completed — film of the proposed three, “The Young Fighter” (1953), about a boxer caught between family and the ring, is also screening at MoMA on January 18. It has the distinction of being perhaps the only film to be directed almost entirely over the phone. (While Hurwitz was once the director of News and Special Events for CBS, he couldn’t be seen working for them after 1950 due to the network’s compliance with the blacklist.)

While each of the shorts, including a jazz performance, “Dancing James Berry” (1954), co-directed with Mura Dehn, reveal different modes of Hurwitz’s style, they all hold true to the same philosophy that guided him when he was a young student at Harvard in the late 1920s.

“He had two initial ideas,” Peter Bagrov, curator of the Moving Image Department of the George Eastman Museum in Rochester, NY, which houses Hurwitz’s collection, said at a January 13 screening at MoMA. “One was that you get fascinated by art and literature more or less on a physiological level, because of the phonetics. The rhythm of the poetry of Emily Dickinson, for example, because of the colors of Van Gogh, because of the rhythm and the chords of music — whoever it is: Bach, Mozart.”

The viewer can see these rhythms at work in the films: The soundscapes of St. Vincent’s Hospital, where ambulance claxons blend into the chatter of the triage areas; the intercut scenes of a boxer stretching at the gym while his wife tends to their baby in their unfurnished apartment; the kinetics of a dancer high-kicking and cane-twirling to the sounds of a jazz band — a montage of sound, music, movement and scenario.

Hurwitz’s second idea was the psychological and social context of the artist and the notion that pure documentary film, as it was being recorded, was not enough to engage a broader audience.

Born in 1909, Hurwitz grew up in Williamsburg, the youngest son of an immigrant pushcart peddler and factory worker from southeast Russia. That history and his Ivy education courtesy of a Harvard Club scholarship — a rare feat for first generation Jews of the time — informed his blend of craft and social consciousness.

During The Depression, Hurwitz filmed the Hunger March in Washington with the Workers Film and Photo League, a leftist collective aligned with his politics and committed to using film for social improvement. But he broke with the League in 1935, concluding that its insistence on pure documentary footage was not enough to win new allies in the group’s fight. He and several fellow Photo League defectors next formed NYKino (later Frontier Films), which produced documentaries that incorporated reenactments and inventive editing and cinematography.

While Hurwitz still wanted to present social realities, he was under no delusion that film could ever come close to capturing life as it happens. He held to this, even with the rise of cinéma vérité in the 1960s.

“There’s no reality in any film, and the whole idea of cinéma vérité is a lie,” Tom Hurwitz, Hurwitz’s son and a documentary cinematographer and professor of film at the School of Visual Arts, said at a Q&A at MoMA. “Of course any time there’s a camera in the room it changes everything, any time you take a piece of film and you cut it, one piece of film next to another, you’re creating your own vision and not the vision of what exactly happened. All of that’s fine because that’s what art is. And cinema is art.”

The irony is that without Leo Hurwitz, there might not be cinéma vérité. “The Young Fighter,” with its fly-on-the-wall dynamics, had a direct influence on Richard Leacock, a pioneer of the vérité form. According to Tom Hurwitz, around 1956 or ‘57, his father showed Leacock two films in their home, “Strange Victory” (1949), about prejudice faced by black soldiers returning home from World War II, and “The Young Fighter.”

“Ricky Leacock was completely uninterested in this message film — tremendously powerful, about the ideas of the German fascists still alive in America, after we’d won the war,” said Hurwitz. “But ‘The Young Fighter’ really took his imagination.”

Two years after seeing the film, Leacock showed it to Robert Drew’s unit at Time Life Film, where the cinéma vérité school was eventually developed. After seeing it, the unit secured a million dollar investment for a new kind of camera to shoot the early examples of vérité, including 1960’s “Primary.”

But while “The Young Fighter” might be credited as a pre-véritée vérité film, it was not a style that Hurwitz had an interest in pursuing further.

“Leo never did cinéma vérité again,” Hurwitz said. “He felt it didn’t give him enough control and he was about control.”

That control didn’t mean wholly distorting the narrative, but bringing on a candid perspective, something all the films certainly have.

“The Young Fighter,” presents the boxer as worker, with family life in one corner, career ambition in another, and the strictures of capitalism playing referee.

“Dancing James Berry” (1954), the program’s final film, is indicative of Hurwitz’s rang, using double-exposure to capture a soft-shoer’s shadow floating free of his body. While not overtly political in content, Hurwitz co-directed it with a woman and featured a black subject.

The politics are inseparable from the art. Even in the curation of Ianelli’s footage in “Emergency Ward,” we see a tale of class difference. Mid-Atlantic-accented doctors tend to Yiddish, Italian or Spanish-inflected patients, who, even in a vulnerable, bandaged or semi-dressed state, retain a quiet dignity.

“I think you saw his politics is in this wonderful documentary sensitivity of the grandeur of everyday people,” Tom Hurwitz said. “If Leo taught me anything, that’s what he taught me, and it’s what I try to teach my students. That’s the central fact of documentary, it has to do with the appreciation of the potential grandeur in everyone, in every person, no matter what they do.”