At a Holocaust play reading, a Jewish community divided 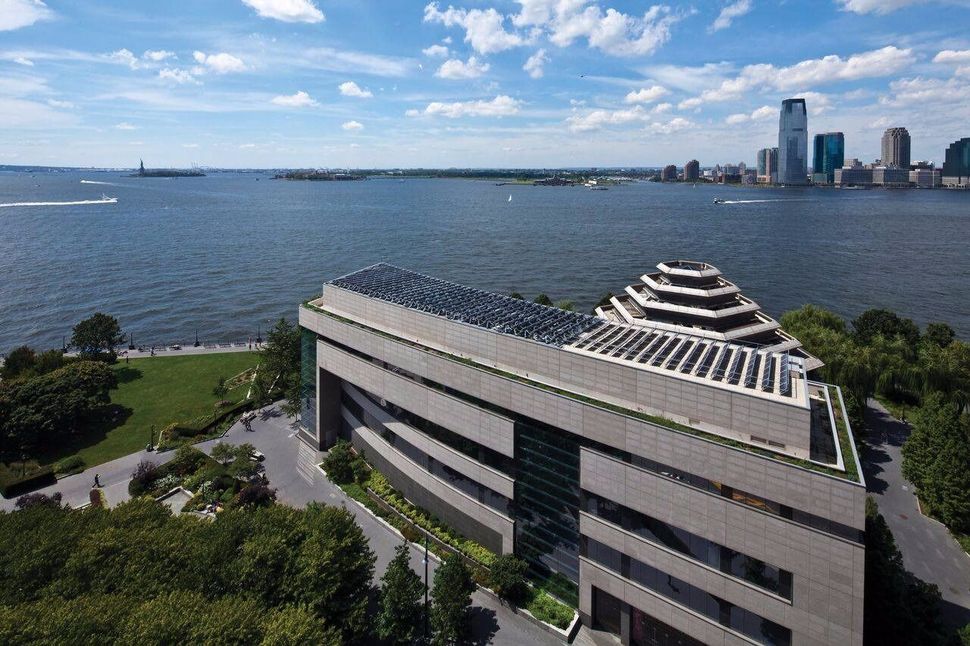 Image by Museum of Jewish Heritage/Facebook

On Thursday night at the Museum of Jewish Heritage – A Living Memorial to the Holocaust, Theater of War presented excerpts from Peter Weiss’s “The Investigation,” culled from transcripts of the Frankfurt Auschwitz trials from the 1960s.

The script’s content ranges from clinical descriptions of Nazi horrors to stirring, if understated, testimony on the banality of evil. But when the actors — including Jesse Eisenberg, Jennifer Mudge, Kathryn Erbe, New York City Public Advocate Jumaane Williams and two survivors of the Rwandan genocide — stepped back from their music stands, a fresh drama started up in the house.

The production, funded and introduced by museum chairman Bruce C. Ratner, was meant to be timely and prompt discussion about resurgent anti-Semitism and broader oppression by world governments. But when audience members were invited to share their reflections on the play, things got awkward quickly.

Theater of War bills itself as a social impact company. They don’t turn off the house lights or request that you silence your phone. Performances conclude with a discussion among notable members of the community before the floor is opened to the audience.

In this case, the panel included Holocaust survivors Ruth Zimbler and Fredrick Terna, third-generation relative of survivors and lawyer Amy Mittelman and Brooklyn Pastor Sareve Lawson, who also works with the King’s County District Attorney in the Hate Crimes division. 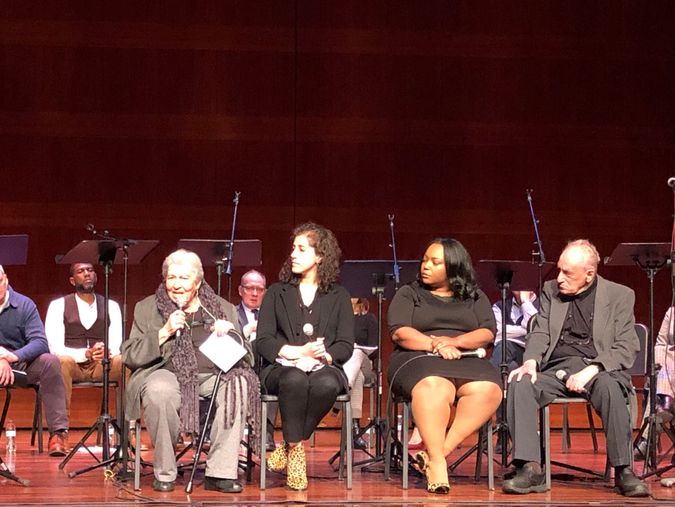 “What reached you tonight in this room across time?” artistic director Bryan Doerries asked after the panel shared their thoughts on the play.

Connections were made quickly, and two main concerns were raised: That immigrant families face inhuman treatment and that Jews are under threat in New York City — many audience members made the point that race was an issue in the latter instance, sparking moments of anger and interruption.

Two previous productions played in Brooklyn, with a more diverse audience — the crowd at the Museum was overwhelmingly white. Doerries said both prior performances broached the issues of hate crimes in Brooklyn, leading to moments of tension, but were balanced by an audience that was almost 40% black. An actor in the company who had been in the previous two shows told the Forward that this performance was the tensest of the three. The audience discussion began on a benign note, but rose to a fever pitch.

“The fact that people could devolve so quickly and easily into just complete evil is very frightening,” said one woman, who drew a comparison between Nazi officers’ excuses and the defenses made by politicians in New Jersey, who she said partially blamed the Jersey City attacks on Hasidim gentrifying the area. “We’re hearing the same sorts of excuses, hatred and fear that we heard in the early 1930s.”

One man who identified himself as a professor at City College appealed for help for his Dreamer students. “I’ve watched the change,” he said. “We’ve had our undocumented people who are living in our country by our side — we are not in a legal time. We are in a lawless time because Congress did not pass bills.”

The professor’s remarks were greeted with applause, and others followed his theme, speaking of the Trump administration’s family separation policy. One woman claimed that xenophobia was now a central part of the Republican party, prompting objections from others in the audience.

Moments later, the discussion got more heated when a woman who called herself a “proud first-generation Jewish New Yorker and graduate of City College (when it was merit-based)” turned the discussion to the issue of animosity between the black and Jewish communities. “I put on Channel 1 and I see African Americans beating up Hasidic men. What are we doing? I’m seeing blacks beating up Jews; what are we going to be doing about it?”

Lawson, who is black, responded by citing her own Jewish ancestry, saying that when she hears about “blacks committing crimes against Jewish people,” she feels like her black Jewish family members are going unacknowledged.

“While I understand your frustration from a legal standpoint — I work in Brooklyn [with the division for] Hate Crimes, I have not slept in weeks because of the hate crimes, I feel erased from that conversation.” Lawson said. “When you ostracize people over a few incidents, you erase the greater truth that there is anti-Semitism on the rise, but there is also just greater discord on the rise.”

“Is it a few?” a woman in the audience asked.

“It is a few,” Lawson responded and turned to the importance of education. She spoke of the Hate Crime Bureau’s effort to bring minors accused of, or charged with, committing crimes to the Museum of Jewish Heritage to speak with Holocaust survivors.

“I can tell you personally that that tour changes their life,” Lawson said, adding that it’s not just African American children, but Ukrainian children and children from different areas of Brooklyn who have taken the tour.

A black woman from Crown Heights rose to say that her children grew up in the same building with Hasidic children, playing with them and sharing a sukkah with their families.

“I watched waves of the violence and we would come together, and then it would rise up and go away,” she said. “These are young people that are committing these crimes.”

In the final minutes, a young black man took the microphone, saying he was moved to hear the survivors speak and to sit in a room that he prayed could “put us face to face with love.”

“I’ve heard a lot of things in the room that I definitely don’t agree with, but what it makes me think is if I hear hate, it is my job to counter that with love,” he said. “If I were in a room full of people that were hating other people, that means that that group doesn’t know about those people. So, if I’m running out into the street and I’m attacking Jews, that means I don’t know enough Jews personally. I’m not sitting down and breaking bread with them. And if I’m in a room and I hear about ‘Blacks attacking’ and I think that means ‘All black people,’ it means I’m not sitting down with enough black people.”

Some applauded, and one woman appealed to her coreligionists to be a part of the larger community, less cloistered in their own comfort zones. But by then, many in the crowd had already left.

One postscript: When “The Investigation” debuted in 1965, it was controversial for not including the words “Jews” or “Germans.” Critics accused Weiss of not making the play specific enough. Defenders of the play argued that the removal of these proper nouns made the piece more universal — the victims and the perpetrators might be anyone, anywhere and at any time.

At a Holocaust play reading, a Jewish community divided