In Amsterdam, borne back ceaselessly into a Jewish past 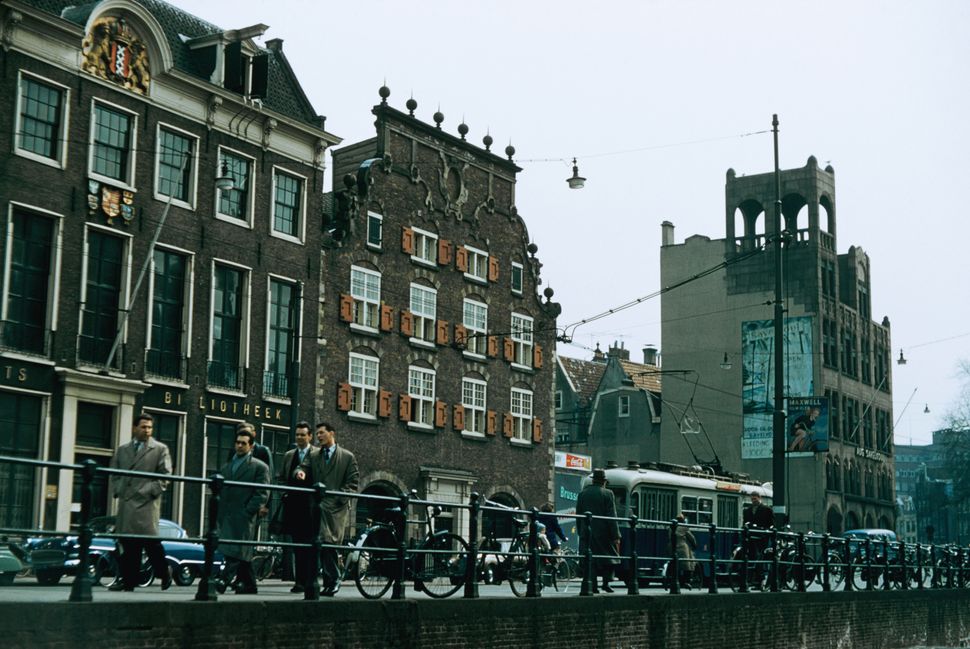 The canals of Amsterdam Image by Getty Images

By Emuna Elon; translated from Hebrew by Anthony Berris and Linda Yechiel

The plot of Emuna Elon’s lovely novel – about history, fiction and the importance of family ties — begins with a broken promise: The prominent Israeli novelist Yoel Blum has agreed to return to his birthplace of Amsterdam to promote his latest book, even though he gave his word to his late mother that he would stay away.

At a literary event, he tells his Dutch audience that the past cannot be hidden. But he also expresses the hope “that my writing does not wallow in the mire of the past, but carries my soul and the souls of my readers to what is the present and to what will be in the future.” The hope will prove ironic: The rest of “House on Endless Waters” both posits and demonstrates the inextricability of past and present.

During this first fateful visit, Blum stops at the Jewish Historical Museum with his wife, Bat-Ami. There, in the midst of footage of Dutch Jewry, he stumbles on an unfamiliar image of his family – a photograph of his mother, father and sister with an infant whom he does not recognize. Could that be a brother lost in the war?

Rattled, Blum questions his sister, Nettie. The hints she offers compel him to return to Amsterdam, with his writers’ notebooks, to find out – or imagine – more of his family’s story. “He would have to weave the story of his life with the few torn threads Nettie handed him,” Blum thinks. 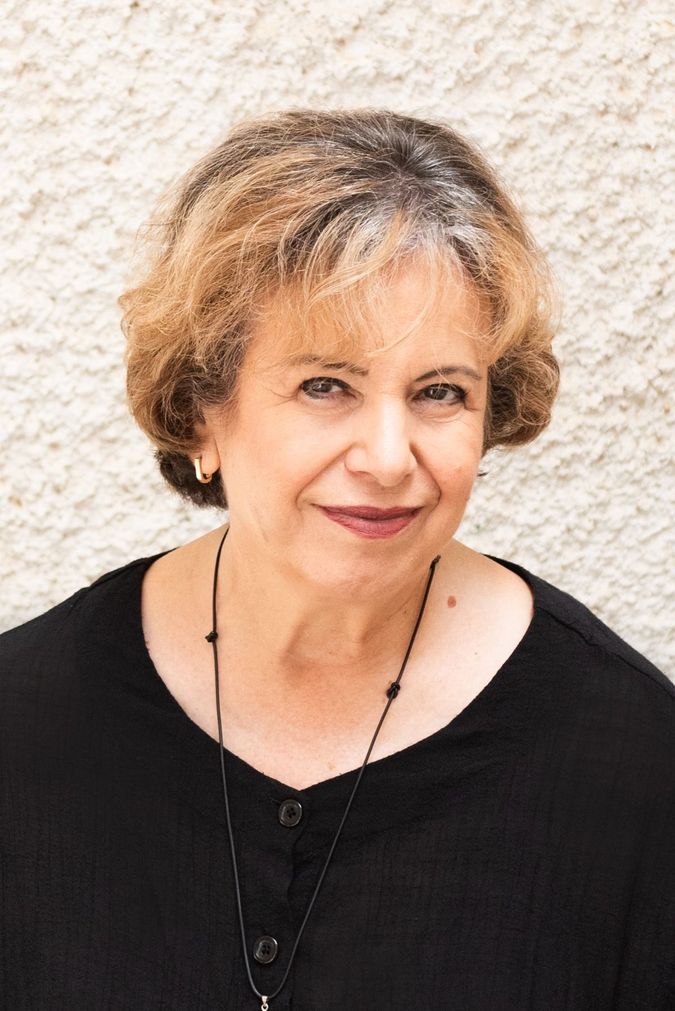 On his own, he strides through the city, digging into its Jewish history and surveying the locations where his family and their friends once lived and worked. He is gathering material for the novel “of his life” – that is to say, both a fictionalized autobiography and his culminating masterpiece. In the process, past and present first alternate, then slowly converge and merge – for both Blum and the reader.

Brilliantly translated from the Hebrew, “House on Endless Waters” is an intensely clever literary construction that never compromises readability. The title evokes the idea of a series of reflections that, like a mirror to history, offer clues to Blum’s identity and the circumstances that brought him to Israel. The water of the canals becomes a conduit to the past, or at least to the world of the imagination:

The book is both an historical novel and a meta-fiction. It describes the vise that tightened on Dutch Jews after the Nazi invasion, as anti-Jewish regulations accelerated and deportations and rescue efforts began, as the underground began to forge identity papers and secrete Jewish children with Christian families.

But “House on Endless Waters” is also a meditation on the writing of fiction. At times, the novel seems to be the book that Blum is composing about his family’s past. That conceit is fostered by the division of the novel into “notebooks,” suggesting that we are reading the fruits of Blum’s research.

We know from nearly the beginning that the novelist’s identity is in question, and the astute reader will quickly discern who, in fact, Blum is. The conundrum is what happened to catalyze the identity switch – a mystery solved only in the novel’s closing pages. More elegant than the mystery itself is Elon’s technique, as her novel seems both to anticipate and then merge with the novel Blum is writing about his family’s wartime ordeals.

We learn that his mother, Sonia, and her husband, Eddy, live in a basement apartment in Amsterdam with their children, Nettie and Leo. In the same building are their friends, Anouk and Martin, an art dealer, who have an infant son, Sebastian. Anouk’s father, a Jewish banker, eventually becomes part of the city’s Jewish Council, helping to enforce Nazi decrees.

As Blum immerses himself in the history, he feels paranoia about being a Jew, as though the outrages of the Nazi period are happening all over again. He wanders the streets as though “there is no division between one person and another, between reality and imagination, between time and time.”

When he enters the Rijksmuseum, he sees Sonia and Eddy, seeking refuge from a Nazi roundup. At another point, he passes a famous concert hall and hears snatches of the last wartime concert performed there by Jewish musicians. Later, at a Nazi collection point, “He stands and watches how Jewish families are being led inside.” Then he wakes to a morning when, he realizes, Sonia must relinquish her bicycle. 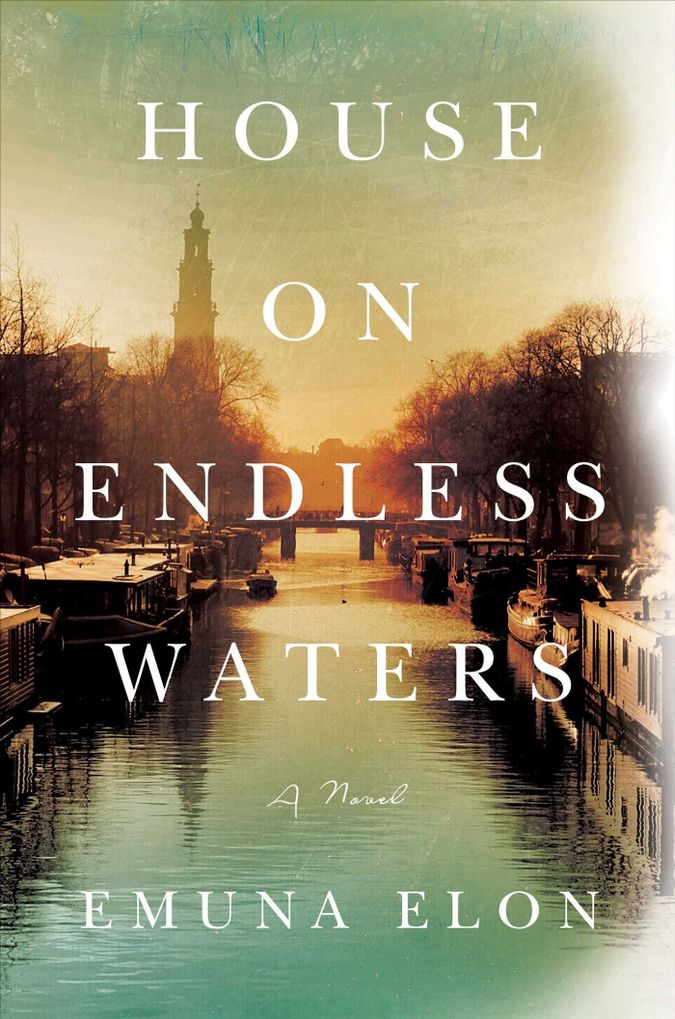 “House on Endless Waters,” by Emuna Elon Image by Atria

Meanwhile, in the past, the danger is mounting for his family. Eddy is ordered to report for deportation. Martin suggests that Sonia and her two children go, separately, into hiding. Relatives and friends are disappearing.

In the present, Blum loses track of the days, “since he discovered that there is really no difference between past, present, and future. That there really is only one time. And that everything is one.”

But the fallout is not merely philosophical. As he allows the past to sweep him away, Blum is emotionally transformed. In touch with the depth of his mother’s love, he becomes more attached to his family, telling his wife, finally, that he loves her, and reconnecting with a once-beloved grandson. And remembering himself as a lost child, he sees children, too, with a newly compassionate vision. This intricately metaphorical novel ends with that epiphany – and with yet another image of water.

In Amsterdam, borne back ceaselessly into a Jewish past