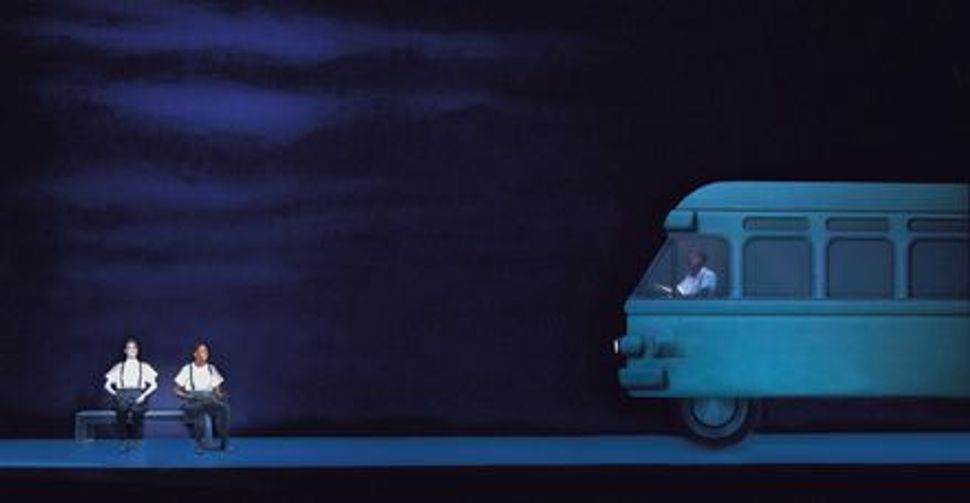 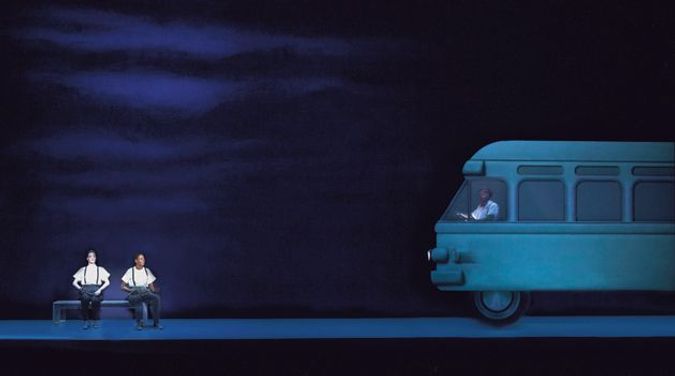 Philip Glass turns 83 today. In honor of the prolific composer’s achievements in music for stage and screen, here is a quiz about the minutiae of Glass’s life and work — assembled (how else?) in modular parts.

I. MINIMALIST EXPERIMENTS AND THE BIRTH OF GLASS’S ‘INTENTIONLESS MUSIC’

Philip Glass, who is generally regarded as a polite, mild-mannered fellow, once punched a man. What for?

Climbing onstage and trying to play along on the keyboard at a performance of “Two Pages” in Amsterdam in 1969. Hecklers were common among audiences first hearing Glass’s loud, repetitive experimental music. At another performance, in Central Park, a schoolteacher started yelling that the musicians didn’t know how to play their instruments. That time, the police intervened.

What exactly was Glass smoking in the 1960s?

Nothing — maybe. Producer Kurt Munkacsi claims that in those early days performing with the Philip Glass Ensemble in downtown art galleries and lofts, everyone but Glass did drugs. Can this possibly be true? Glass’s solo violin piece “Strung Out” (1967) was ostensibly named for the way its 20-page manuscript was meant to be unfolded and hung up on the walls of a performance venue, though Glass also allows for the possibility that the title could refer to the expression meaning “to be at the end of one’s tether.” In interviews, he has often rejected the claim that his minimalist compositions were designed for meditation (chemically assisted or not), insisting that his music, like most, is meant to be listened to.

Which Philip Glass work did the U.S. Copyright Office refuse to register?

“1+1” (1967) — a piece in which the performer, tapping his or her hands against a tabletop, is instructed to combine two basic rhythmic “building blocks” into “continuous, regular arithmetic progressions.” The squares at the copyright office said it was a “theoretical model” rather than a true composition.

In 1964, Glass traveled to Paris to study counterpoint with Nadia Boulanger, the legendary taskmaster and teacher of 20th-century American greats like Aaron Copland. While abroad, Glass also:

(D) wrote his first piece for the theater, a soprano saxophone duet to accompany Beckett’s “Play.”

(E) attended a couple of Pierre Boulez concerts and decided they weren’t for him.

What did actresses JoAnne Akalaitis and Ruth Maleczech do in performances of Glass’s 1960s concert work “Music for Woodwind Quartet and Two Actresses”?

Declaimed a soufflé recipe over the music. Tragically, the work has been lost.

III. WHY MAKING MONEY IS DIFFERENT FROM SELLING OUT

Which two rock musicians attended a performance of Glass’s “Music With Changing Parts” (1970) at London’s Royal College of Art in 1971?

David Bowie and Brian Eno. Glass’s influence found its way into their work, and in 1992 Glass brought things full circle with his Symphony No. 1, which was loosely based around three themes from their 1977 album, “Low.”

For which film did Glass win the Golden Globe Award for best original score?

“The Truman Show” (1998). His scores for “The Hours” (2002) and “Kundun” (1997) also snagged Golden Globe nominations and, along with the score for “Notes on a Scandal” (2006), were nominated for Oscars. Other notable works for the big screen include the score for Errol Morris’s documentary “The Thin Blue Line” (1988) and the spooky piece Glass wrote for the Kronos Quartet on the occasion of the rerelease of “Dracula” (1931) in 1999.

Who wrote the lyrics for Glass’s pop-ish album “Songs From Liquid Days” (1986)?

Paul Simon, Suzanne Vega, David Byrne and Laurie Anderson. “Everybody was hoping that somehow, accidentally, I would write a hit song,” Glass later said of the project. He didn’t.

Philip Glass’s likeness was used to advertise which product?

Cutty Sark Scots Whisky, in a 1982 advertisement in Newsweek under the banner “Here’s to those who can make history out of the same 12 notes.”

True or false: Philip Glass is a Jew-Bu (Jewish Buddhist).

A trick question, really — but probably false, given his distaste for labels. Glass was born to Jews, and these days he studies with a Qigong teacher and Taoist spiritual adviser, a Toltec shaman and a Tibetan Buddhist lama. He has met the Dalai Lama on several occasions, and his fifth symphony, “Requiem, Bardo,” borrows sacred texts from Latin, Sanskrit, Hebrew, Zuni, Tibetan and Muslim sources, among others. The unsuspecting journalist who asks Glass about his Buddhist practice is sure to be met with the composer’s insistence that he doesn’t adhere to any one particular faith. “You might say I’m a Taoist, I’m a Hindu, I’m Jewish, I’m Christian,” he told one reporter. In another interview, he remarked, “No particular culture seems to have a copyright on profound ideas about the world.”

Philip Glass hates which of the following?

Answer: (B). His East Village townhouse is filled with lamps. He collects (C), according to his fourth wife, Holly Critchlow, and has been known to amass a certain amount of (A), especially on the top of his piano, when he’s working on a big piece.

Where is Glass’s summer home?

Cape Breton Island, Nova Scotia. He bought it with his first wife, JoAnn Akalaitis. (Akalaitis, who later went on to serve as artistic director of The Public Theater, named her first experimental theater troupe Mabou Mines, after a village near the house.) Today the place consists of a main house, a farmhouse and a hermitage, where Glass writes. There are also 11 little cabins, where friends and family stay. Visit, and you’re likely to find, say, Dennis Russell Davies, the conductor responsible for many of Glass’s orchestral commissions, lounging in a hammock.

Who is Glass’s most famous relative?

Either Ira Glass, whose dad is his first cousin, or Al Jolson, who was Glass’s father’s uncle. Another uncle played drums for the Marx Brothers.

V. HOW TO SUCCEED

What did Glass study in college?

Mathematics and philosophy, at the University of Chicago, where he enrolled at the age of 15 and graduated three years later. That was after studying music at the Peabody Conservatory from the age of 8, and before he entered The Juilliard School’s composition program. His parents, the offspring of Jewish immigrants from Lithuania and Belarussia, thought he was going to be a doctor. Oy.

Philip Glass never held which of the following jobs?

Answer: (C). That was Charles Ives. The crane operating gig (A), at Bethlehem Steel in Glass’s native Baltimore, helped pay his Juilliard tuition. Later, in New York City, he formed the company Chelsea Light Moving (B) with his cousin, sculptor Jene Highstein, to support their downtown art habit.

How much did it cost Glass and Wilson to mount “Einstein on the Beach” at the Metropolitan Opera in 1976?

$900,000 — and to make matters worse, they lost $10,000 on each sold-out performance. To raise money to cover $90,000 of outstanding debt at the end of the run, Wilson sold his drawings and Glass sold his score and famously worked shifts as a cab driver and plumber. It was a $20,000 commission from the City of Rotterdam, in the Netherlands, to write a “real opera” (the piece that would become “Satyagraha,” about the life of Gandhi), combined with a $10,000 grant from the Rockefeller Foundation, that finally enabled Glass to make the switch to composing full time.

How much did the Metropolitan Opera pay when it commissioned Glass to write “The Voyage” (1992), an opera about Christopher Columbus?

$325,000 — at that time, the largest commission in the history of the opera house. Tastes change.

What was Glass able to provide to the members of his ensemble, beginning in the mid-1970s?

Unemployment insurance. Health insurance followed a few years later. In addition to driving taxi cabs, Glass guaranteed the financial security of his group by carefully guarding the performance rights to his music. Rock bands made money performing their own music on tour, so why should the Philip Glass Ensemble be any different? To this day, Glass’s publishing company, Dunvagen Music Publishers, still has final say over where and by whom his music is played, and Glass himself continues to perform.

Which hotshot young contemporary composer worked for Glass from 1999 to 2008?

Nico Muhly. He got the job when he was a sophomore at Columbia University. Working at the composer’s studio in SoHo, Muhly took Glass’s handwritten manuscripts and used an electronic keyboard to “play them in” to a computer program that could play back the full orchestrations on synthesizers. As many as three pieces were in the Glass pipeline at any given time.

What did Glass do, unannounced, on his 75th birthday on January 31, before the American premiere of his ninth symphony at Carnegie Hall that evening?

Put a previous recording of the symphony, from its world premiere a month earlier by the Bruckner Orchester Linz, up for sale on iTunes. By February 2 it had reached No. 15 on the iTunes top-100 albums chart.

Of course, by then, work on the 10th symphony was well under way.

Eileen Reynolds has written about the arts for publications including The Believer and newyorker.com.