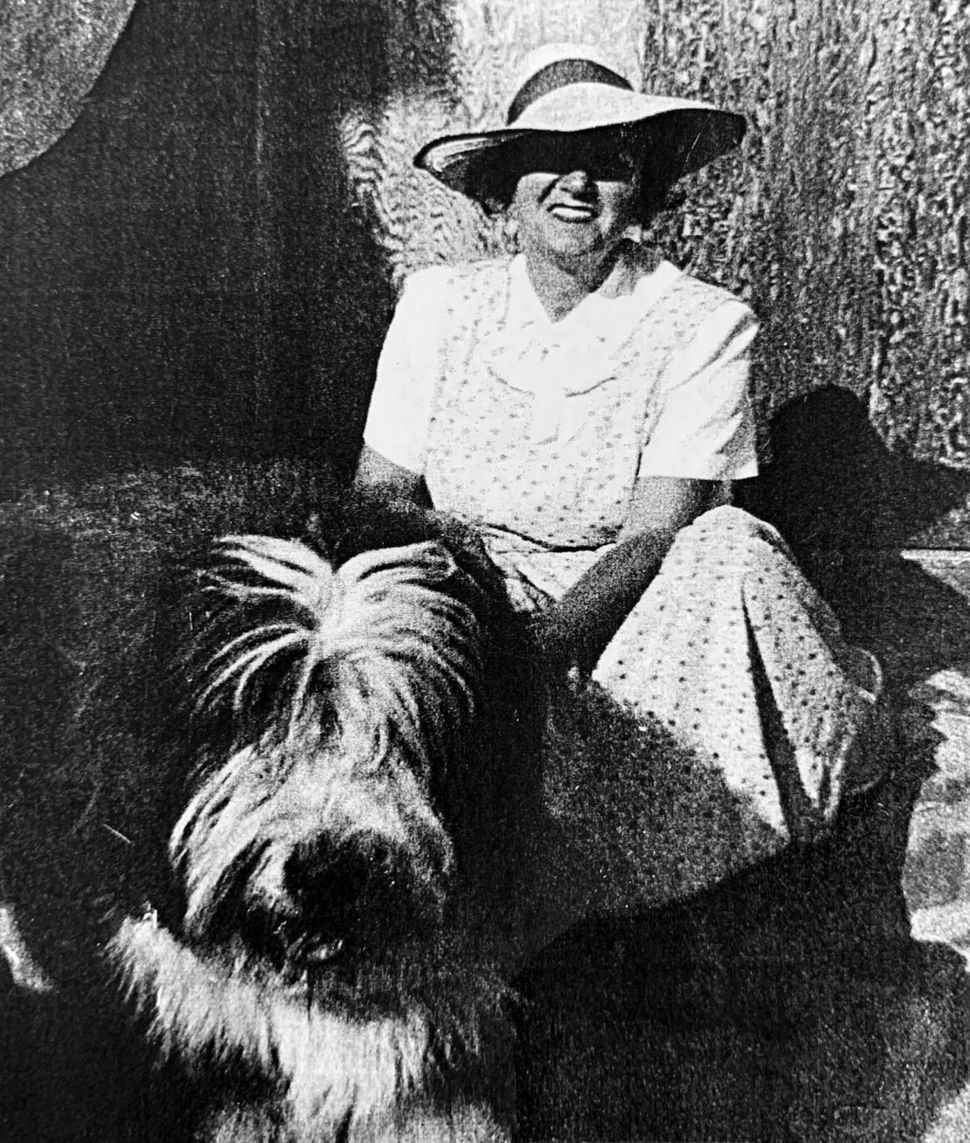 Salka Viertel Image by Other Press

The Sun and Her Stars: Salka Viertel and Hitler’s Exiles in the Golden Age of Hollywood

Imagine this alternate history of movies: Had Hitler not become a political force during the 1920s and 1930s, Berlin rather than Hollywood could have been the epicenter of film. So many of Hollywood’s defining talents that emigrated — or fled — to Tinseltown before World War II spent their formative years in the Weimar capital.

Among them were actors and filmmakers Marlene Dietrich, Greta Garbo, Fritz Lang, Peter Lorre, Ernst Lubitsch, F.W. Murnau, Max Reinhardt and Billy Wilder, composers Arnold Schoenberg and Igor Stravinsky, and writers Vicky Baum, Heinrich and Thomas Mann, and Franz Werfel. They were “Hitler’s gift to America,” writes longtime book reviewer Donna Rifkind in her lustrous biography of Salka Viertel, the shamefully unsung stage actress-turned-screenwriter whose own gift to America was to make the transitions and lives of German-speaking expatriates to the States infinitely better and more productive.

Some of them were Jews fleeing Hitler. Others, like the Mann brothers, were ideological refugees. What unified them in exile was more Weltschmerz than religion or politics. Their Weimar-on-the-Pacific, where they congregated on Sundays to celebrate their collective escape, mourn their loss of homeland and identity, and enjoy — in German and English — the pleasure of each others’ company (not to mention the strudel and chocolate torte), was 165 North Mabery in Santa Monica. Their hostess was Viertel, subject of Rifkind’s vibrant portrait, “The Sun and Her Stars.” Belatedly and beautifully, Rifkind restores this singular figure to her rightful stature.

Oft-cited in the margins of Hollywood memoirs by Charlie Chaplin and S. N. Behrman and in the footnotes of Garbo and Mann biographies, Viertel (1889—1978) was a combination screenwriter, studio whisperer, benefactress, connector, life coach and lay rabbi.

While her day job was writing for Garbo (most famously, “Queen Christina”), by 1938 her all-day-and-night job was ministering to the exile community, helping members find housing and jobs and negotiate the mazes of U. S. immigration and Los Angeles transit. For 30 years in Hollywood Viertel gave more than she could afford of her time and money, much of the latter generously donated to the European Film Fund. In her later, leaner, years the EFF would support her. 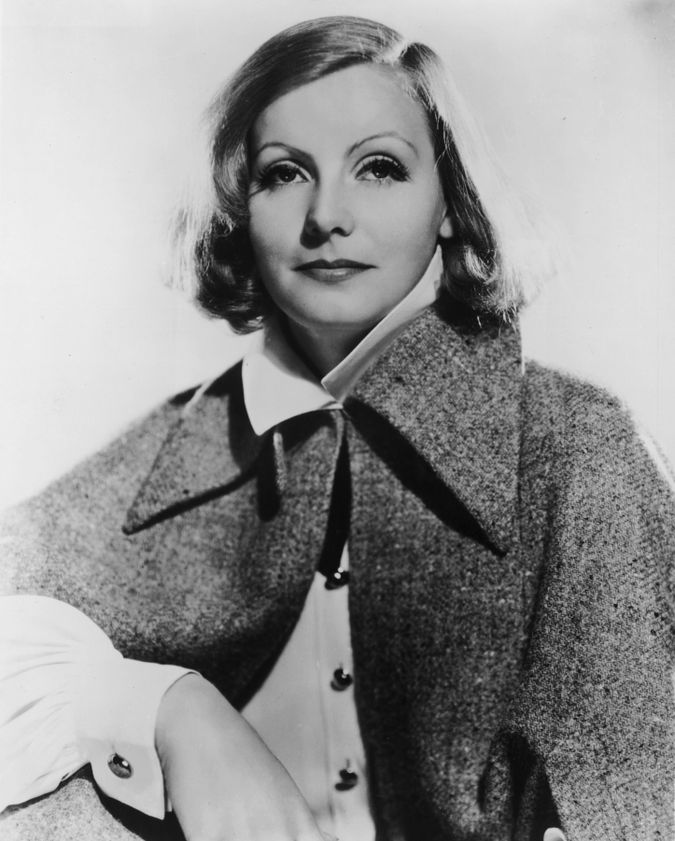 Source of Inspiration: Salka Viertel did some of her best-known screenwriting work for Greta Garbo. Image by Getty Images

She was born Salomea Steuermann to prosperous (if not observant) Jews in Galicia (present-day Ukraine) when it was still part of the Austro-Hungarian empire. She distinguished herself on stage in Germany and Austria before and during World War I when she witnessed the Russian siege that laid waste to the family’s estate in Sambor, a garrison town where her father was mayor. In 1918, at the age of 29, she wed Austrian poet and theater director Berthold Viertel, heroically maintaining a stage career and commuter marriage while also giving birth to three sons. Between cities, sons, and gigs, she also knocked out a screen treatment for Hungarian producer Gabriel Pascal. It was never produced, but the money helped.

“They were citified bohemians with many addresses and no home,” describes Rifkind, when Murnau, who had just directed the landmark film Sunrise (1927), offered Berthold a job in Hollywood as his scriptwriter. Given hyperinflation and economic uncertainty in Germany, they took a chance on America, parking their sons in Dresden with a nanny. Before boarding the train in New York for Los Angeles, they ran into Max Reinhardt, the theater giant then directing a play on Broadway. was directing on One in his retinue correctly predicted that Salka, then 39, would not find much work as an actress in Hollywood, where her stage presence and talent would be trumped by the more highly valued Hollywood assets of youth and beauty.

She learned English (her eighth language) and how to drive. Before long, she brought her sons to California, setting up household in a Tudor-style cottage on Mabery near the ocean in Santa Monica. It was there that she nested, art-directing her stage where she enjoyed her longest-running role as a salonniere, hosting guests on Sunday afternoons, introducing European intelligentsia to Hollywood power — and vice-versa.

Although Salka sporadically appeared in films directed by Berthold, she channeled the greater part of her creative energies into what Rifkind calls “pro bono human resources work,” helping Murnau prepare his Tahitian film Tabu and Soviet filmmaker Sergei Eisenstein raise funds for his abortive Mexican effort, Que Viva Mexico! Then a decisive encounter at the home of émigré German director Ernst Lubitsch changed the direction of her professional career. At Lubitsch’s home she met Greta Garbo whose acting she had long admired. (If the opposite was true as well, that Garbo may have seen Salka onstage when the former was in Berlin during the mid-1920s, Rifkind does not say.) Almost immediately they became friends, colleagues, and some say, intimates. As to whether or not they were lovers, there is ample gossip but no smoking lipstick or other positive evidence, says Rifkind, who gives a literary shrug at this facet of the Greta/Salka relationship. Rifkind correctly sees her job as chronicling her subject, not the details of her amours. Salka enjoyed a handful of extramarital affairs, as did her husband. 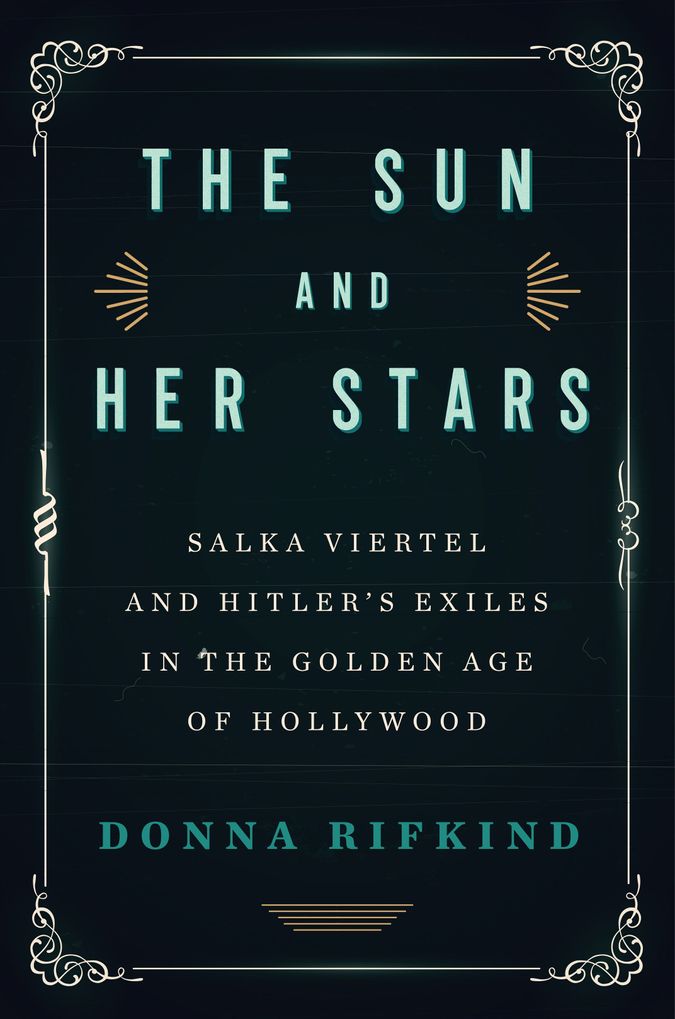 “The Sun and Her Stars” Image by Other Press

Garbo soon persuaded MGM to hire Salka for the role of Marthy in the German-language version of Anna Christie. The Swede was not the only one who recognized that Salka’s creative talents were underutilized. As the Swedish actress negotiated a new contract giving her the choice of directors and scripts, she challenged the older actress to come up with dramatic ideas. Salka had recently enjoyed a biography of Christina, Sweden’s 17th-century monarch. MGM’s greatest star as the Swedish queen was an idea that appealed to Irving Thalberg, the studio’s chief of production. He liked Salka’s treatment but thought it needed more work. So commenced Salka’s decade as Garbo’s favorite screenwriter. “Queen Christina” (1933) ranks with “Camille” (1936) and “Ninotchka” (1939) as one of Garbo’s three greatest sound films.

Salka used her stage skills to act out possible plot turns in story meetings. “One of Thalberg’s favored Scheherazades” is how Rifkind describes her. The newly-minted screenwriter worked on many other scripts for the so-called “Swedish Sphinx,” including “The Painted Veil” (1934), “Anna Karenina” (1935) and “Conquest” (1937), and the original screenplay for “Madame Curie” that Garbo turned down and was reworked for Greer Garson.

Viertel’s employment at MGM supported both her family and, by 1936, her unofficial ambassadorship to Hollywood’s mushrooming immigrant community. (Rifkind cites California historian Kevin Starr, who estimates that 10,000 from Germany and Austria left their homelands for Los Angeles between 1933 and 1941, “the most complete migration of artists and intellectuals in European history.”) Salka was the advocate of choice for immigrant artists, whether they were French actor Charles Boyer or composer Franz Waxman

Shortly after he arrived in Hollywood Waxman (you know his scores from A Place in the Sun and Sunset Boulevard) met director James Whale in Salka’s living room and composed the first of over his 100 Hollywood soundtracks for Whale’s The Bride of Frankenstein (1935). He paid Salka’s generosity forward by writing affidavits for Jews desperate to leave Europe, including a family of Viennese Waxmans who were no relation but who saw his name on movie credits and wrote him for help. Another composer she helped was Arnold Schoenberg. Years later, his who had influenced Salka’s brother, and whose lawyer grandson, Randol, fought work to restore art owned by Jewish collectors and were looted by the Nazis, like Klimt’s Woman in Gold. Conservatively there were hundreds more, maybe thousands. For these stateless figures between worlds, Rifkind describes Salka’s hospitality as ‘rehumanizing.”

When Thalberg asked Salka to intercede with Schoenberg and persuade the composer to write the score to The Good Earth (1936), she tried, making for the funniest vignette in the book. Well known to film scholars and classical music lovers, the Thalberg/Schoenberg impasse is one of the great when-worlds-collide moments in pop cultural and modernist history. Thalberg wanted to hire the composer to write a score inspired by Chinese folk songs. Schoenberg wanted $50,000 to be in total control of the music and the keys in which the actors recited their dialogue. As Rifkind writes, “Salka was a diplomat with a firm grasp of both milieus,” and issued honest warnings about the mogul’s and composer’s expectations. While the negotiations failed, Salka succeeded in “softening the boundaries between high culture and commerce in Hollywood for the benefit of each.”

Though well aware of Salka’s salons and screenplays, I had neither knowledge of the depth and breadth of her beneficence, nor the impact of her mitzvahs. And since I hadn’t read her self-effacing memoir, “The Kindness of Strangers” — I have now, and she claims very little credit for her achievement — I had no idea of how radically her life and resources ebbed after World War II.

Because her generosity extended to those sympathetic to socialist and Communist causes, after the second world war her passport was seized and she was deemed “a premature anti-Fascist,” not blacklisted but “greylisted” For awhile she was able to keep the Santa Monica salon because Charlie Chaplin gave her funds, but ultimately had to sell. In 1953 she was unable to travel to Europe and see (by then, her ex-husband) Berthold before he died. By the mid-1950s the woman who had helped so many others get jobs was herself mostly unemployed. She wrote the narration for Jean Renoir’s “The River” (1951), but was denied screen credit. She worked as one of the seven screenwriters on a piece of glamorous dreck for Hedy Lamarr called “Three Queens” (1954).

For a time she lived in New York with her beloved granddaughter, Christina, and daughter-in-law, Virginia, then wed to her screenwriter son, Peter, who left his wife for actress Deborah Kerr. Soon Virginia died from complications of a cigarette-related fire. Salka then moved to Klosters, Switzerland to be near Christina and Peter, who helped support his mother as she wrote her memoirs, published in 1969. She died in 1978.

While reading Rifkind’s extraordinary book, I thought of conducting an Oskar Schindler-type census of all the lives that in one way or other, Salka emotionally and financially rescued. Add to that sum the number of the children and grandchildren and great-grandchildren that resulted from her rescues. The Talmud says that he who saves one life saves the world entire. Surely the Viertel Jews constitute their own constellation. What a life-force Salka was. What an infinitely giving heart. What a great movie character this onetime screenwriter would make.